About a month after getting my GT I produced the first in a 3-year series of ownership articles and blog posts about the experience. These posts covered the primary aspects of driving the GT on a regular basis, including the reaction it generated from other drivers, dealership experiences and, eventually, a series of performance upgrades and race track testing. Here’s the first of many Ford GT ownership experiences, originally posted in September of 2005:

OK, so no one is sitting around thinking, “Hmmm, I’d like to buy a 2005 Ford GT, if only I could read something about the ownership experience first.” Either you’re already a fanatic of this 550-horsepower, midengine exotic car, or you don’t even know it exists. And if you’re a fanatic then you either already own one or you already plan to buy one – or you really want to buy one and simply don’t have the means.

The way I see it, this 2005 Ford GT ownership experience will appeal to the people in all of those groups (except for the ones who don’t know it exists – those people should stop wasting this Web server’s bandwidth and go back under their rocks). The long-term Ford GT will be expected to function under real-world ownership conditions. Don’t assume I’ll be using kid gloves on this former-concept-car-turned-full-scale-production-car. At six times the cost of a new Mustang GT it’s likely most owners won’t treat their GT as a daily driver, so we won’t either. But I will drive it regularly, and I’ll even utilize its world-class performance capabilities at various closed course facilities.

First let’s talk about the buying experience, which as you might expect wasn’t like a typical car purchase. Interest in, and demand for, the Ford GT has kept prices well above MSRP since the first models started showing up at dealerships in the fall of 2004. Add to that the various recall issues that slowed initial production (related to the car’s paint, fuel tank and suspension pieces), and there was far more demand than supply until recent months. But starting around June of this year you could find a Ford GT for roughly MSRP. Sure, there were plenty of dealers still asking far more than the car’s $150,000 price tag (some dreamers are still trying to get well over $200,000), but few sellers were actually getting more than $10,000 above sticker.

I got my Midnight Blue Ford GT in late August at exactly MSRP. And while I have been in contact with Ford regarding this car purchase for some time, I could have gone on eBay and/or Auto Trader the same week I bought mine and paid approximately the same price, depending on color flexibility (blue and black GTs seem to be going for slightly more than red or white, but the difference is negligible). If you’re serious about buying a Ford GT, don’t believe the popular myths about $200,000-plus pricing and limited availability. As I write this there are at least 200 models for sale on Auto Trader alone. You might also want to visit www.fordgtprices.com to keep track of market conditions. 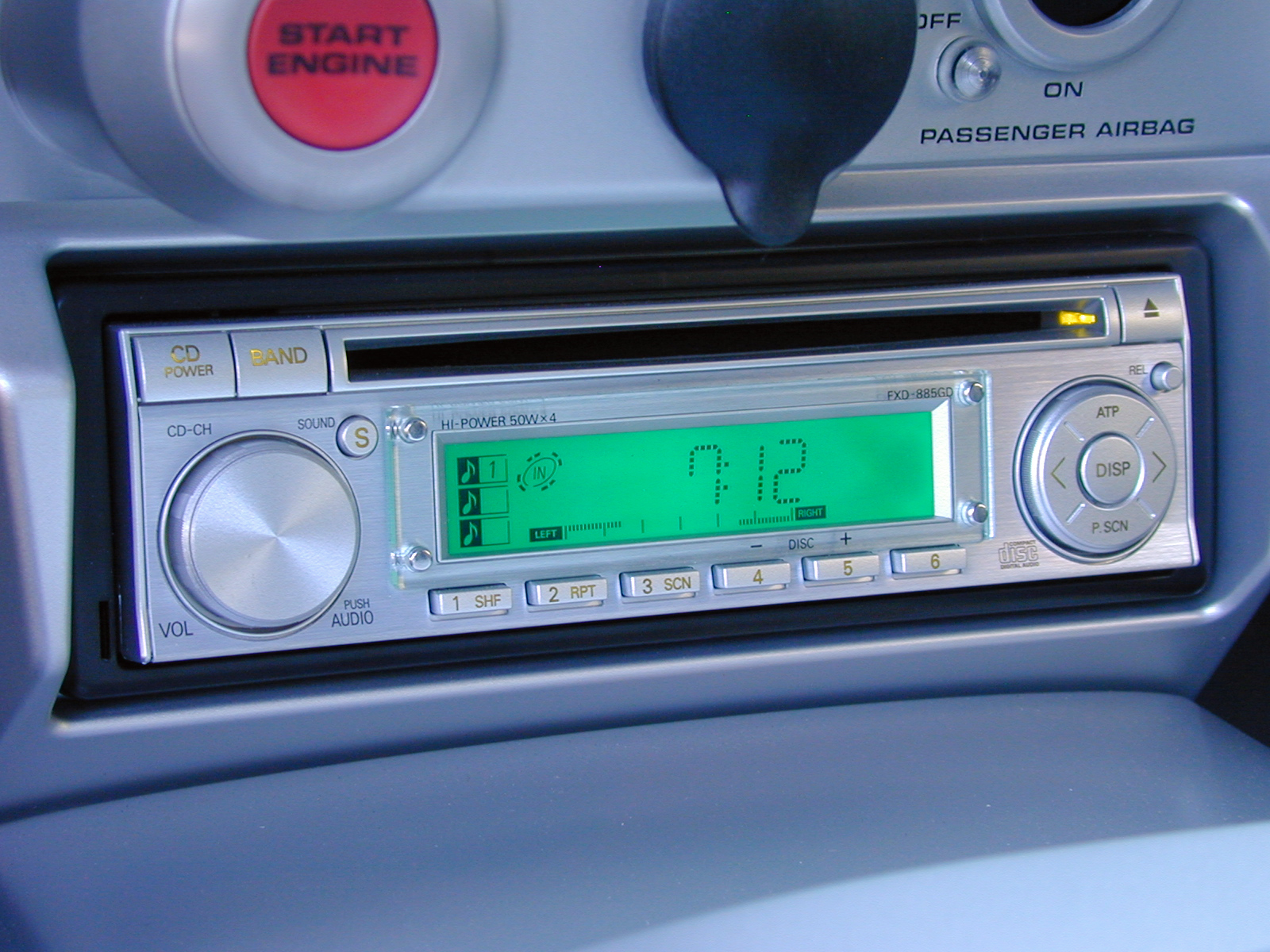 Unless you are able to order a Ford GT to your exact specs you will have to buy a fully loaded one, as almost all are showing up that way on dealer lots. The list of options is pretty short, and consists of aluminum wheels, painted brake calipers, a pair of painted stripes over the top, and an “upgraded” McIntosh audio system. I was able to order my GT, and I checked off every option except the McIntosh audio system. And while you may think the system’s pricey $2,100 cost, and/or its hefty 50-plus-pound weight, were what stopped me from wanting the system, the real reason has to do with the subwoofer’s design and placement. Basically, it sits between the seatbacks, just below the “mid-light” glass that separates the cabin from the engine compartment. Not only does this make the cockpit feel cramped, while also somewhat inhibiting conversation between driver and passenger (even without the stereo on), it also blocks much of the view between the cockpit and the engine compartment. It’s that last point that really bothered me.

I drove an early-production version of the GT, before the McIntosh system was installed, and I loved the view out the rear glass that showed the supercharger spinning just inches from my head. Why anyone would want to block that view with an oversized subwoofer is beyond me. I’ve also driven a GT with the upgraded audio system, and it does sound very good, but not good enough to justify the blocked engine view (not to mention the price tag and 50-pound performance penalty). For the record, mine is the only GT I’ve ever seen without the system, and at a recent media event with several Ford employees (including some engineers from the GT development team), they told me they’d never seen a GT without the McIntosh audio system. Who knows, that might make mine one of one…. 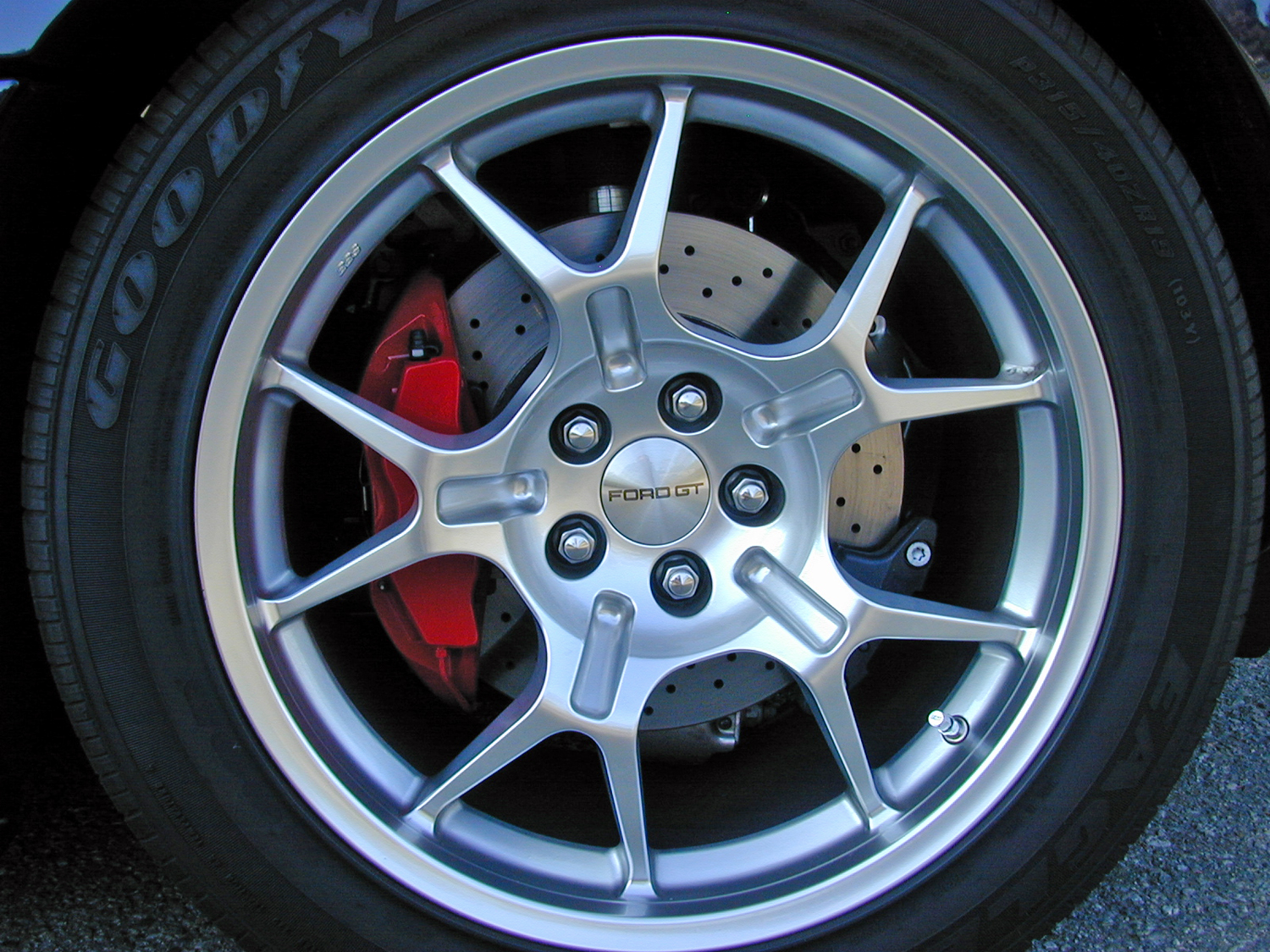 As for the rest of the options, I’m happy with them all. The white stripes over the top of the car really call out the GT’s unique body lines, especially the air extractors on the front end. The lightweight BBS wheels are indeed light, and they look good as well. Finally, with the painted brake calipers in red (gray is the other optional color) poking out from behind those wheels, I have a bit of a red-white-and-blue thing going on between my calipers, stripes and exterior color. Seems fitting, considering this is the car whose predecessor put America on the map with regard to Europe’s toughest racing event, the 24 Hours of Le Mans, some 40 years ago.

I said I was going to drive this car, despite its exotic car nature, and in the first two weeks of ownership I put 1,100 miles on my new Ford GT. This included a run from Santa Monica to Monterey, where I did hot laps with the car at Laguna Seca Raceway. What I learned during my track time is that the Ford GT is indeed one of the easiest exotic cars you’ll ever drive fast. Its supercharged, 5.4-liter V8 has a broad torque band, and the Ricardo six-speed transmission is about as easygoing as the manual tranny in a 350Z. There’s plenty of tire grip, and plenty of warning when things start to go beyond the car’s ultrahigh capabilities. With only a bit of familiarity you can learn to balance the car on the edge of grip, using the midengine layout and trail braking to rotate the nose before clipping an apex and roaring out of a corner. It’s great fun, and proof that exotics can offer thrilling performance without the white-knuckle ride that often comes from pushing them to their limits.

Beyond my track experience I had plenty of time to live with the Ford GT on public roadways in my first month of ownership. The 600-mile round-trip to Monterey, as well as a daily commute along California’s Pacific Coast Highway, told me much about this Blue Oval exotic. First, it’s about as easy to live with as a Mustang GT. The clutch pedal pressure is relatively light, as are the steering and brake efforts. Rear visibility is the single largest departure between the GT and Ford’s $25,000 pony car in terms of driving experience, but even this becomes less of an issue as familiarity with the car builds. There’s also the issue of entry and exit, which basically requires you to open the doors far enough to get the “roof portion” of them out of the way. As long as you have room next to the GT, this isn’t a problem, but I could see the driver literally becoming trapped if two cars parked tightly on either side of it.

But don’t confuse the car’s ease of use with a lack of performance. Any car with a 3.6-second 0-to-60 time and a top speed over 200 mph is likely to feel pretty much omnipotent on public roads – and the Ford GT does. Want to pass that slowpoke in the fast lane? Done before he has time to even register the GT’s approach. Looking to jump into that tiny space in traffic? Easily executed before the other cars involved ever see you coming.

Other issues worth noting involve seat comfort, which is fine for a couple of hours, but beyond that I found myself wishing for a bit more lumbar support. I’m also not thrilled with the radio’s AM reception, though I hear this is a problem with the McIntosh system, too, so it may be more related to the car’s antenna (integrated within the windshield glass) than the head unit. Finally, I’d remind every GT owner to pack light, as the tiny storage area under the front hood can’t handle more than a small overnight bag. I also discovered that this compartment gets very hot, so make sure that whatever you put in there isn’t heat sensitive. Certainly don’t put your bottled water up there – unless you plan on making coffee or tea at an upcoming rest stop.

To say I’m looking forward to my long-term relationship with a 2005 Ford GT would be like saying I hope the price of gas doesn’t go too much higher. Just my luck that the two events are happening simultaneously, but with an EPA rating of 13/21 the GT isn’t much worse than your average full-size SUV in terms of fuel costs. And it’s definitely far more rewarding to own and drive.