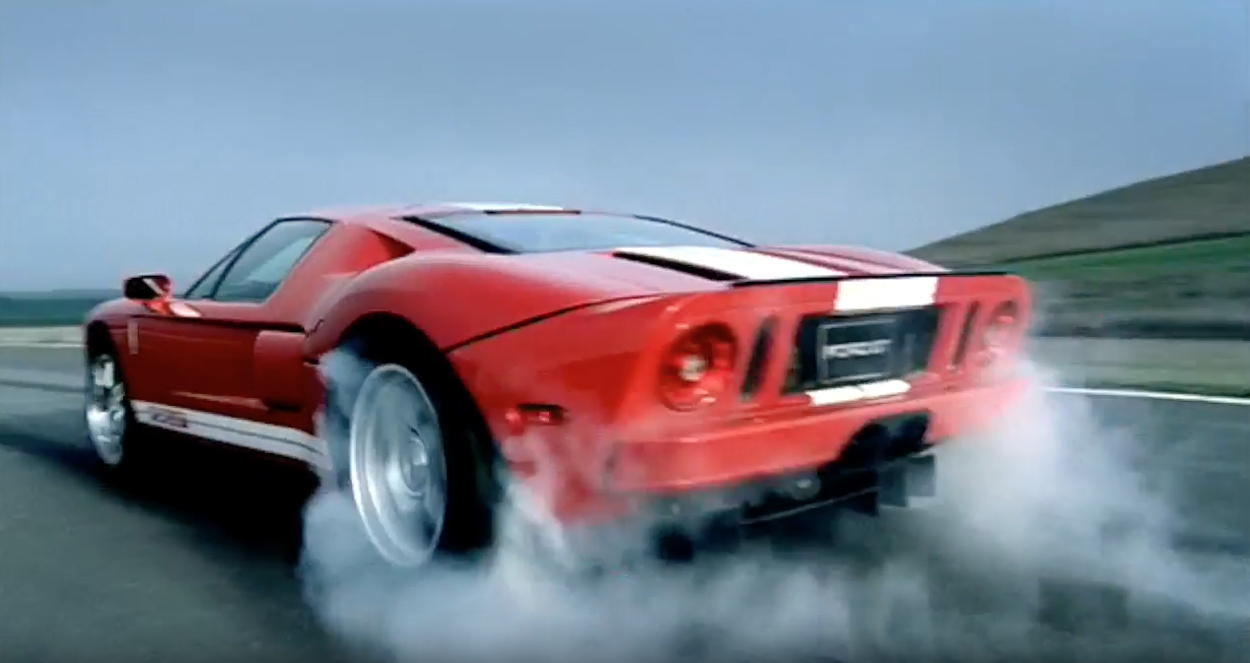 The Ford GT commercial meant this car’s secret was out.

On February 1st, 2004 the New England Patriots eked out a 3-point win over the Carolina Panthers. It was an excellent game, though somewhat overshadowed by Janet Jackson’s “wardrobe malfunction” during the halftime show. For me all of those factors faded into the background of what I considered the most exciting (and frustrating) element of Super Bowl XXXVIII.

This was the moment the world discovered the Ford GT. Yes, it was shown at the Detroit Auto Show 2 years earlier as a concept. And yes, plenty of magazines and websites had published stories of its ongoing development. Heck, I’d already written two well-received stories on the Ford GT myself. But Super Bowl commercials are not random auto show debuts or car buff articles. Super Bowl commercials remain the one place where much of our distracted Western Civilization stops what they’re doing and pays attention.

In this case, what they saw is arguably the most compelling automotive advertisement in the history of television. Director Jeff Zwart, working with race driver Rod Millen, captured a series of amazing Ford GT images as the car circulated Thunderhill Raceway in Northern California. It was impossible to watch this commercial and not be mesmerized by the GT’s seductive curves and deep exhaust roar as it drifted through curves (watching it gave me flashbacks of driving the Ford GT at Gingerman Raceway).

When it was over my first response was “Wow!” This was quickly followed by “Shit!” I pictured every rich A-hole on the planet picking up their phone, dialing their “handler” (rich A-holes don’t do anything themselves) and smugly announcing, “I must have one, do what is necessary” before summarily hanging up. Remember, at this point — 2 years after making my first inquiry with Ford about getting a GT — I still didn’t know if I’d be battling all those rich A-holes at random dealerships or getting on a fast-track to buy one while avoiding the inevitable bidding wars.

It was actually worse for me than it was for the rich schlubs/A-holes. I’d already driven the car. They hadn’t. I knew how good it was. I didn’t need an expertly-produced commercial to convince me the Ford GT was immensely desirable, and I didn’t like the fact that most people seeing that commercial just wanted it because it was “cool” or “sexy” with little knowledge of the nameplate’s history or incredible development effort by the Ford GT team to turn the car from concept to production in 16 months.

But there it was. A big-ticket commercial during the big-ticket event, announcing the Ford GT to the world.