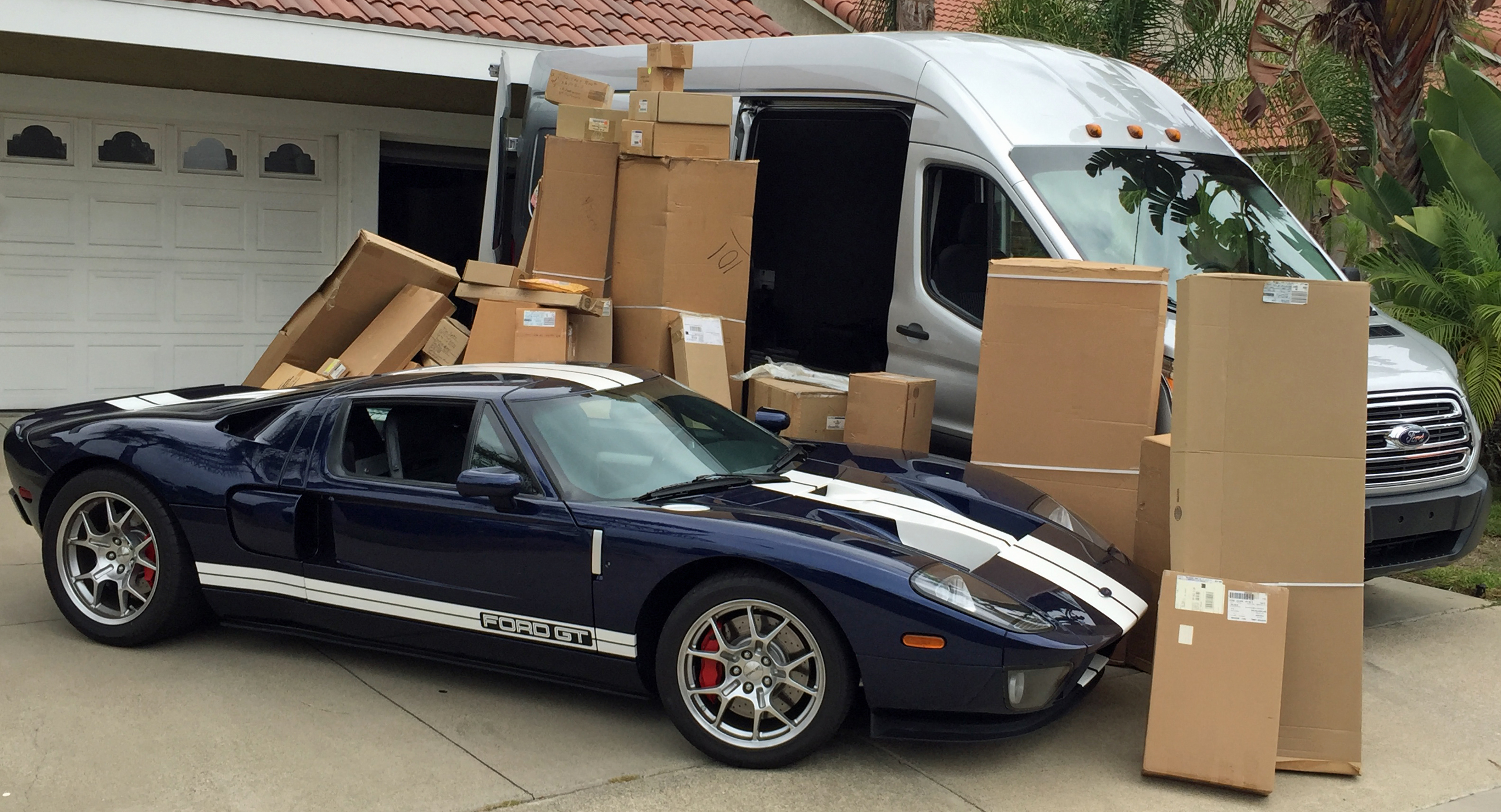 I also knew this situation wouldn’t last forever, and eventually, Ford GT parts would be as hard to obtain as GTX parts. Before that happened I decided to stock up on whatever I could afford to buy and had room to store. Within a few years of buying items here and there I had over 100 Ford GT parts and was confident in my ability to repair any issues that might befall my exotic Ford.

But then in January of 2015 Ford unveiled a new GT, and in July of 2016 I was given an allocation to buy one. Paying for the new GT would require some creative financial wizardry, the first step of which was to sell my collection of 2005-2006 Ford GT parts. After making a deal with The Ford GT Guy I faced the process of transporting over 100 parts from Southern California to Detroit in August of 2016. I accomplished this with the help of Ford’s Transit cargo van, an adventure you can read all about in my Forbes story.