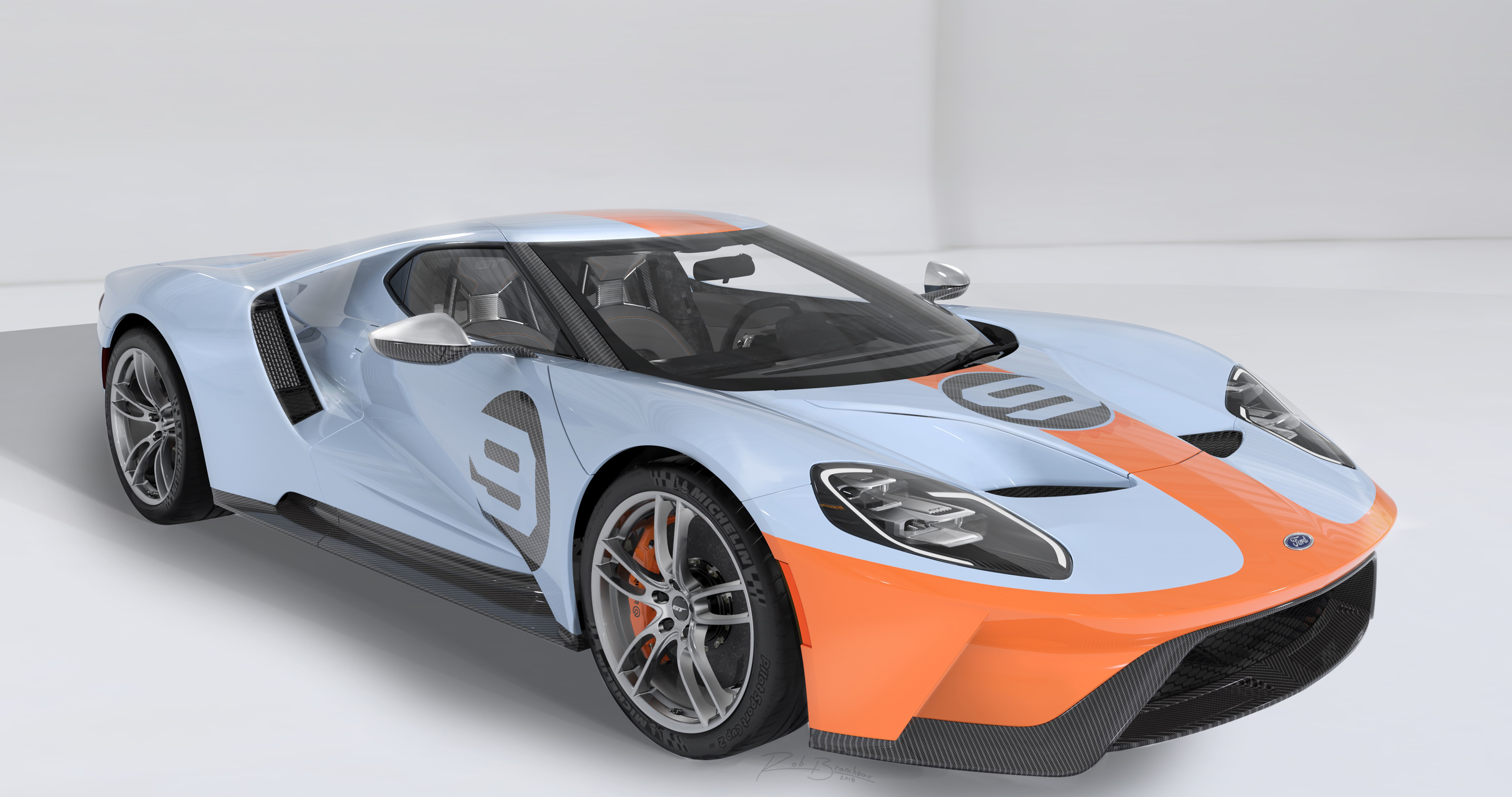 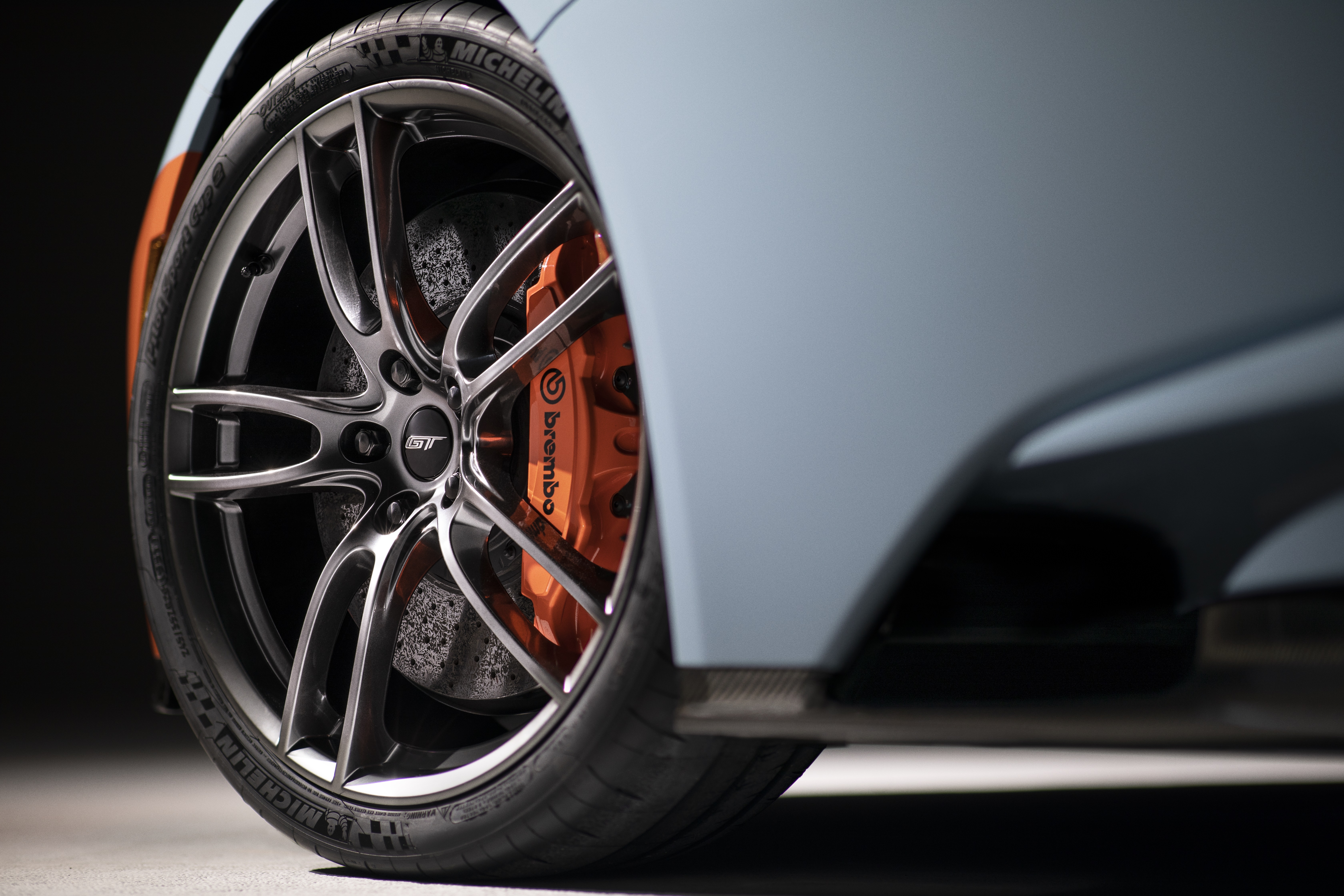 It’s a bummer, but mostly for the future/long-term value these versions of the new Ford GT will undoubtedly command. The Gulf colors have become synonymous with historic racing, and like the 2006 Heritage Edition Ford GT, the new Ford GTs painted blue and orange will be seen as “the ones to get” by future collectors. That said, honestly, from a strictly visual aesthetic, I’ve never been a fan of the blue-and-orange color combo, and this newest version’s execution leaves me particularly cold. 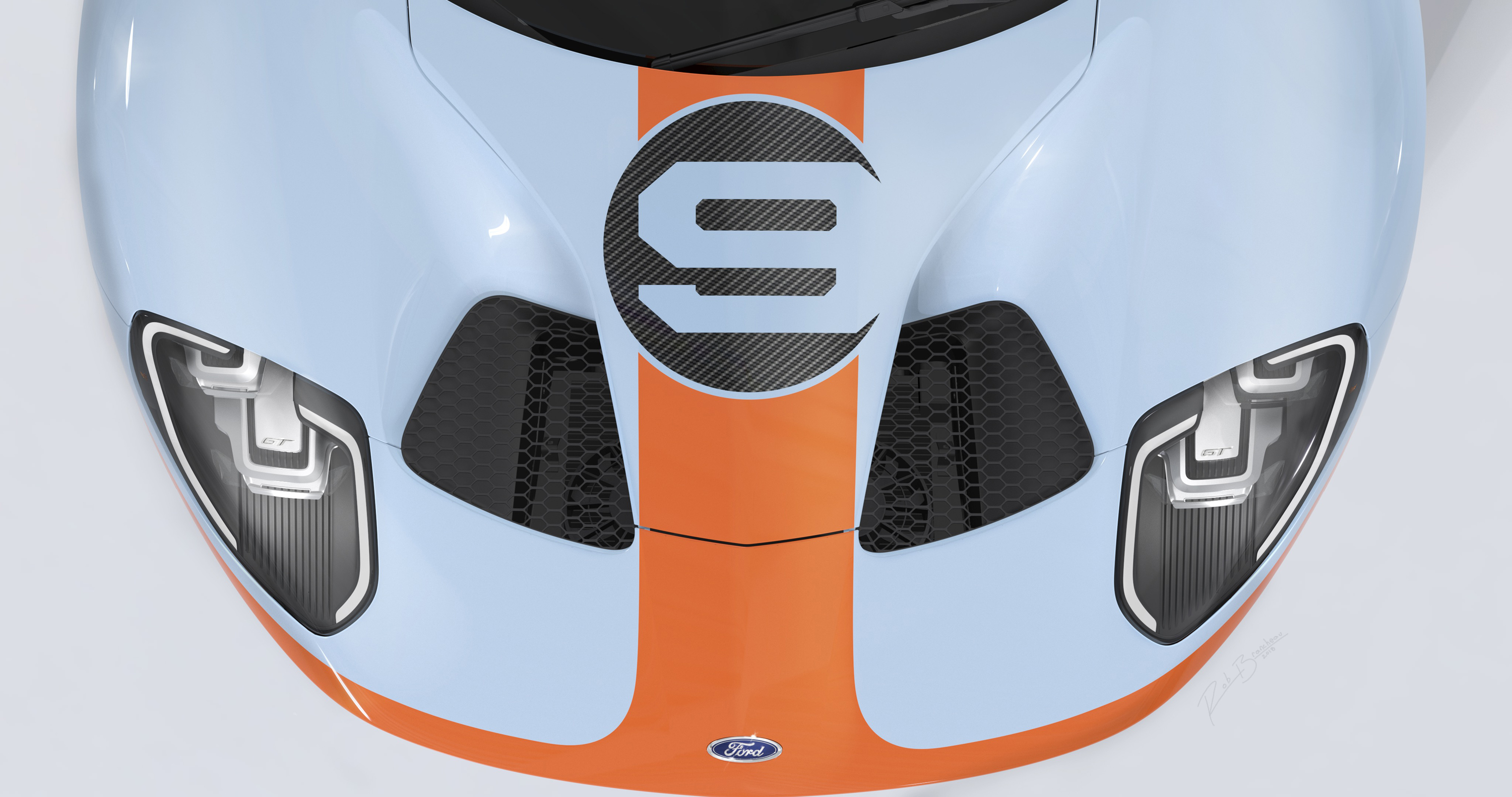 First, the 1968, 1969 and 2006 Gulf Liveries feature a pinstripe between the blue and orange panel borders, but the 2019 model does not. Second, the transition from the front orange panel to the center stripe is more abrupt on the 2019 Ford GT than the earlier versions. Neither of these issues are horrendous. The new Ford GT’s body lines are dramatic enough to make nearly any color combo work. Like I said, most people will see the Gulf colors and be instantly sold — no further analysis necessary or even attempted. 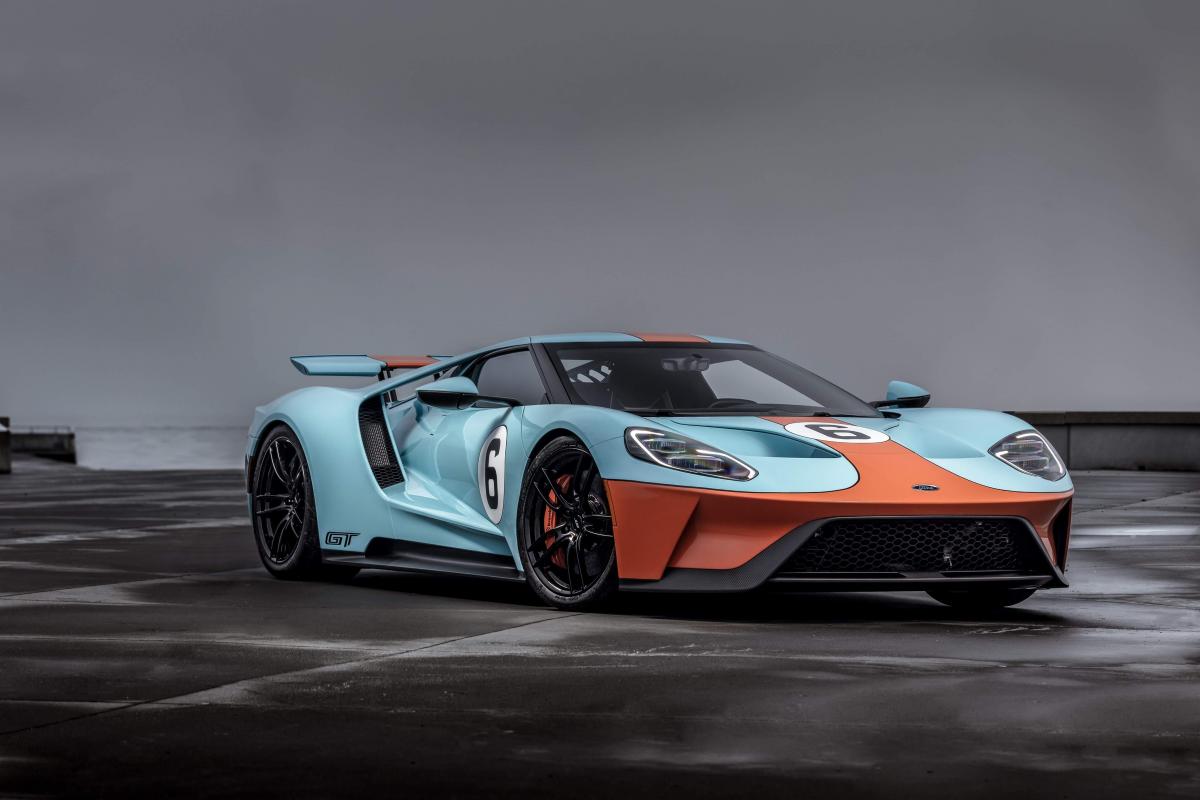 Where it gets interesting is comparing Ford’s factory version of the Gulf Livery with some new Ford GT customers that have done their own. Specifically, Jason Watt, a Ford GT Forum member, used Ford’s PTS (paint-to-sample) option when ordering his 2017 Ford GT. After it arrived he added the orange panels, pinstripes and number roundels himself. You can see it above and on this page of Ford GT Forum. 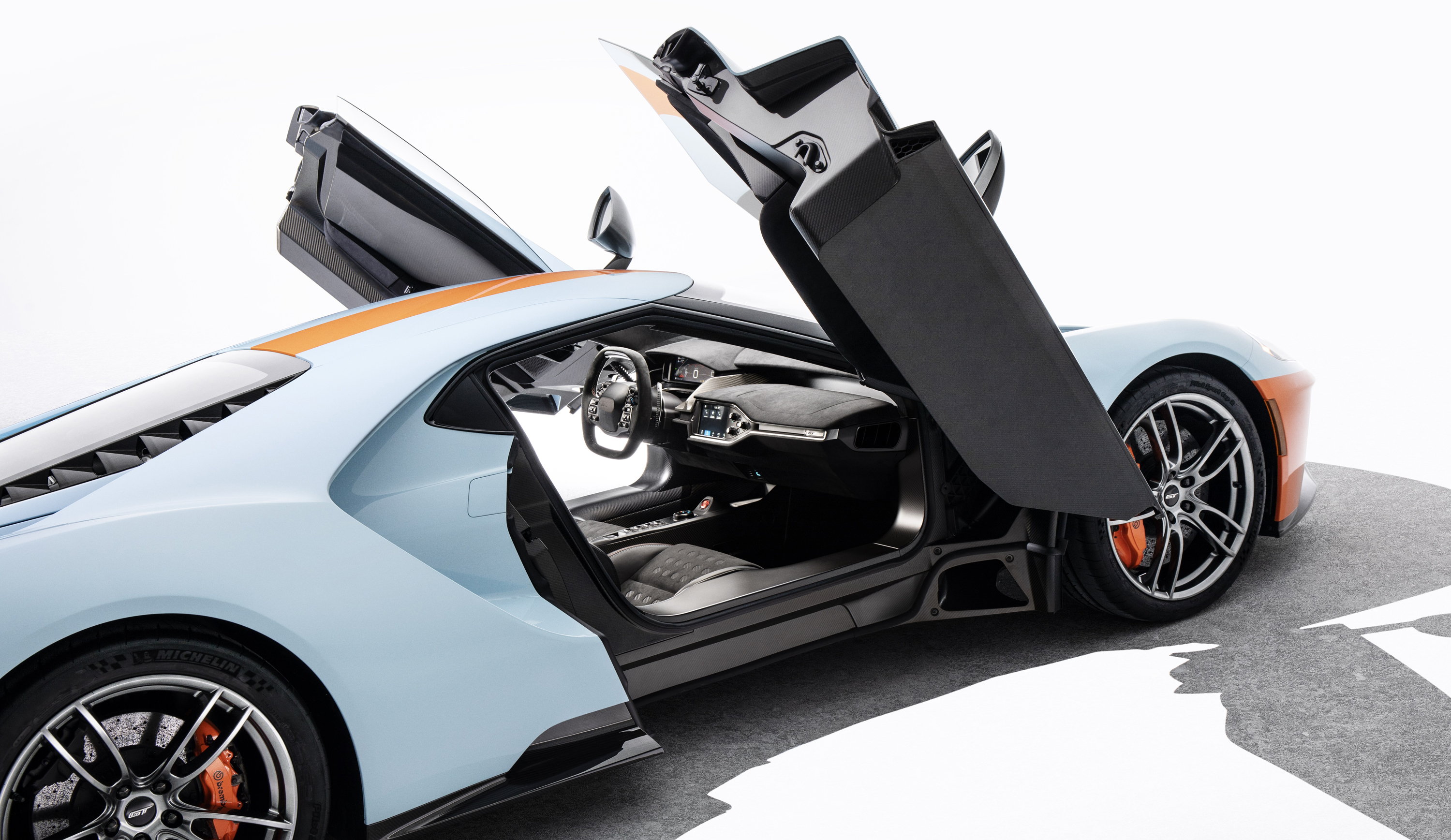 The 2019 Ford GT Heritage Edition cars were ordered last fall and started being delivered around January of 2019, about when my car arrived. The optional exposed carbon fiber roundels seen in these press photos were not on the car that debuted in August 2018 in Monterey, but expect nearly every Heritage Edition buyer to opt for those. 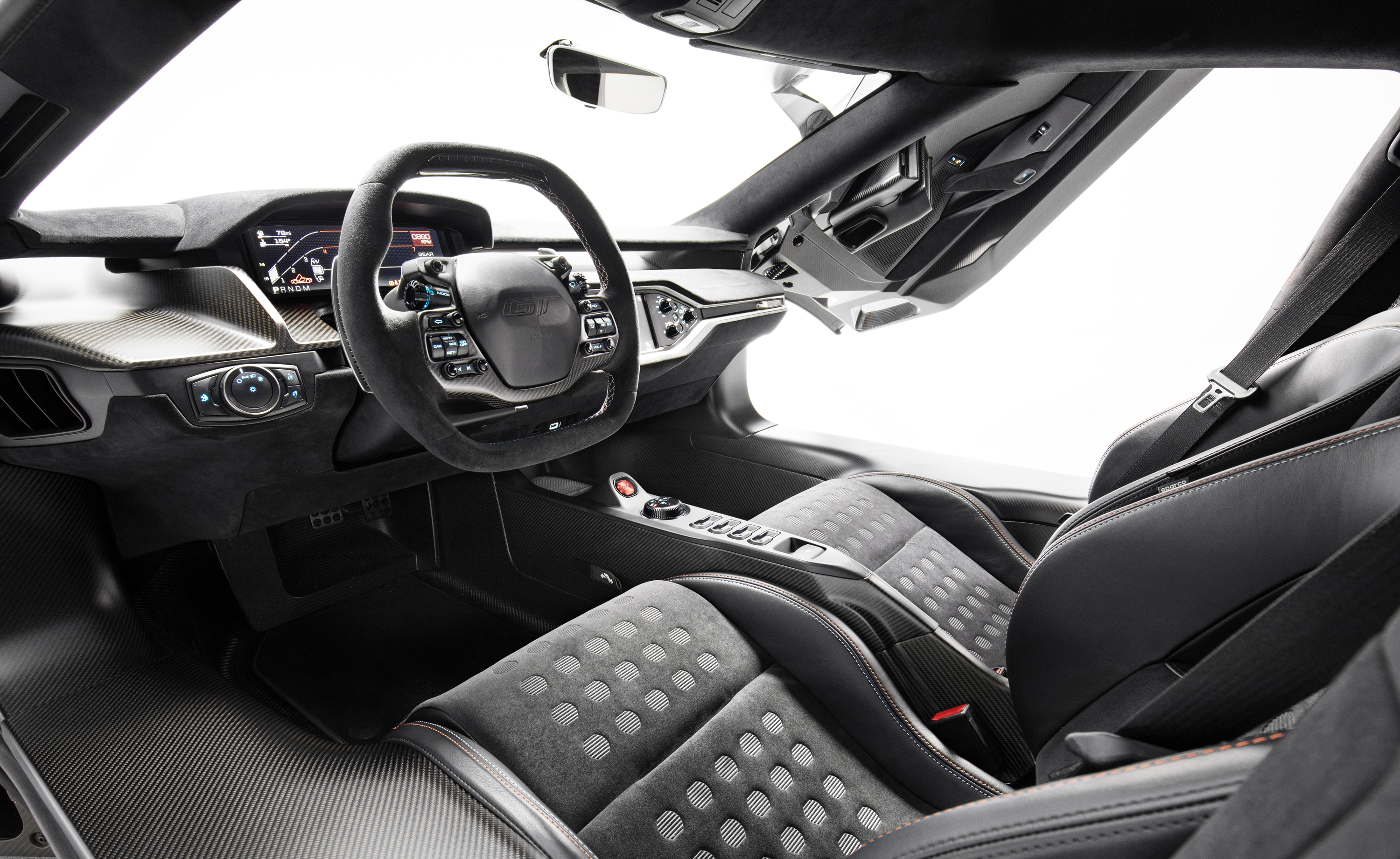 Interior upgrades to the 2019 Heritage Edition include silver paddle shifters

Exterior issues aside, I really like the interior treatment on the 2019 Ford GT Heritage Edition. The contrasting blue-and-orange stitching, the pattern on the seats that pays homage to the original cars’ “cooling holes” and the silver paddle shifters (instead of the standard black) dress the interior up in a tasteful way. Add it all up and you’ve got another special, limited edition Ford GT within an already limited edition of cars.