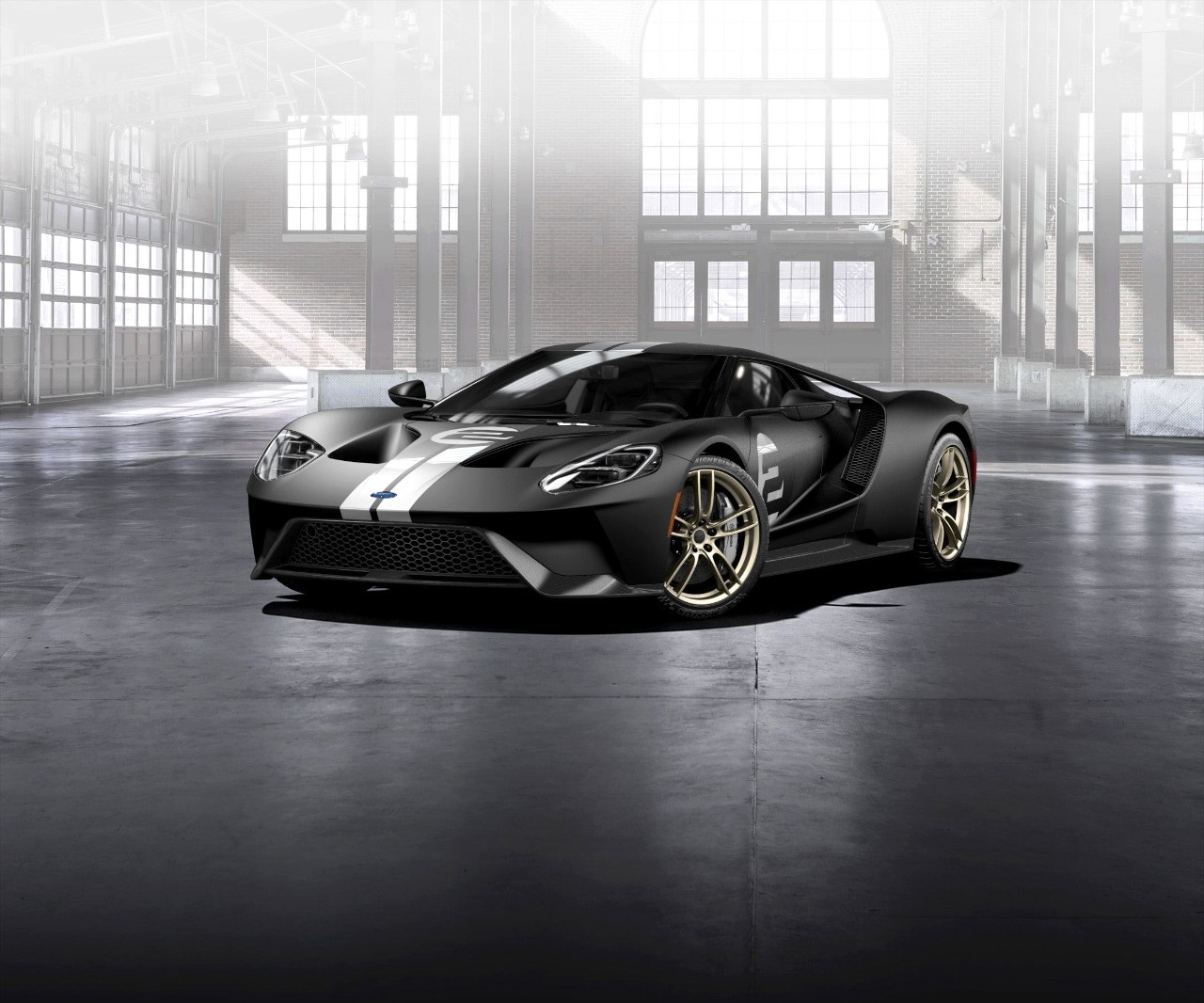 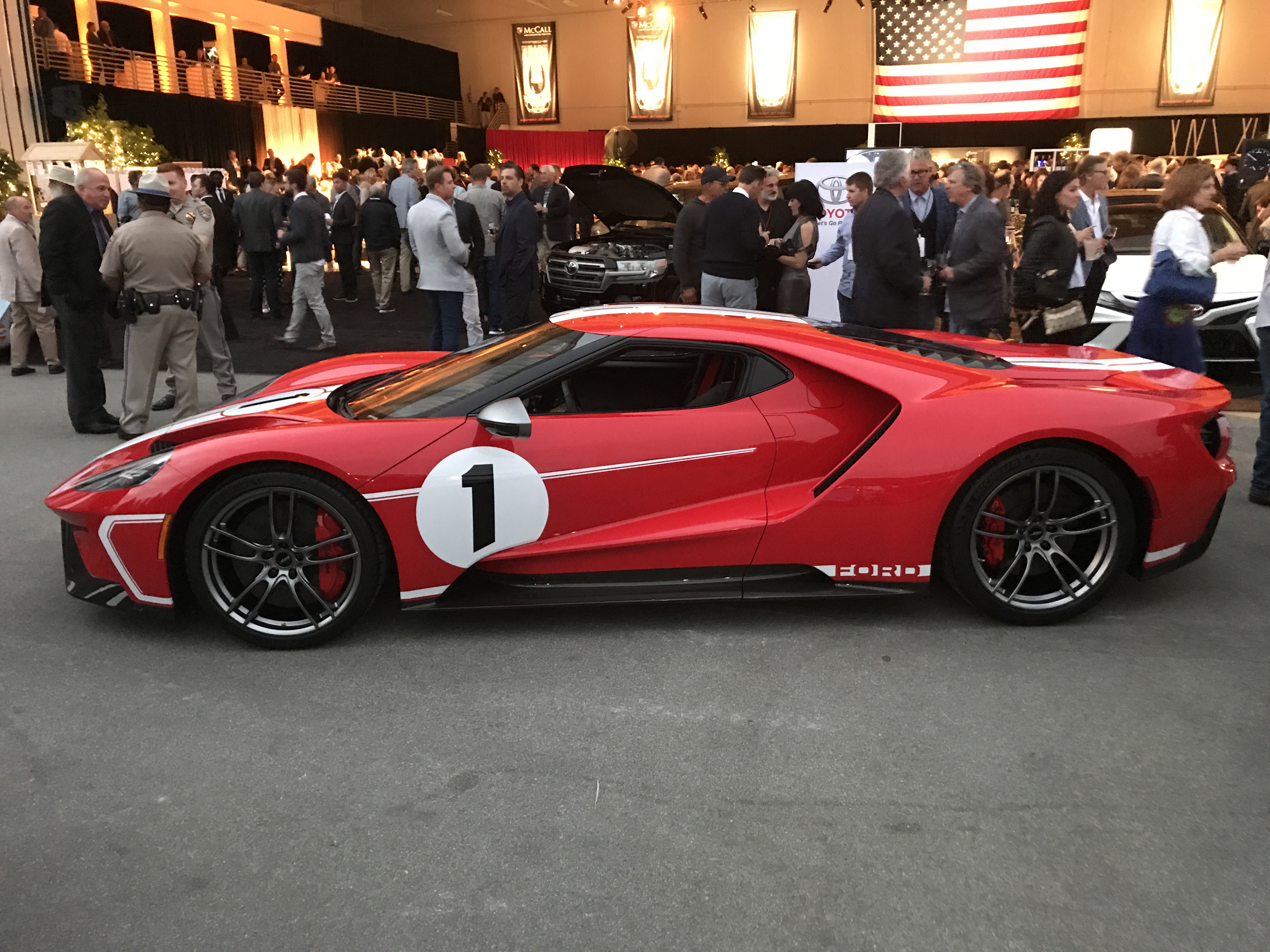 The following year Ford cranked up the time machine again, debuting the 2018 Ford GT Heritage during Monterey Car Week. This time the company honored the 1967 Le Mans winners, Dan Gurney and A.J. Foyt, with a bright red Ford GT wearing a number “1” rondel and white stripes reminiscent of the GT40 Mark IV that took the checkered flag. I like this heritage edition even more than the McLaren version, though some folks think the white lines on the side are a bit too busy… 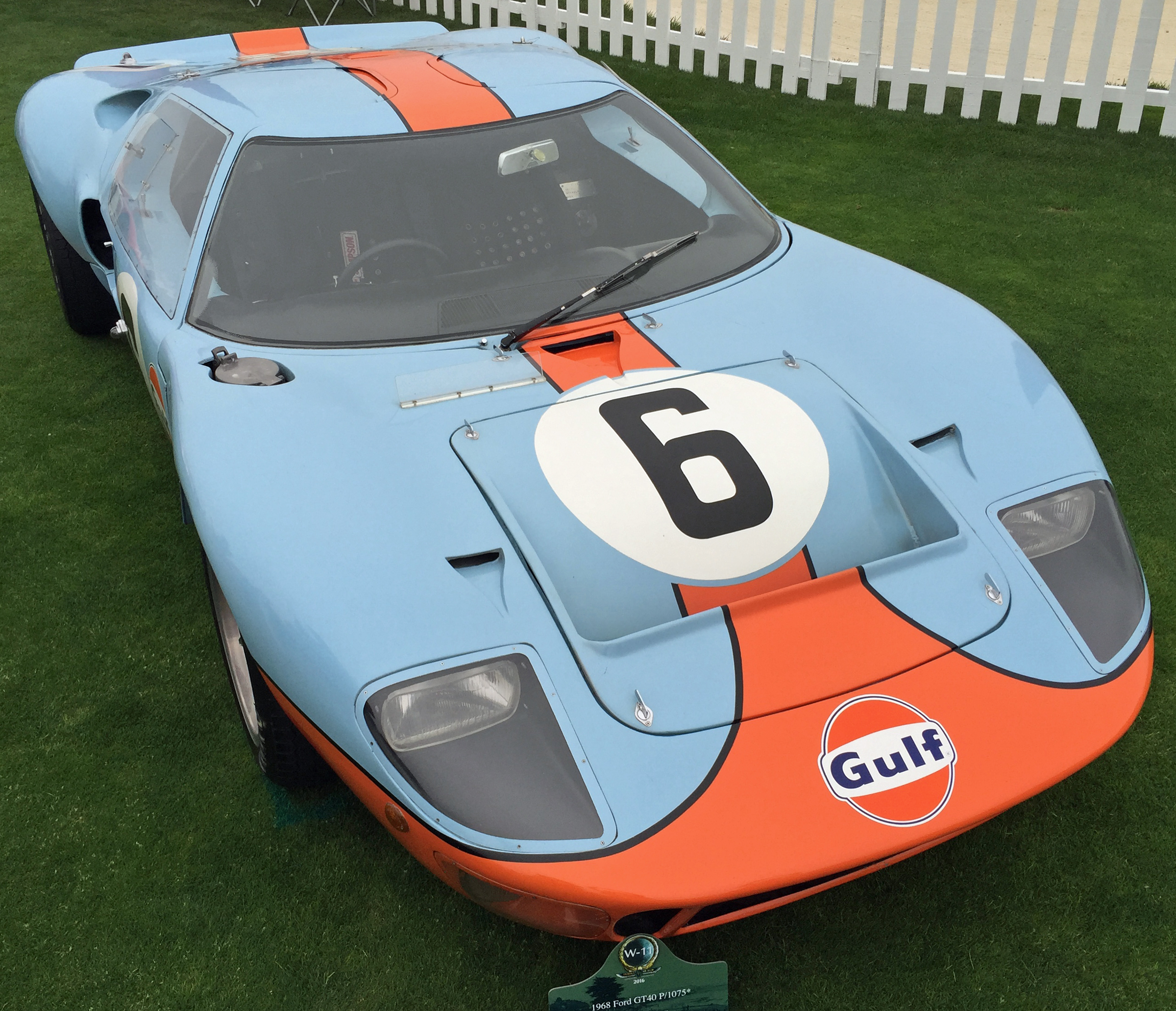 Well, last week was Monterey Car Week again, and Ford debuted a new heritage edition Ford GT. I was at the event and will post some pictures and comments tomorrow. Given the pattern set by previous heritage edition GTs we already knew this one would sport the Gulf livery colors from the 1968 (and 1969) Le Mans-winning GT40. That means a pale blue offset by bright orange trim and, of course, a number “6” rondel.