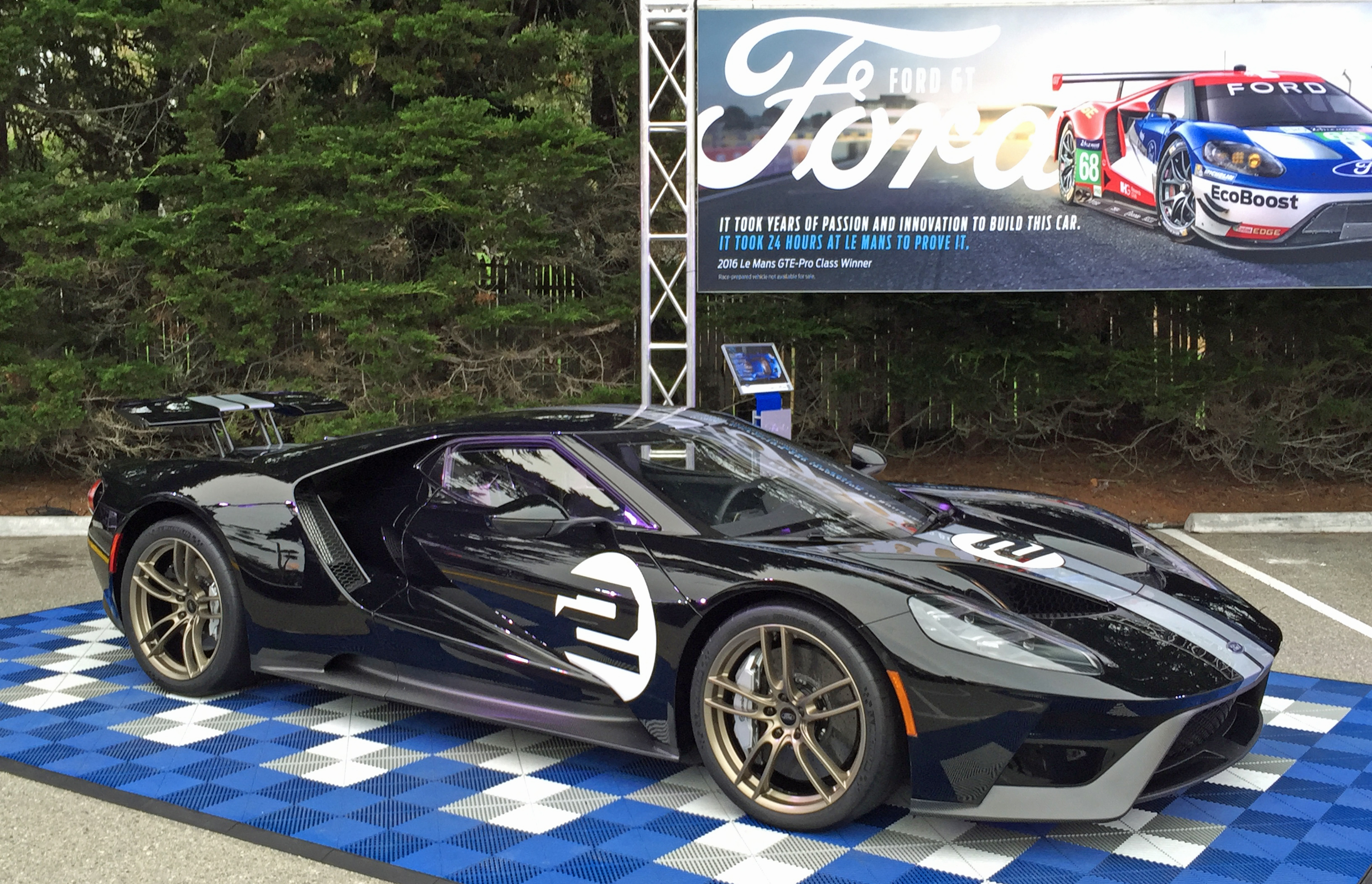 Driven by Bruce McLaren and Chris Amon, the winning 1966 Ford GT40 was painted black with silver stripes, gold wheels and a number 2 rondel. The new 2017 Ford GT ’66 Heritage Edition features the same color scheme, plus a gold trimmed interior. I’m not a big fan of black, personally, but this version of the new GT certainly takes all the wrangling over color and stripe choices away. First year buyers could this Heritage Edition in Shadow Black (shown above) or Matte Black.

Ford didn’t originally announce any limit to the number of 2017 Heritage Editions it would produce. But once production started the cars proved extremely difficult to paint. Rumor put the number at “hundreds” of hours to coordinate the three colors for each vehicle. Whatever the actual production challenges, Ford ultimately produced less than 20 Heritage Edition 2017 GTs, making it the rarest one of all.