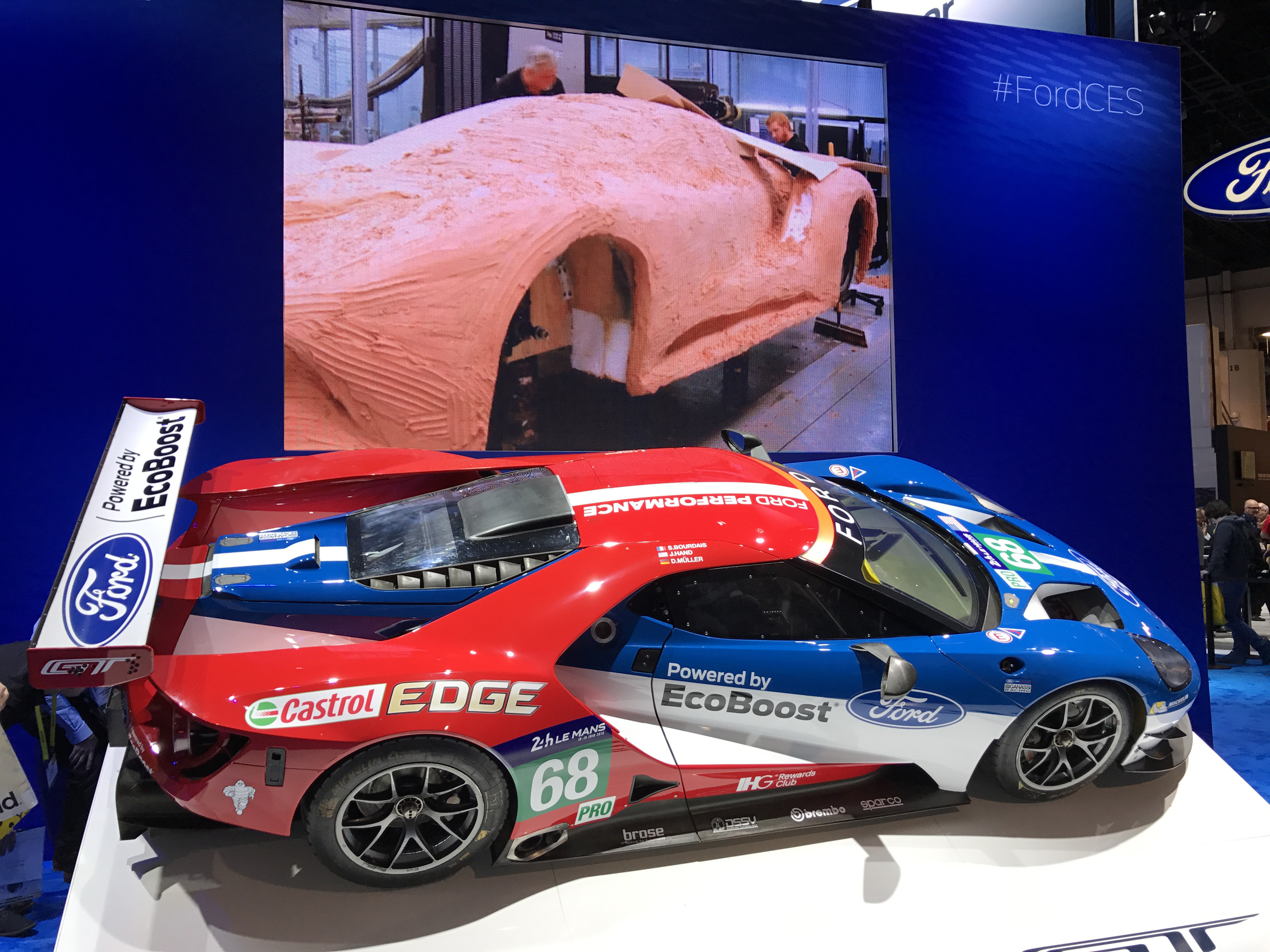 At the 2017 Consumer Electronics Show, also known as CES, the Ford GT in full race trim was on display at the Ford booth. It was the number 68 Ford GT race car, driven by Sebastian Bourdais, Joey Hand and Dirk Muller for the 2017 race season, and despite all the colorful technology that headlines every CES the Ford GT stood out and caught the attention of everyone walking by Ford’s booth.

I’ve never held much interest in modern racing because the cars on the track feel so disconnected from anything I can buy in a showroom. I think that’s a key reason the modern Ford GT is such an impressive vehicle. The differences between the street version and the Ford GT race car are minimal, with the race car often handicapped by “balance of power” rules that pull horsepower below the street car.

Watching the Ford GT race car get handicapped by race officials is always frustrating, but it also proves how well engineered the car is and how on target the Ford GT design team got things in that secret room buried beneath Ford’s Product Development Center when the car was being secretly designed and engineered.