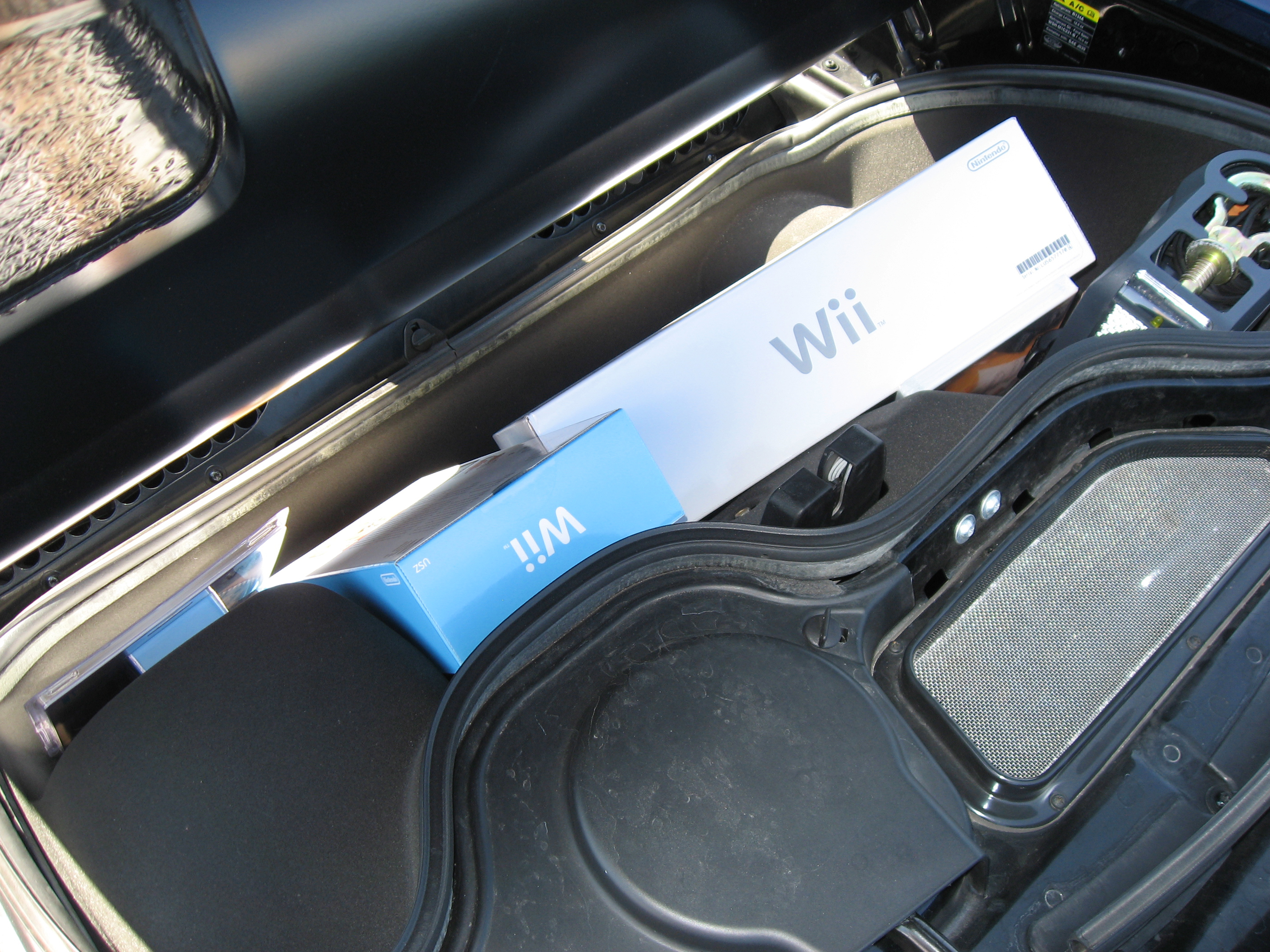 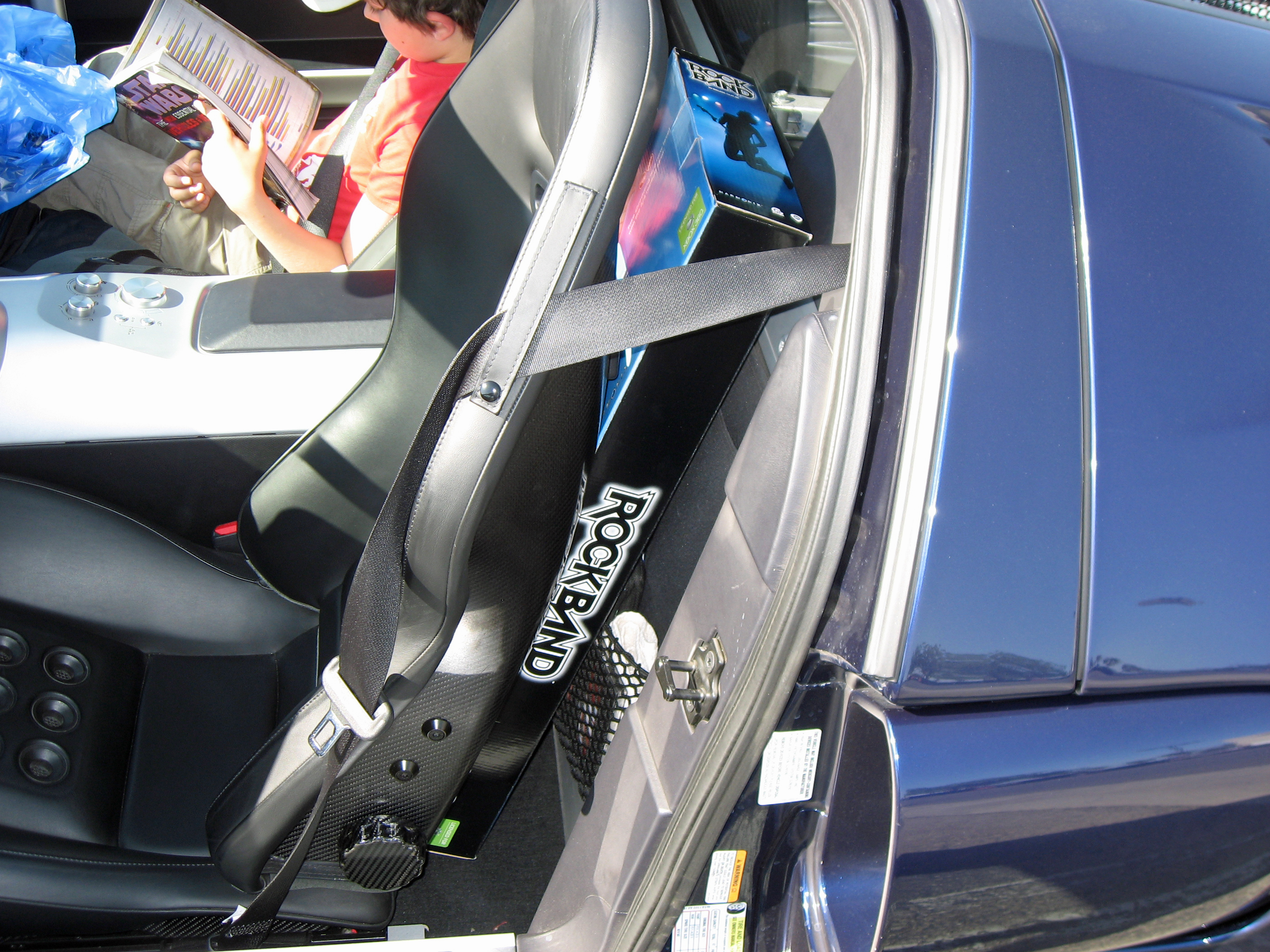 This was all great…until I remembered the original purpose of the trip — the Rock Band wireless guitar. Either item could be squeezed into the GT without issue, but both? After trying out the Wii in the front cargo area, and confirming it would actually fit (along with a Wii Zapper and a second controller) I remembered how hot it gets up there. The thought of finally scoring a Wii only to fry its innards on the drive home had me putting it in the passenger footwell — the area I’d intended for the guitar. But I was happily surprised when the guitar fit perfectly behind the driver’s seat, leaving enough room for me and my 9-year-old son. The ride home was calm; the home gaming environment has been anything but. 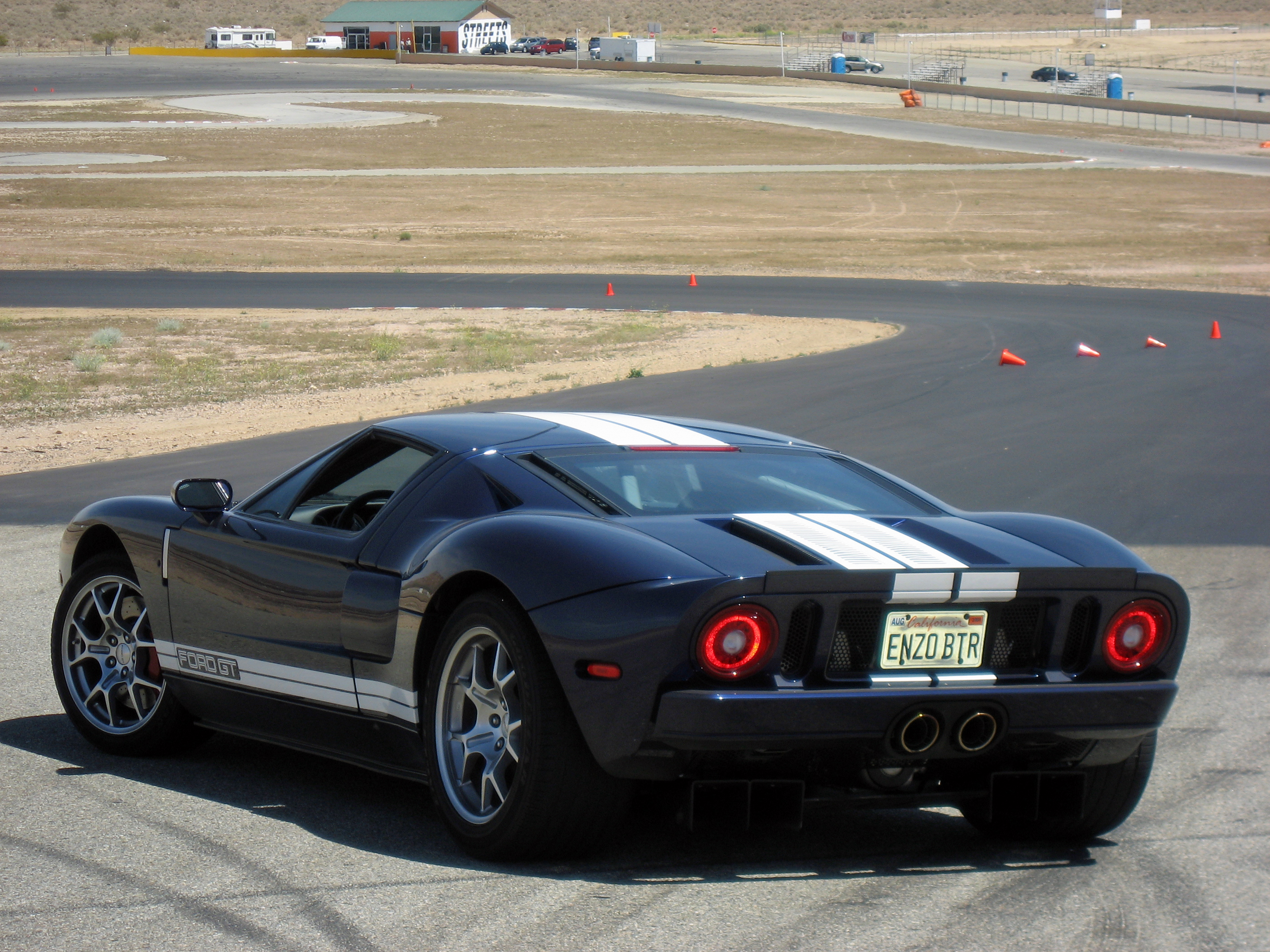 The Ford GT made an impromptu track run at Willow Springs

Here’s a shot from yesterday’s Willow Springs track time with my Ford GT between turns 2 and Turn 3. I drove the car 100 miles up to Willow with no plans to track it (the facility was rented for another purpose), but at one point I noticed the empty racetrack and the fully-fueled GT sitting in the parking area. Hmmm…

Once upon a time Enzo Ferrari had a vision of his customers driving their Ferrari on public roads to the track, racing it on the track (and winning), and driving it home — all with minimal “set-up” between street and track duty. The early 250 GTs and GTOs were capable of doing just that, and the bar he set with those cars is what many a manufacturer has tried to emulate ever since.

Without even switching tires (as I did for The Ford GT School a few weeks back) the Ford GT was happy to run around The Streets of Willow for 10-plus laps in 90-degree weather. It didn’t have as much grip on the street tires, but the car’s balanced nature meant I could tip-toe up to the point of breakaway — and beyond when the mood struck me — with minimal risk and major fun. The temperature gauge got as high as I’ve seen it get, but that was still only 3/4 of the way up, with a good chunk of space between the needle and “the red zone” (glad I had the Ford Racing trans-axle cooler installed last summer).

The Ford GT is really too much car for this track, even in stock form. With increased performance from the smaller supercharger pulley, ECU reflash and upgraded muffler the GT couldn’t really stretch its legs here. But leaving a GT in the parking lot of an vacant race track is almost criminal — especially when the GT is this track-ready (even in full “street” trim).