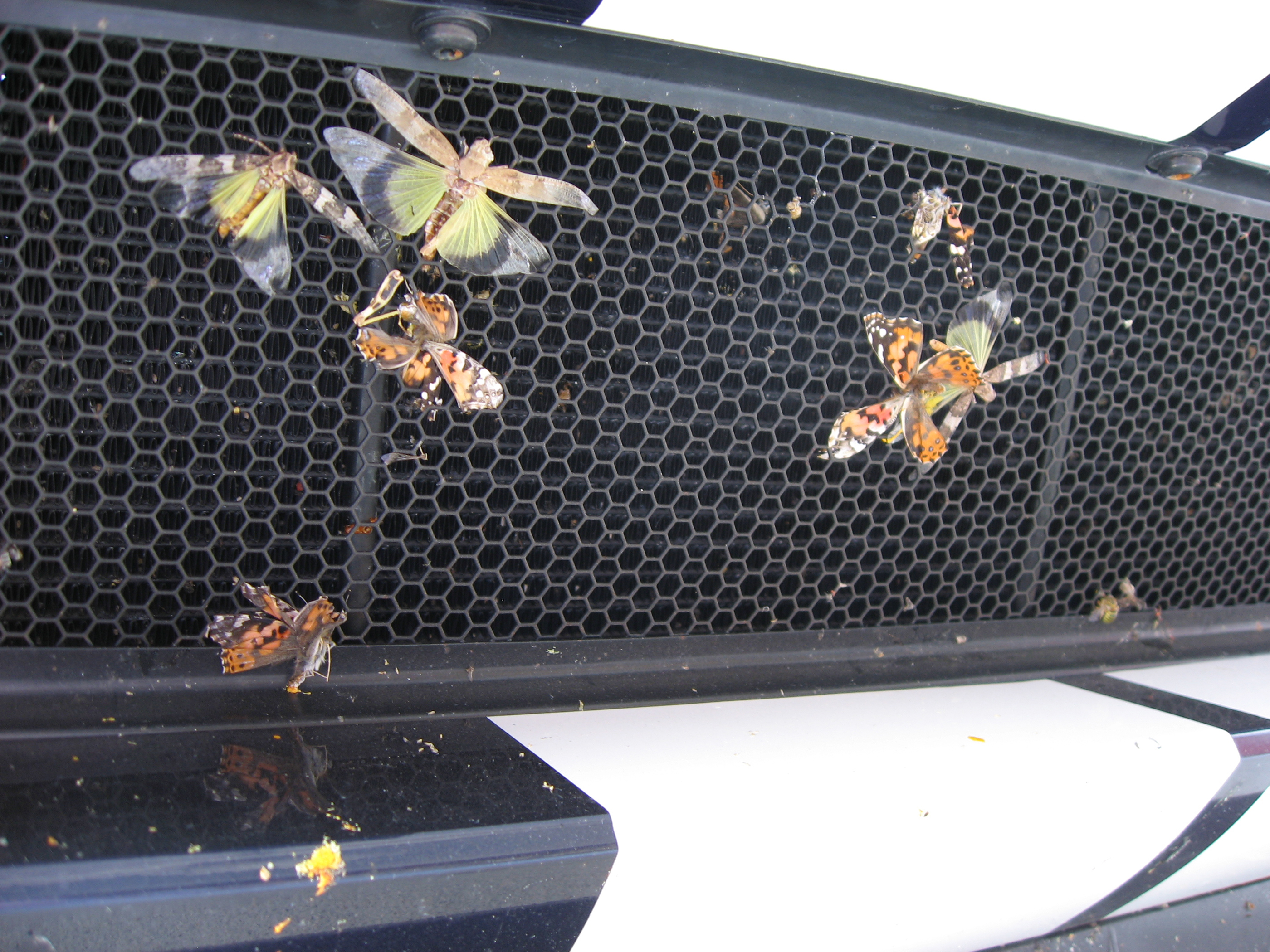 Many 2005 GT owners have pulled the grille, but I haven’t seen an engine temp problem, even during my track run at The Ford GT School, so the grille remains in my car. However, after driving it back from the Southern California high desert recently it was clear how cooling effectiveness could be compromised by this small piece of plastic.

At this time of year the bug count is pretty high along the 5 freeway. I saw plenty of moths and butterflies of various size disappear below the GT’s hood line as I cruised along, but it wasn’t until I got home that my son (somewhat of a bug fan himself) pointed out the winged collection inside the car’s front fascia. It was likely the most interest he’s shown in the GT since it arrived.

So if your son is into bugs, and your GT doesn’t have a cooling issue, the grille isn’t a bad item to leave in place (or even retro-fit to a 2006 model). But if you’ve got the grille, and you’re going to track it on a hot day, you should probably remove any entomology subjects first. 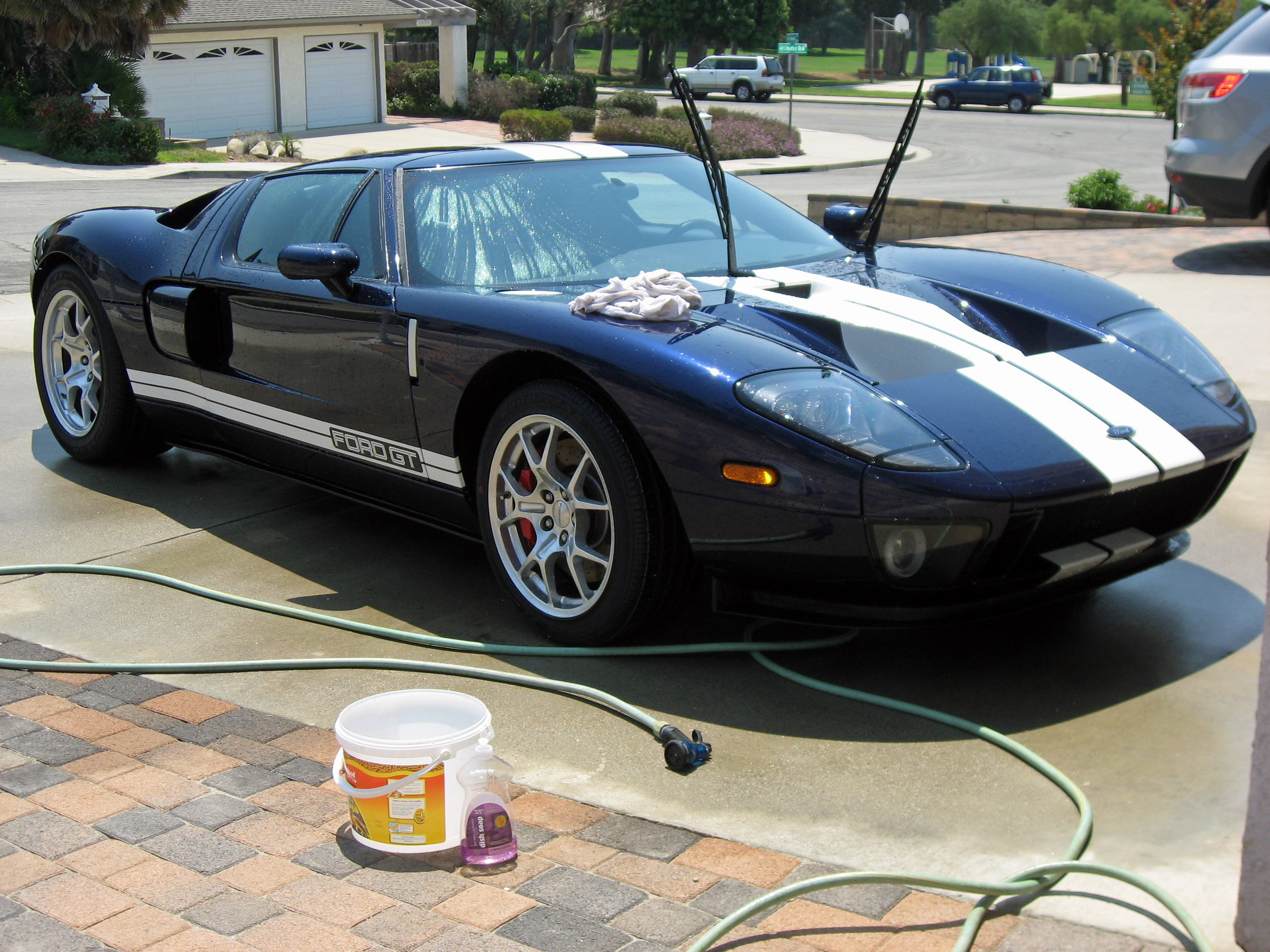 A proper Ford GT washing requires commitment, but it’s worth it

Washing the long-term Ford GT isn’t an easy or simple task. You can’t just take it to the local “soap ‘n rinse” without almost guaranteeing disappointment and/or damage. There’s a lot of surface area and detail work to be done when washing it yourself, so plan on at least an hour and more likely 90 minutes to do it right, and that’s before you’ve done anything with wax.

And yet, when the job of washing a Ford GT is done the time always feels well spent… 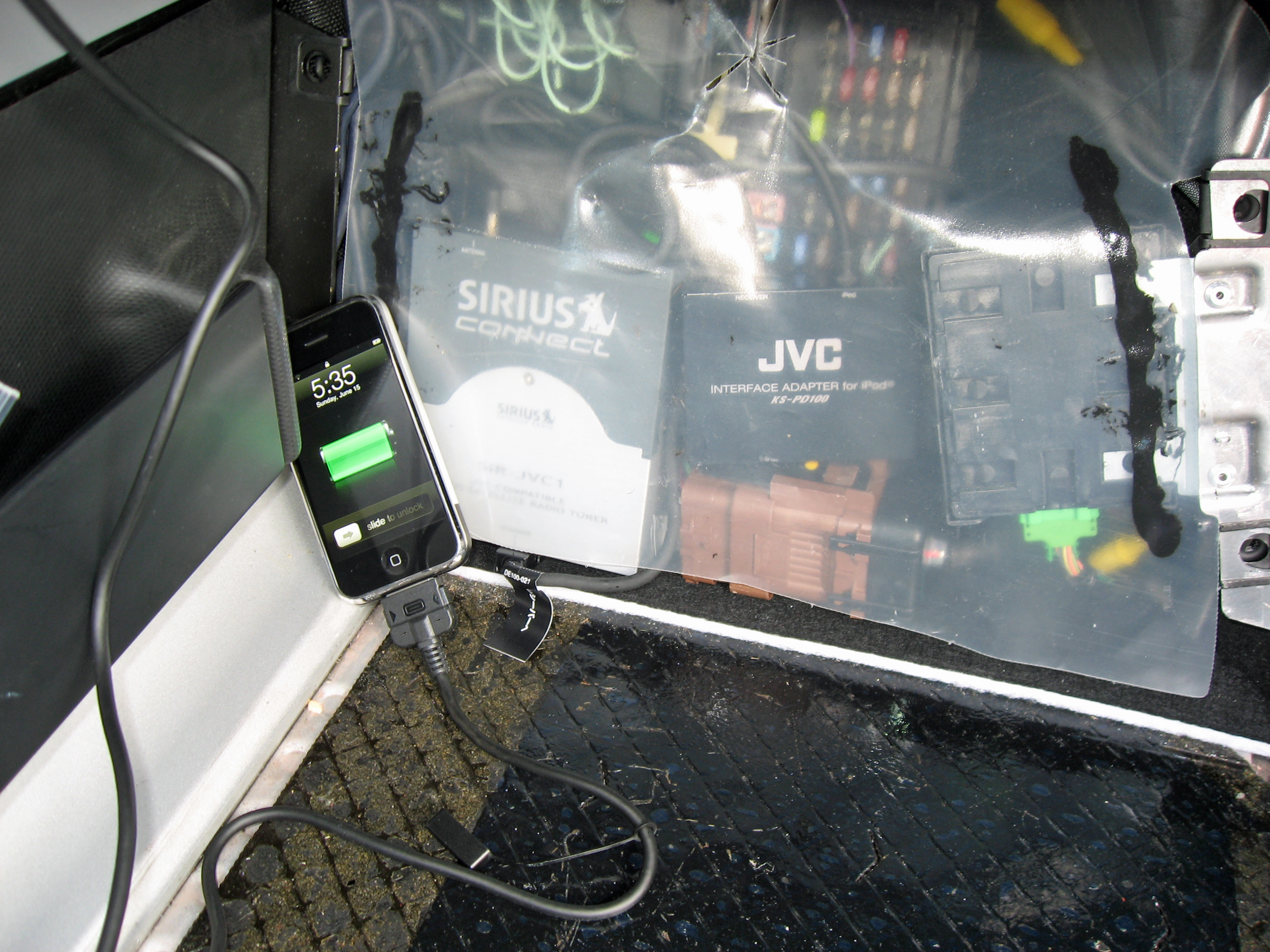 I’ve been wanting to add iPod support to the Ford GT ever since I picked up an iPhone last December. With all the other audio add-ons supplied by the JVC KDNX-5000 (Bluetooth, Sirius and Navigation) it was the only item left that could be added. I don’t really need to listen to songs with my iPhone, as the head unit can play DVD-Rs that hold all my music with room to spare. But I hate having to decide between iPod charging and radar detector power, so charging the phone was my primary goal.

I picked up the appropriate iPod cable (JVC KS-PD100) at Best Buy, pulled the fuse box cover (in the passenger footwell) and plugged it into the Sirius unit. The whole job took less than an hour and now I can charge the phone and monitor incoming radar beams at the same time. 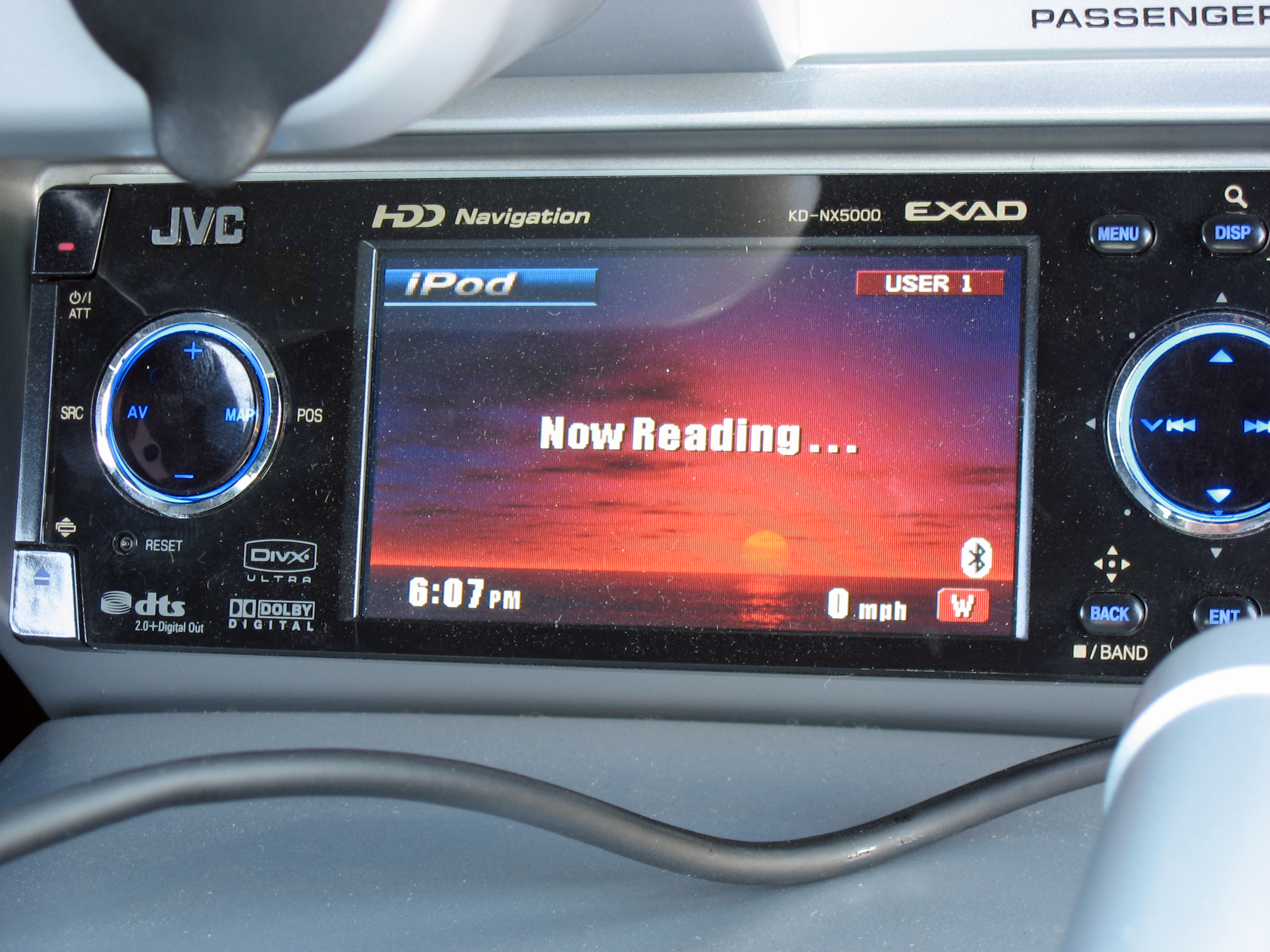 Yes, a dual-power-adapter would have worked too, but those start to get very clumsy while also blocking my sight lines to the display screen. It’s a good thing I don’t need to hear tunes through my iPhone — because I can’t. When I plug it in and scroll to the iPod screen I get an endless message of “Now Reading” on the screen. I’m betting the iPhone is too new/different to work with an iPod cable from 2005.