On August 25th, 2015, exactly 10 years and 2 days after I picked up my Ford GT at Santa Monica Ford, the 10th Annual Ford GT Owners Rally kicked off in Detroit. My car had just completed a full mechanical refurbishment with the GT Guys before getting a full color correction and detail at Esoteric Detail in Columbus, Ohio.

Between the mechanical and cosmetic treatments my GT was feeling as “new” as it had in years when I pulled into Ford’s World Headquarters for a gathering of over 100 Ford GTs. Ford was kind enough to block off the parking lot in front of its headquarters so only Ford GTs could park in it. 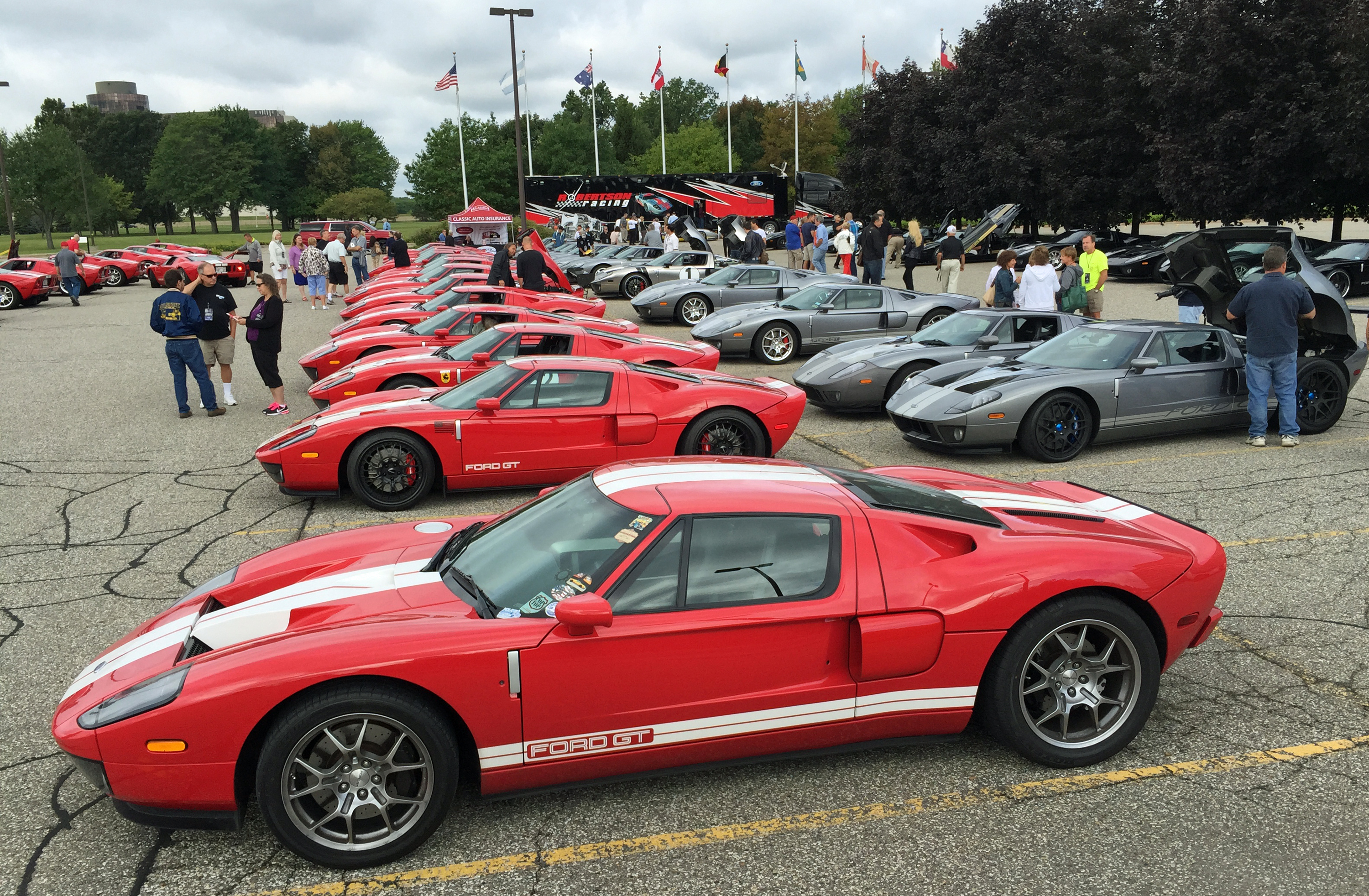 This provided enough space to group cars by color, creating quite a palette in front of Ford’s World Headquarters. As the two most popular colors, the Mark IV Red and Tungsten cars took up almost half of the lot, though a row of Mark II Black cars created plenty of variety in that section. 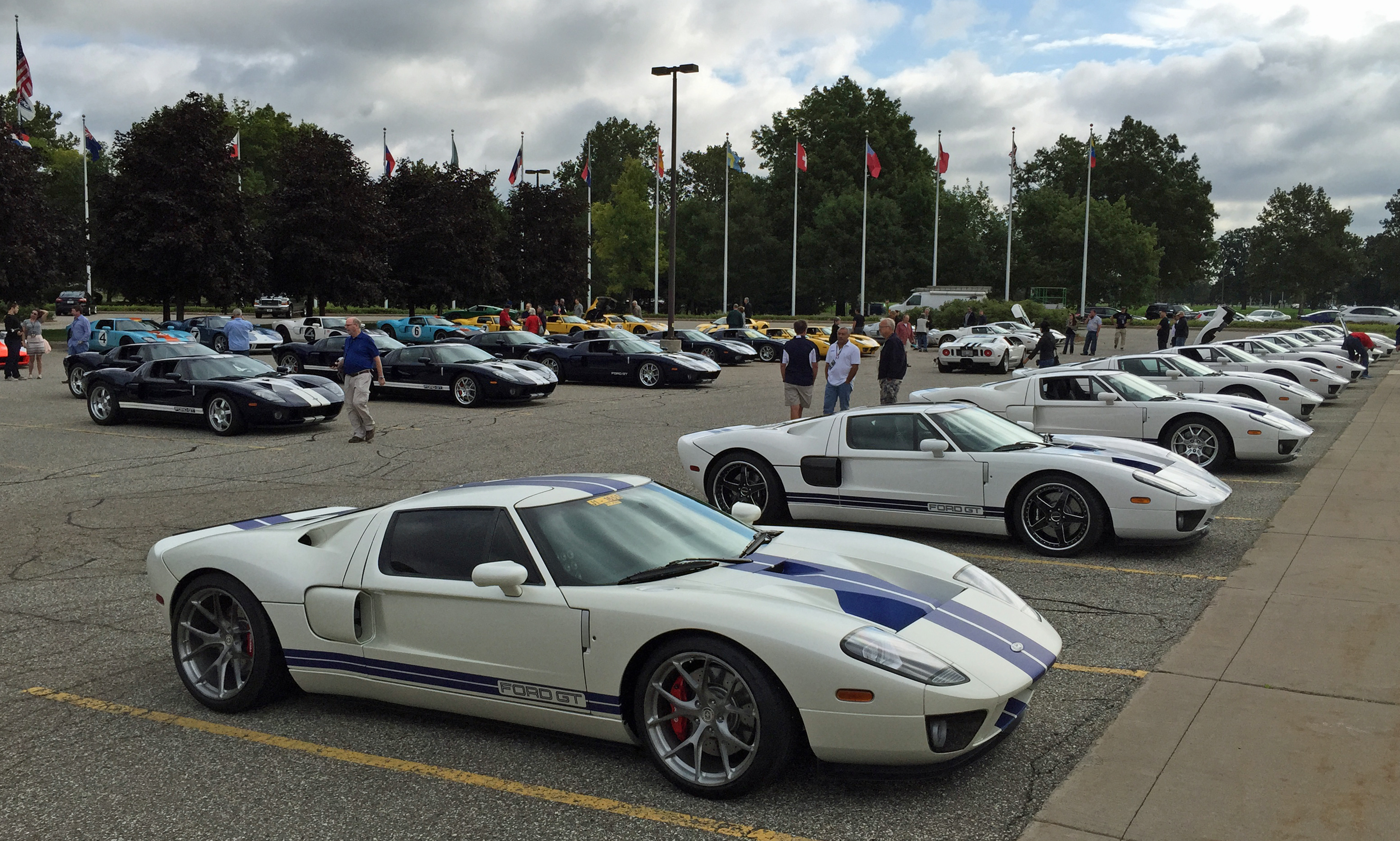 The other side of the parking lot held the Midnight Blue, Heritage, Centennial White and Quicksilver cars, with a few Speed Yellow cars thrown in for good measure. The weather cooperated with partly cloudy skies but no actual rain. 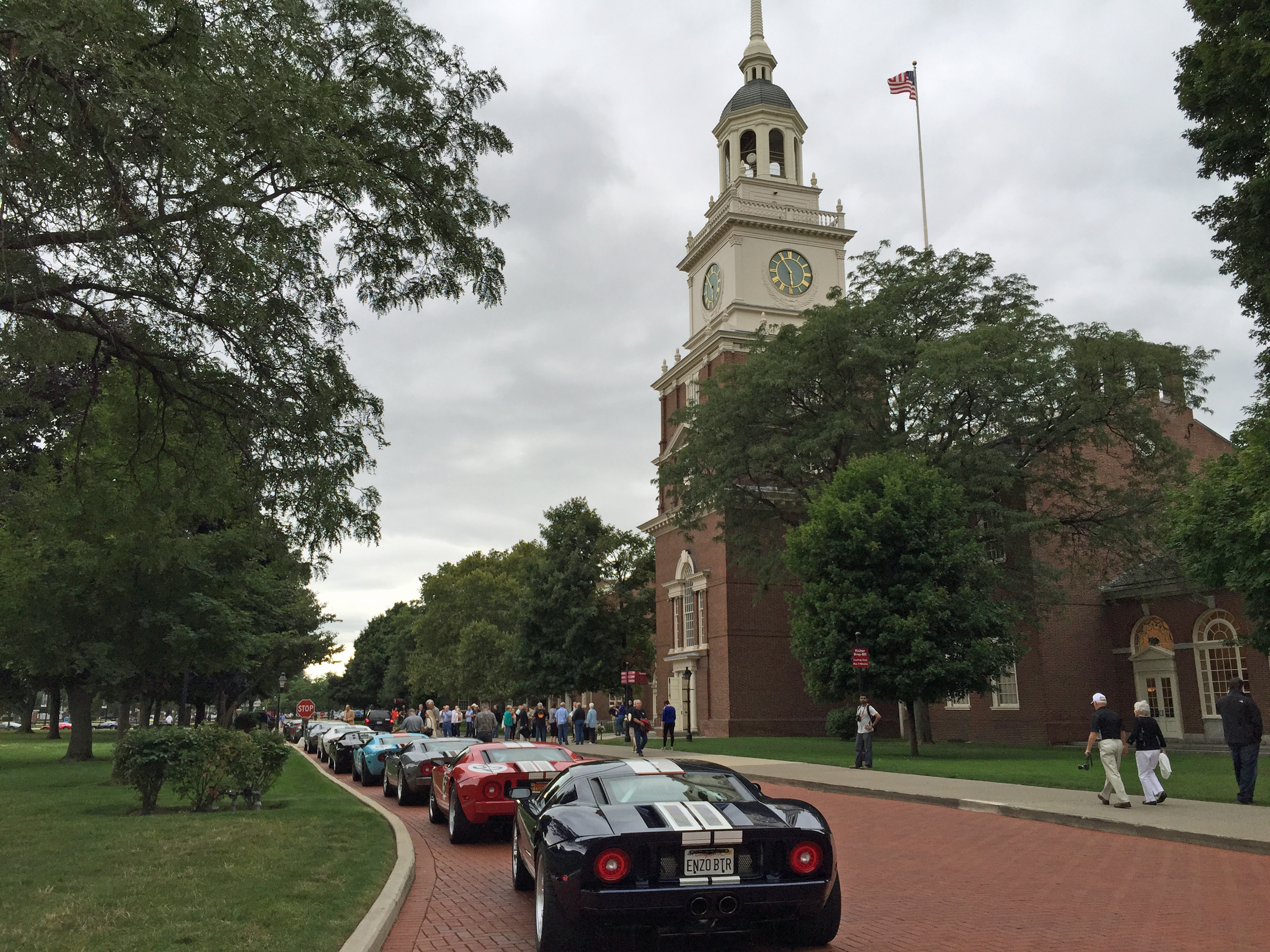 After a photo shoot with the Ford GTs in front of Ford’s World Headquarters all owners were welcome to a tour of the massive Ford Rouge factory. That evening we all headed over to The Henry Ford museum for a panel discussion with original 2005-2006 Ford GT team members before enjoying a strolling dinner in the museum’s main plaza. 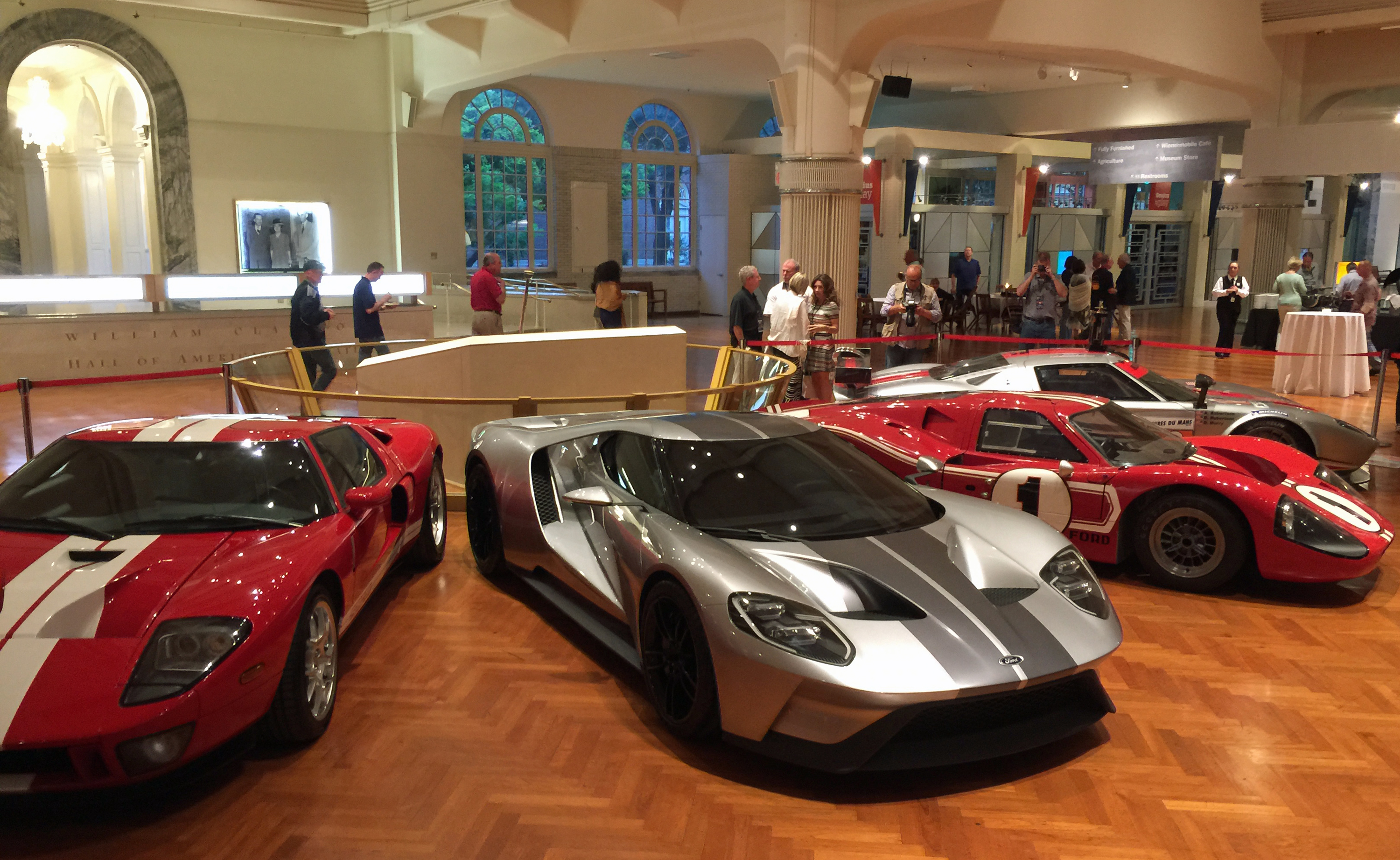 Included in the strolling dinner was a display of all three generations of Ford GT, including the Ford GT40 that won Le Mans in 1967, the all-new Ford GT in Ingot Silver and a Mark IV Red 2005 Ford GT. The Henry Ford is arguably the most elaborate automotive museum in the world. If you haven’t been there you’re missing out on an unrivaled collection of historic transportation and lifestyle displays. 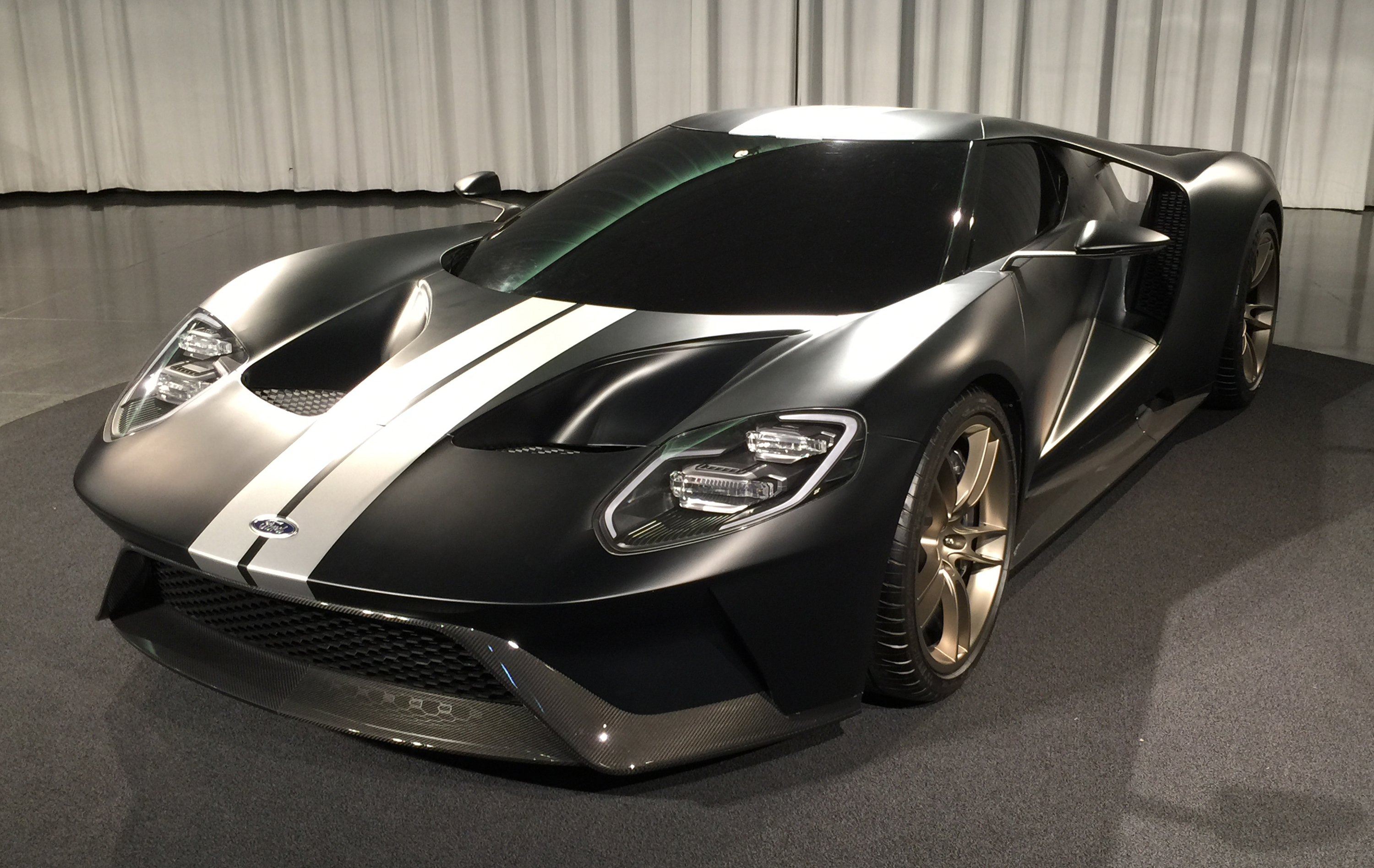 The next morning all owners rally attendees were invited to the Ford Product Development Center for a presentation by Raj Nair, Ford Group VP of Global Product Development. This was when Raj shared the big news that Ford would be allocating new Ford GTs to owners directly, with priority given to current Ford GT owners. This announcement was made next to a flat black new Ford GT concept car that previewed the 2017 Ford GT ’66 Heritage Edition.

Later that afternoon the owners rally got a police escort to the Ford Dearborn Development Center for a parade lap around the banked track and some first-hand exposure to the new Mustang Shelby GT350/GT350R. I missed these events, along with a party that night at Camilo Pardo’s design studio, because I was being interviewed on the Autoline After Hours TV show about the Ford GT Owners Rally and the new Ford GT. 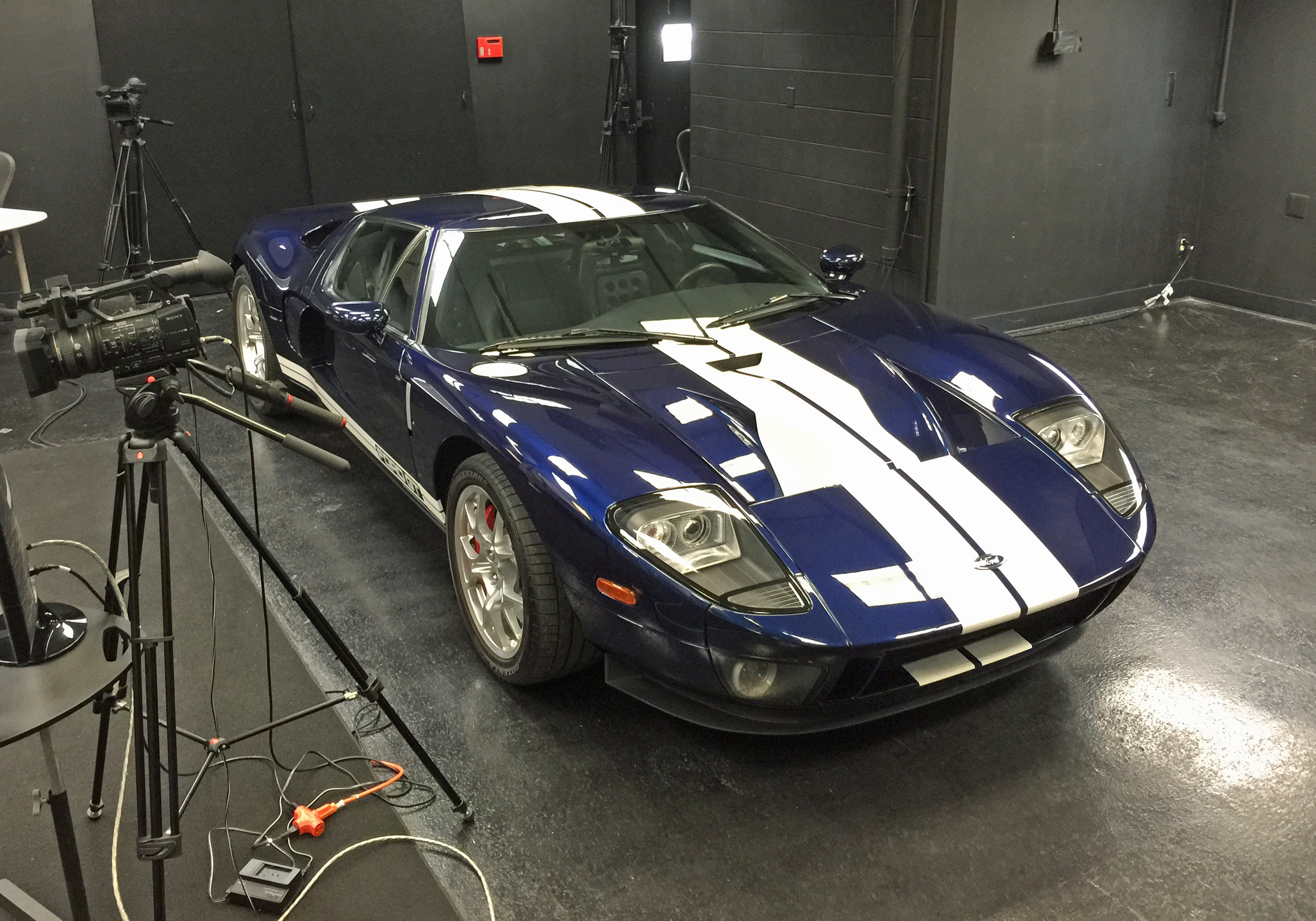 I was sorry to miss the festivities, but the show went well and featured my car in the studio. It was a great opportunity to discuss what has driven the popularity of the 2005-2006 Ford GT and why that energy is contributing to the energy around the new Ford GT. 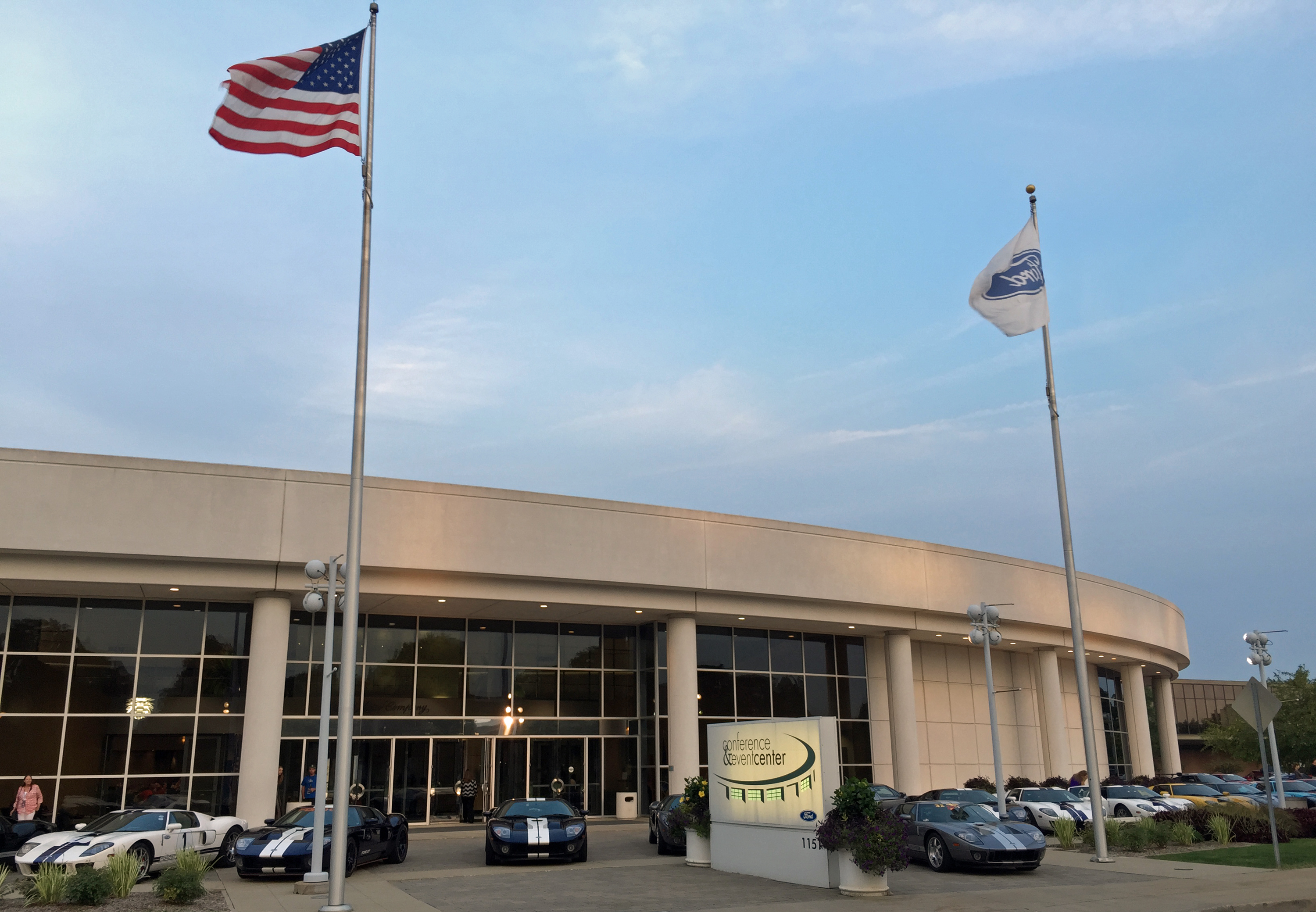 The next day a Ford GT Road Rally had owners driving their cars around the Detroit area while practicing their time and navigation skills. After the road rally all owners gathered at the Ford Conference and Events Center for a panel discussion with the new Ford GT team, plus a final dinner. 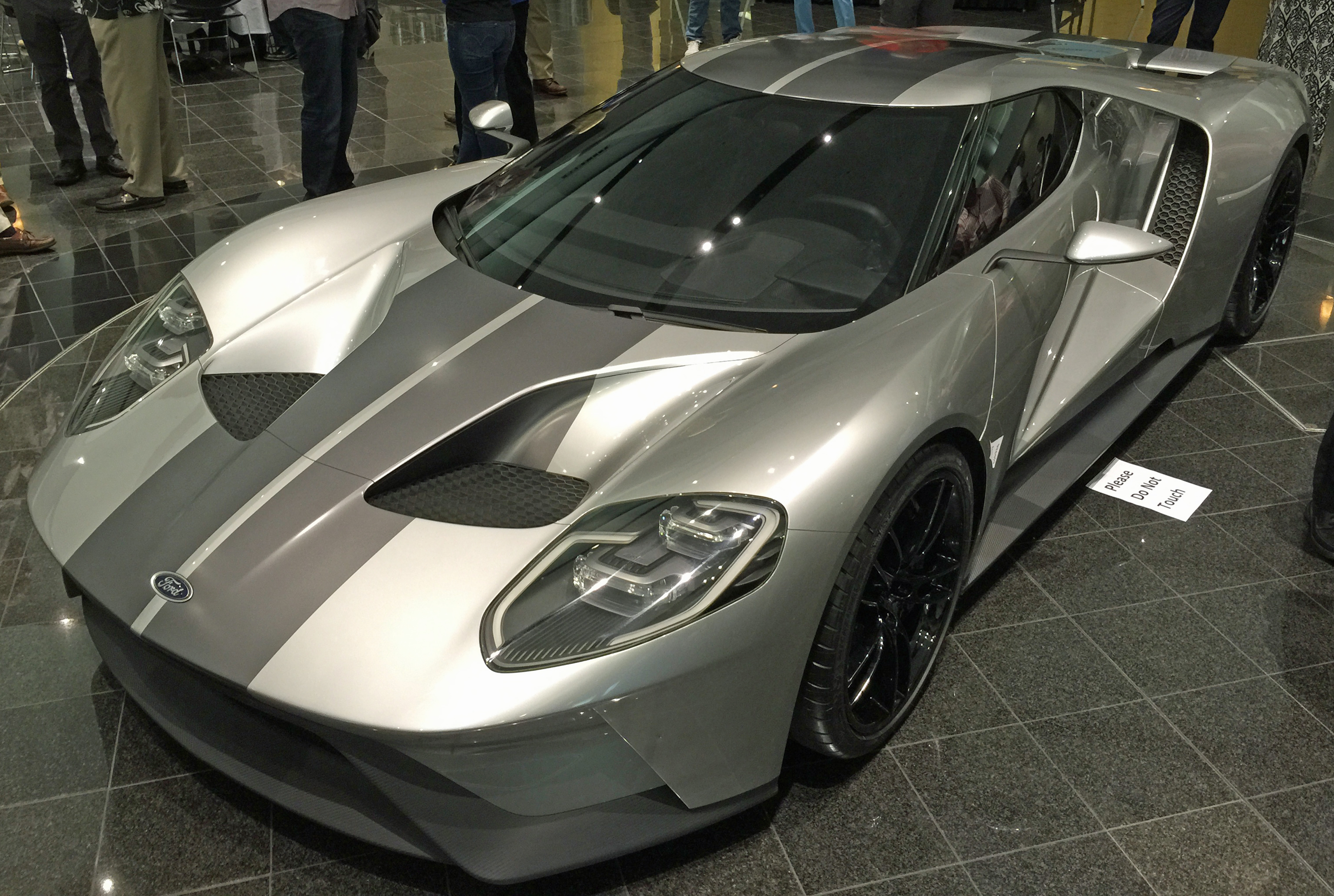 The panel discussion covered a lot of interesting topics about the new car, including the best color (Liquid Blue, according to the Ford GT team members) and the main goal of the new car. As expected, the new GT’s racing focus was a recurring theme as the primary driving force behind its design. 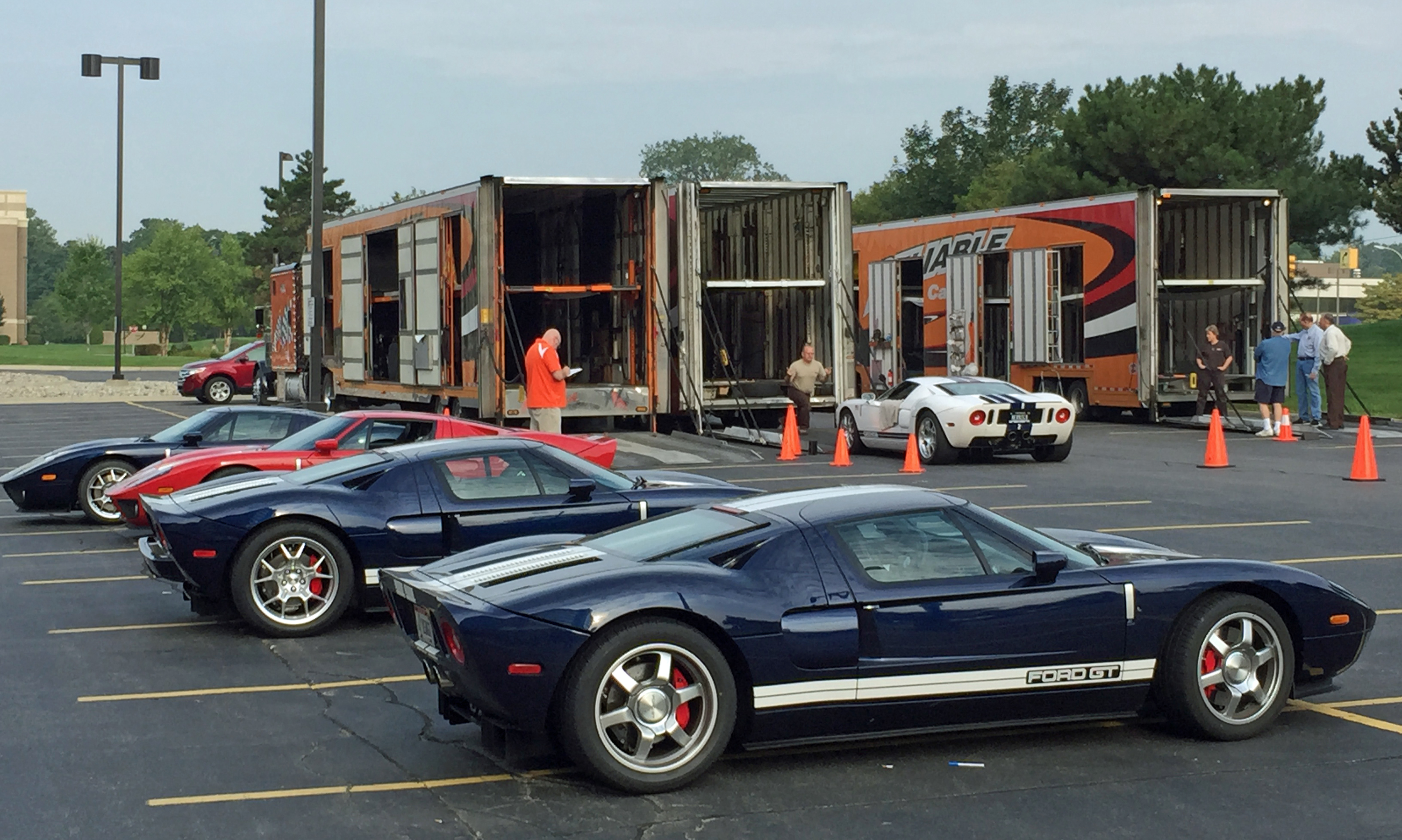 My Ford GT’s first trip in a truck was trouble free — thanks Reliable!

The next morning my car, along with many others, was loaded into a Reliable Carrier truck for its return to Southern California. This was the first time I’d ever shipped my car and my nerves were on edge the entire time. But the folks at Reliable proved extremely professional and careful with this high-value cargo, greatly increasing my willingness to ship my Ford GT to future owner rally events.

The Power of a Ford GT Homecoming