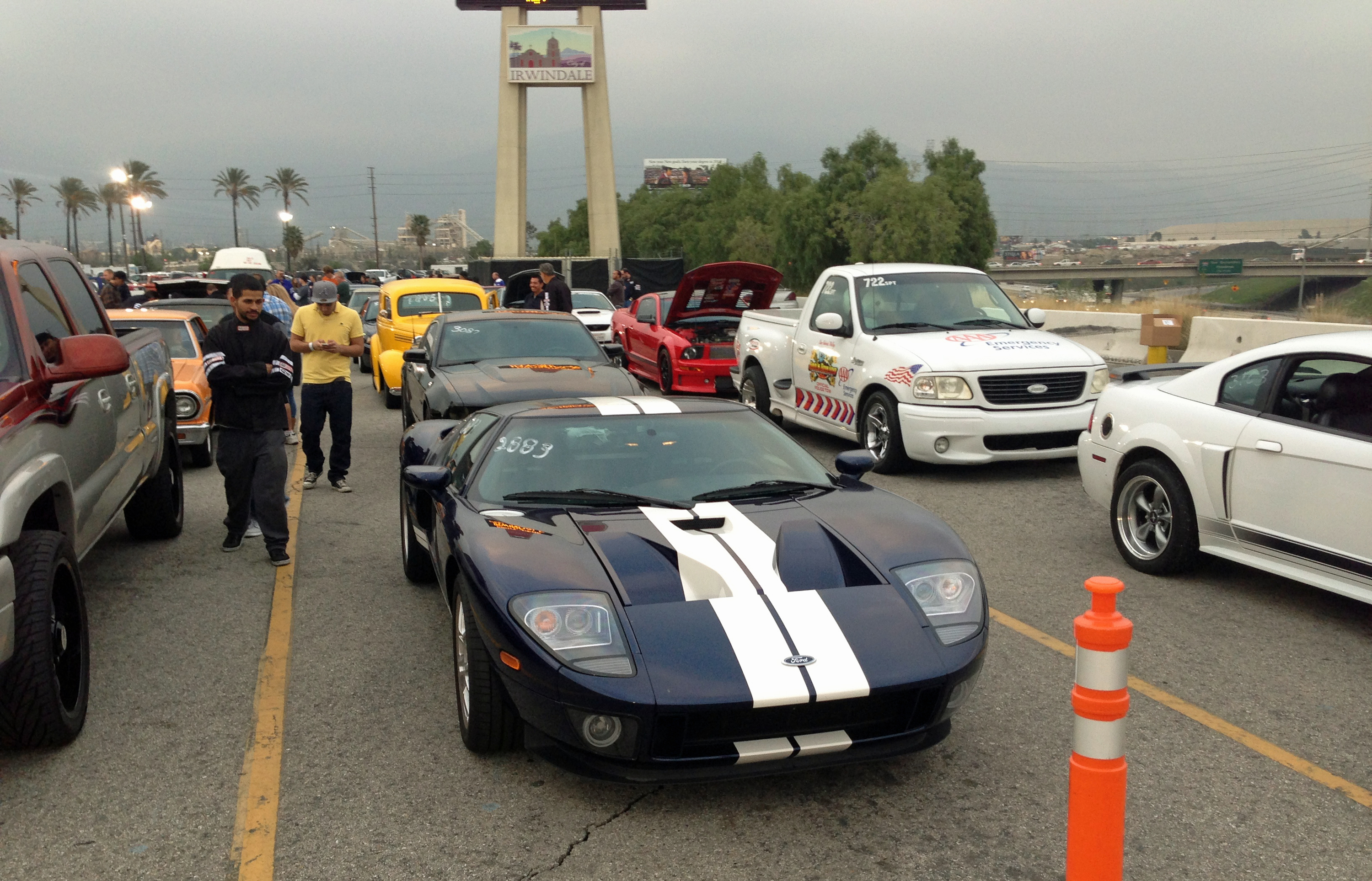 The Ford GT prepares to tackle the drag strip

The Ford GT is anything but a dragster. The car is designed for high-speed cruising or high-speed track duty (the latter preferably when wearing slicks). But that didn’t stop me from visiting Irwindale Drag Strip in February of 2013. My first automotive passion manifested as a love of American muscle cars, and I spent much of my teen driving years going to Bandimere Speedway in Morrison, Colorado in one of many 440-powered Mopars.

I ultimately migrated from drag racing and elapsed times to race track driving and lap times, where turning and braking are as critical as straight-line acceleration (actually, more important). However, Irwindale Drag Strip offers a low entry fee on Thursday nights, so I drove the Ford GT down from Camarillo and figured I’d relive my “racing in a straight line” youth.

After one trip down the strip I quickly realized the major difference between my 1960s muscle cars and my 2005 Ford GT: horsepower. My old 1969 and 1970 Plymouth GTXs were making around 350 horsepower while weighing about 4,000 pounds. The GT makes around 700 horsepower and weights about 3,700 pounds (both weight figures include my 200 pounds sitting in the driver’s seat).

None of these cars have traction control, but the GTXs didn’t really need it, especially at the horsepower-robbing 5,500 foot altitude where Bandimere Speedway is located. The Ford GT is utterly incapable of utilizing its full horsepower when launching from a dead stop. The quarter-mile times it pulls reflect more on one’s ability to balance power against available traction than on the GT’s horsepower.

Because it had been almost two decades since I’d been to a drag strip my drag racing skills were rusty. On my first trip down the strip I was sliding the rear end the entire way and pulled a meager 14 second quarter mile. On my next trip I managed to get into the 13s, but the car had pulled an 11.6-second quarter mile when it was tested by an expert back in October 2007.

I never made a third run because a TV crew was shooting a Pinks episode and kept shutting the strip down between racing rounds. I got tired of waiting and went home, secure in the knowledge I had far more power than I could use at Irwindale Drag Strip. I confirmed exactly how much power the GT’s modified engine is making the following month.