October 2007 was another slow month for driving the Ford GT. There was some action in the areas of car shows and acceleration testing. Both events occurred this month, with my first-ever official car show entry resulting in a second-place trophy. And we finally tested the Ford GT, post horsepower modifications, to see how much quicker it was from zero-to-60 and through the quarter-mile. Thankfully, it gained in both areas… 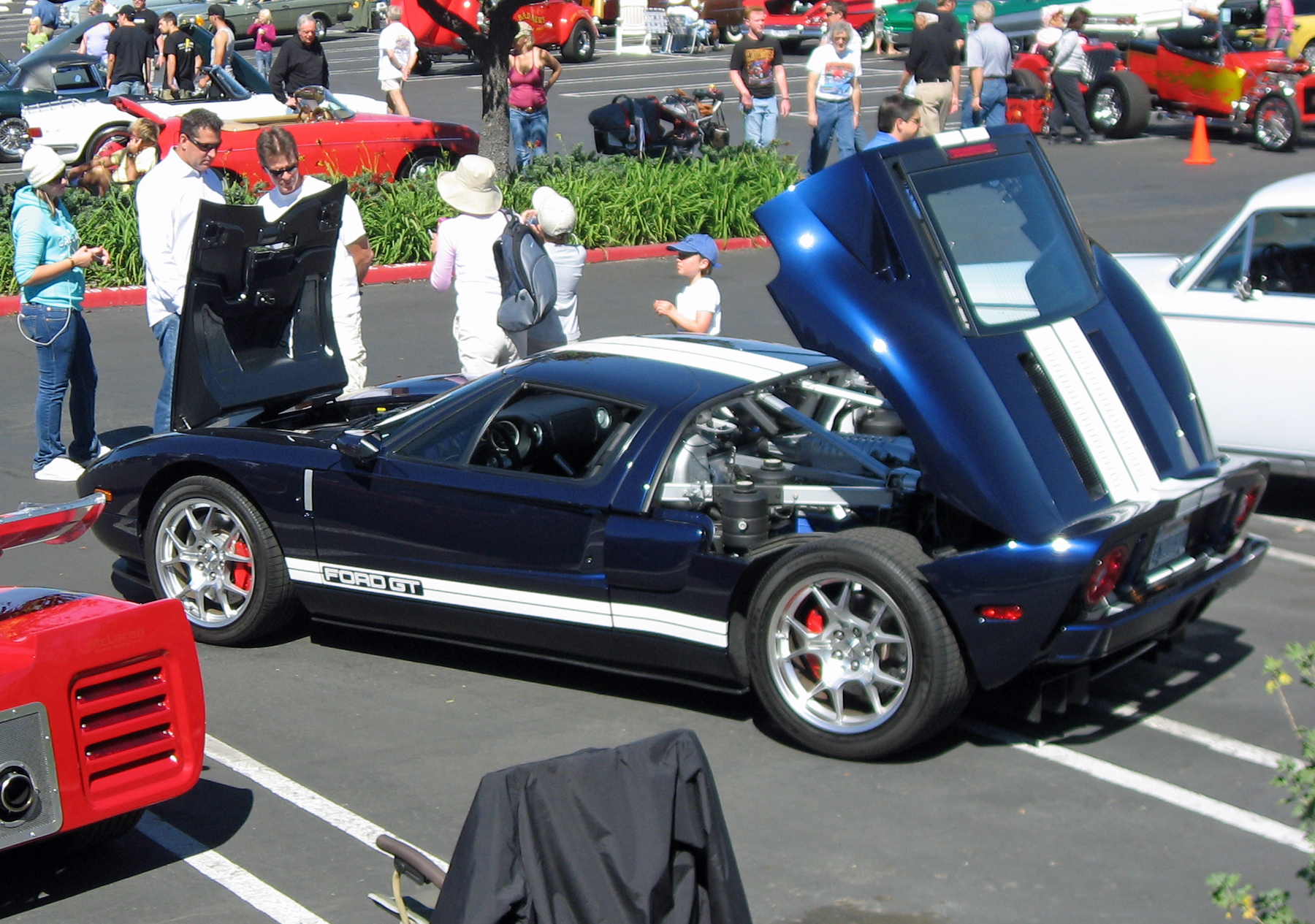 I’ve never entered a vehicle in a car show. I like attending shows, but the idea of competing in them never really appealed to me. This past weekend I entered the my Ford GT in the 22nd Annual Westlake Village Auto Show. As an automotive enthusiast heading toward my fourth decade it was probably past time.

I didn’t really plan on winning anything, though I cleaned the GT up and put it in the “Exotic” category, figuring I’d look at the $25 entry fee as a “preferred parking” charge, plus it included a free T-shirt…

Throughout the day the GT drew lots of attention from car show spectators, many of them asking questions like “What year is it?” and “How many of these did they make?” With the wife standing in to answer questions on occasion I was able to stroll the show and enjoy the other cars, including one Saab Sonett and one Dodge Challenger R/T SE. 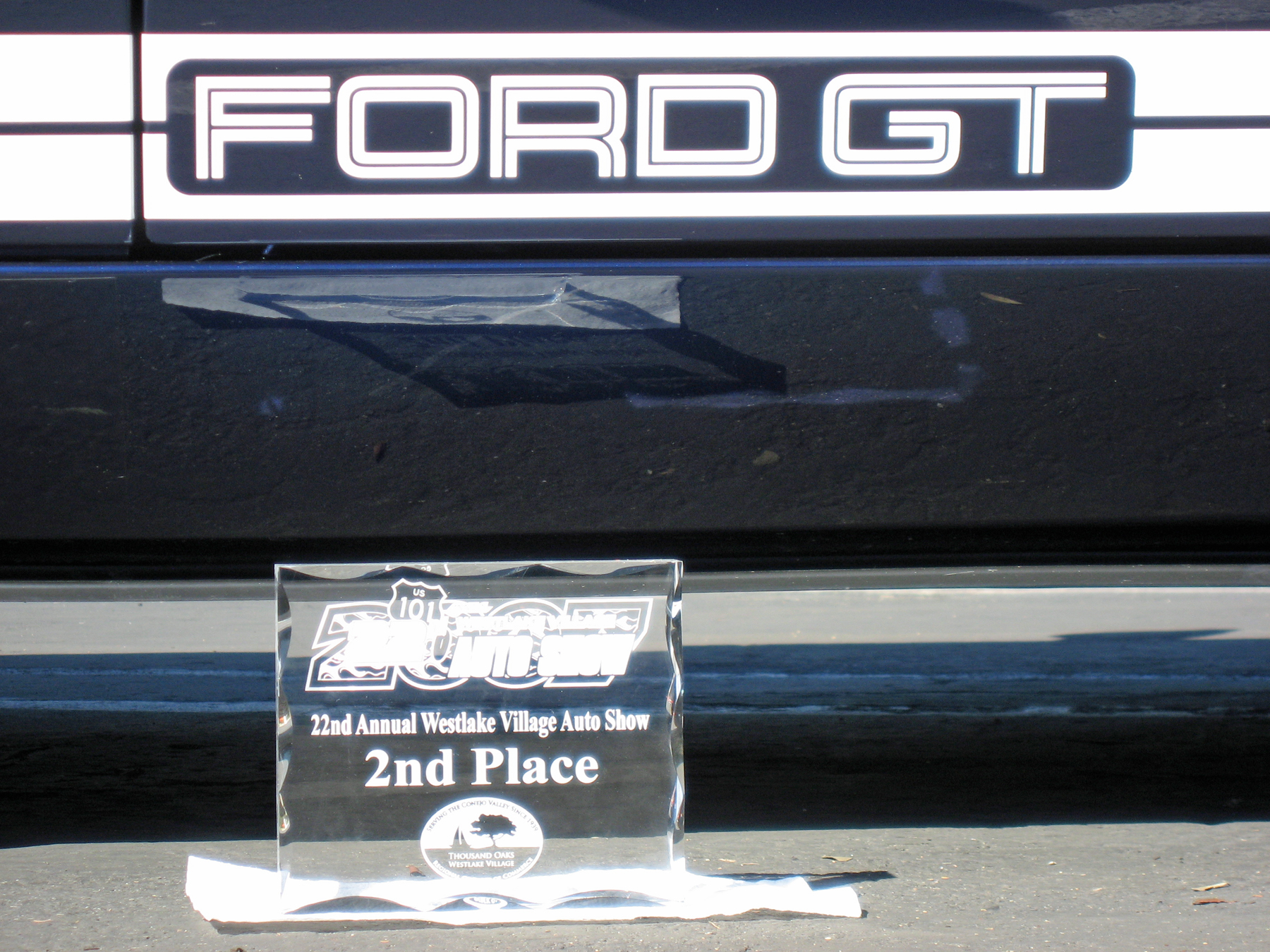 Of course I stayed until the awards were announced — just in case. Low and behold, I got second place! And what took first in the exotic category? Another Ford GT, this one an original model from 1967.

I can live with that.

I don’t care how you define performance — doing zero-to-60 in 3.5 seconds is damn quick! That’s the number we just got out my Ford GT after putting on a smaller supercharger pulley, reflashing the ECU and installing a short-throw shifter (I also put in a transaxle cooler and upgraded axle bolts, but those wouldn’t affect acceleration). For the record, its “before” numbers, with the GT in stock condition, were zero-to-60 in 3.7 seconds and the 1/4-mile in 11.8 @ 124 mph. The “after” numbers I got yesterday were zero-to-60 in 3.5 seconds and the 1/4-mile in 11.6 seconds @ 126.3 mph…

That’s the good news. The bad news is that I had some clutch slippage. It’s possible my initial launch techniques were causing the slippage, and after a cool-down period I got the above numbers without any slip. But on a second try (shown above) the slippage returned after the 1-2 upshift. Now that it’s had a complete cool-down overnight I’m ready to re-try its performance under full-throttle launches. After 10,000-plus miles, and with it now making over 600 rear-wheel horsepower, the GT might simply need a new (or even an upgraded/aftermarket) clutch. I’ll be watching this closely and let you know.