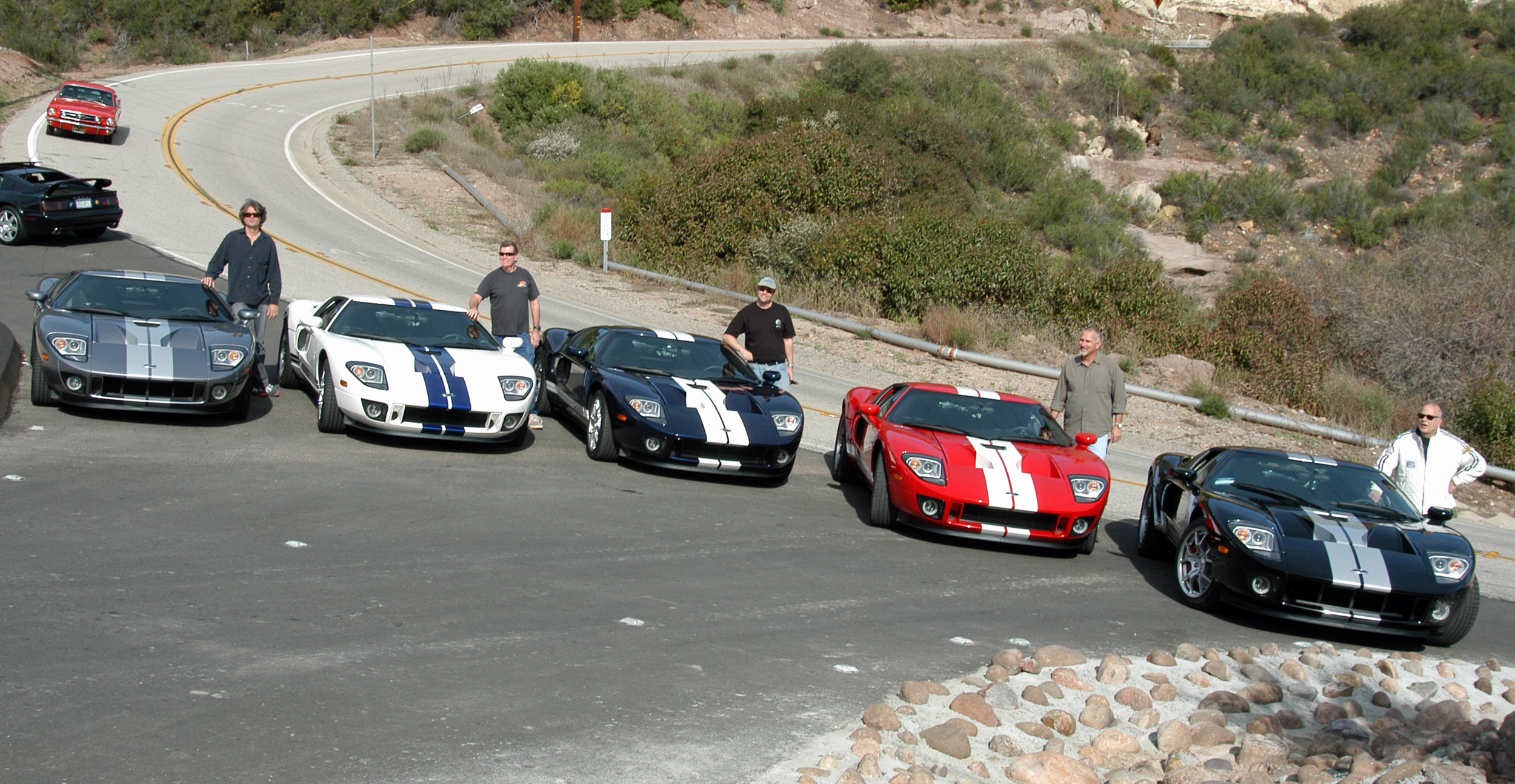 I had joined the Ford GT Forum about 3 weeks after getting my car, in September of 2005, and I quickly realized how amazing the Ford GT owner’s group was. After publishing some photos on the forum from the SAAC event there was immediate interest in having a SoCal GT owners rally. This was in March of 2006, and the Ford GT was still very new, so spotting one on the street was quite rare. You can imagine the reaction we got from other drivers with 12 of them parading through Malibu.
Ford GT Attends Two Rallys

The last 3 months saw limited seat time in my 2005 Ford GT. Exotic sports cars typically see minimal use, particularly during winter months, but living in California is supposed to insulate me from “seasonal-only” usage, right? Well, don’t bet on it. The incessant rainfall and cold temperatures (at least by Southern California standards) of the last three months left little opportunity to exercise the Ford GT’s performance skills. As a result, only 800 miles were added to the odo over the winter months.

Thankfully, they were an entertaining 800 miles, as they involved two Ford GT-specific events. Both events were organized through local owners on the Ford GT forum. 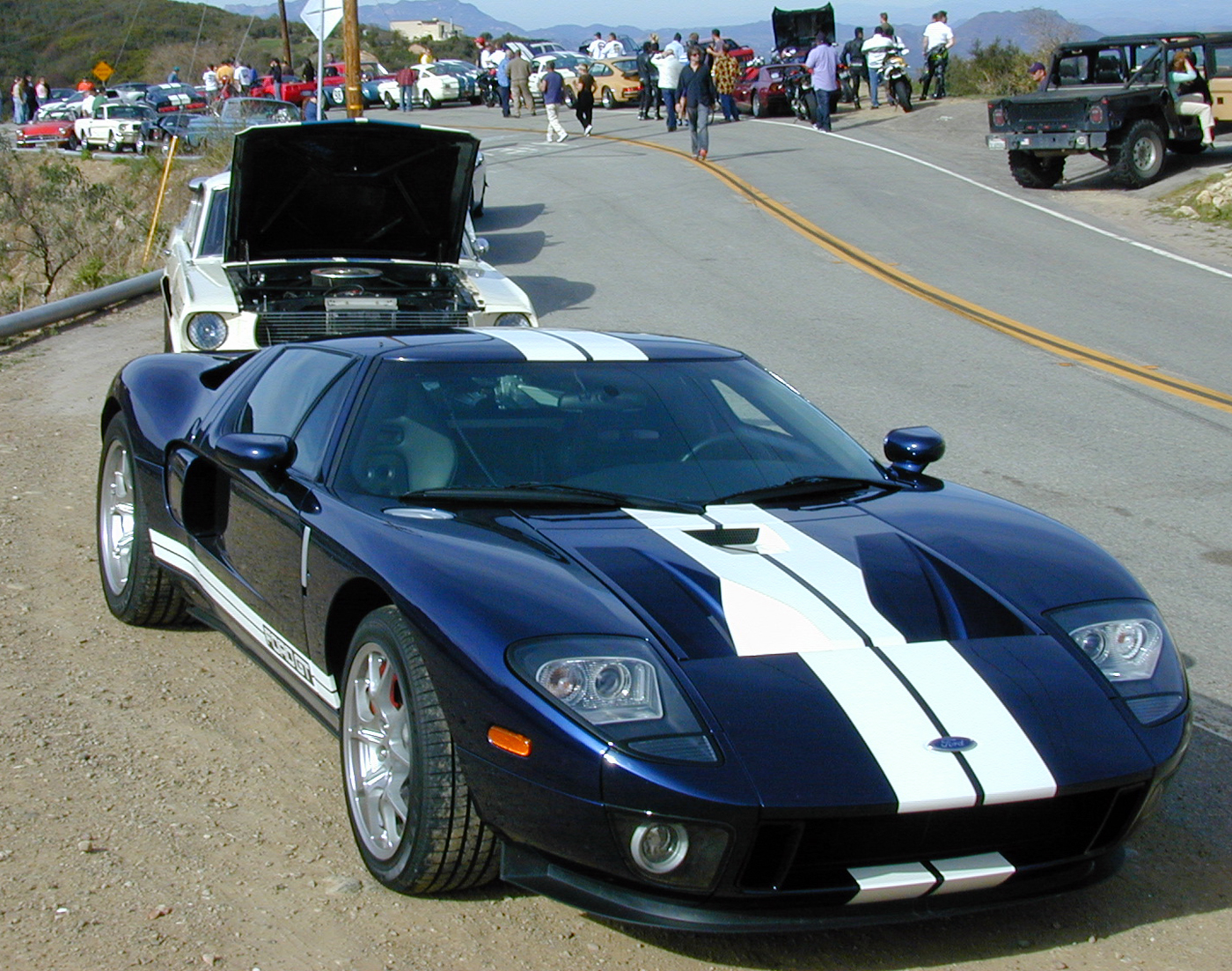 The first event was part of an SAAC (Shelby American Automobile Club) event that started at Pacific Coast Highway and Sunset Boulevard. As you might expect, dozens of cool Mustangs and Cobras from the past four decades showed up to take part in the coastal cruise. But because all Ford GTs are eligible for membership in the club, the SAAC guys enjoyed having my GT (as well as four others) along for the ride. By pure happenstance all five GTs were different colors, which made for some great photo opportunities during the cruise.

After posting several cool photos from the SAAC cruise on the Ford GT forum there was immediate interest in having a Ford GT-specific event. The Paradise Cove Beach Café in Malibu was chosen as the meeting point, and a few weeks later I was among the 12 GTs that arrived for a Sunday morning brunch and canyon run. 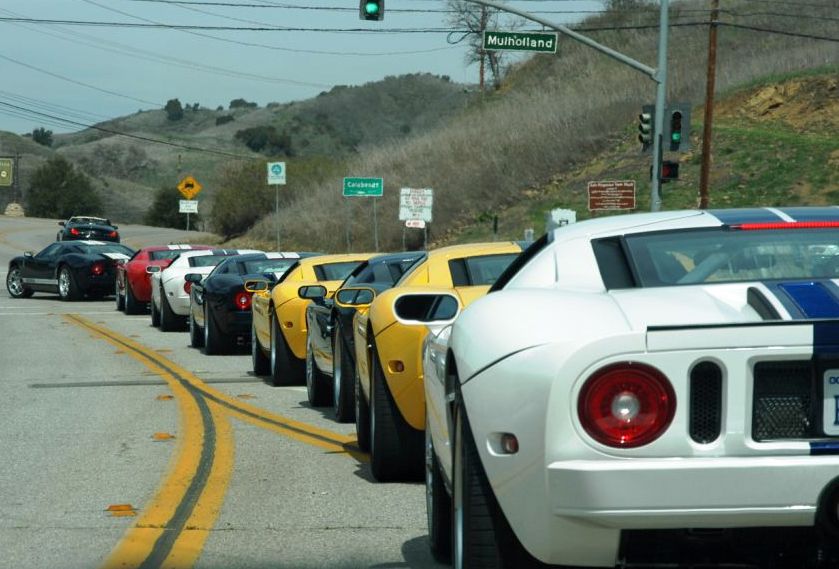 I already knew that one GT gets looks and five can cause a stir on an SAAC Rally, but being one of 12 GTs parading down PCH and along Mulholland Drive is truly a unique experience. I was fortunate enough to lead the procession on this drive, which meant a rearview mirror full of stripes, scoops and smiles every time I looked back. If I were looking for a way to maximize the thrill of Ford GT ownership, I found it.

And while I didn’t get as much seat time over the last few months as I’d have liked, I also couldn’t find a single negative issue to report from this ownership period. In fact, the paint flaw issues I discovered in my Ford GT earlier have been resolved without any downtime at a dealership. How is this possible? By not having them resolved — other than to decide they are not worthy of repair. The more I tried to justify tearing into the factory paint job, and the more I scrutinized the severity (or lack thereof) of the flaws, the less sense it made to have them “fixed.”

The bottom line is that you have to look at a couple of specific sections of the car very carefully (or have someone else point them out) to ever see them. The truth is, my GT already has some small rock chips and a few scratches that are more noticeable than any of these flaws. And unless you park a brand-new car in a museum (not gonna happen with this one) you’re never going to maintain a perfect paint job.

I can live with that reality. Besides, who cares about near microscopic paint flaws when summer is around the corner and it looks like it might finally stop raining in Los Angeles? I’ve got Ford GT seat time to make up!