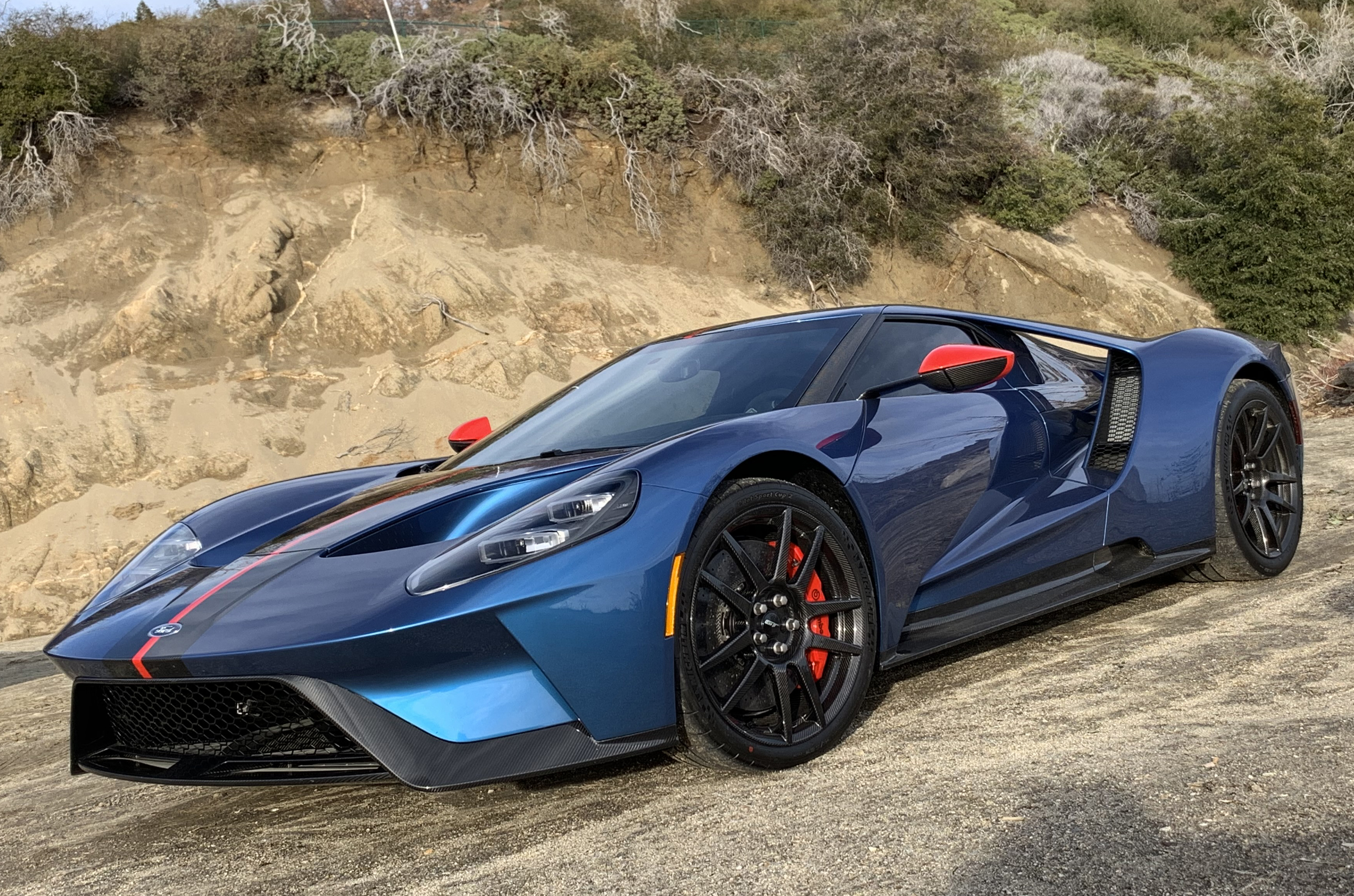 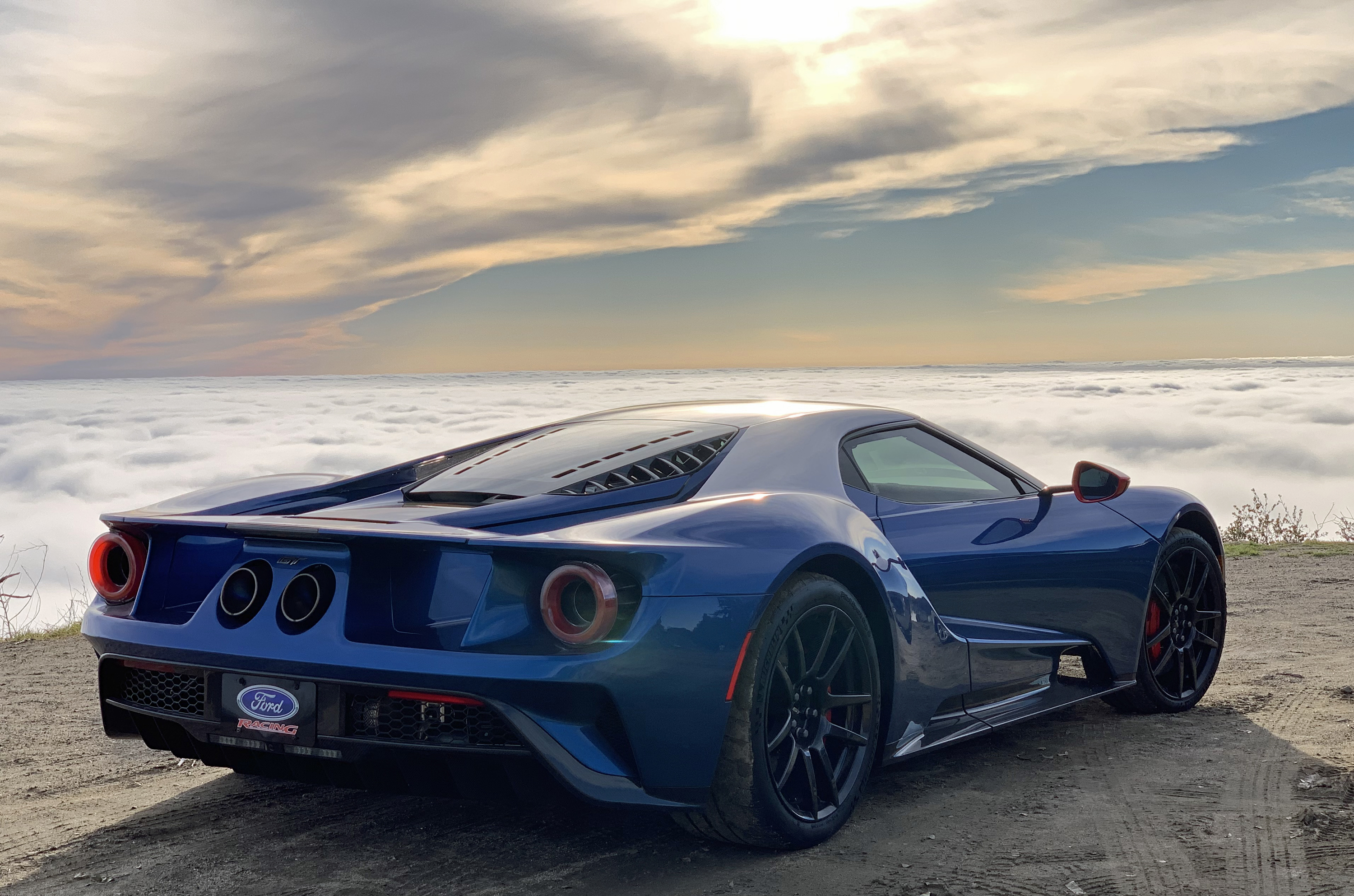 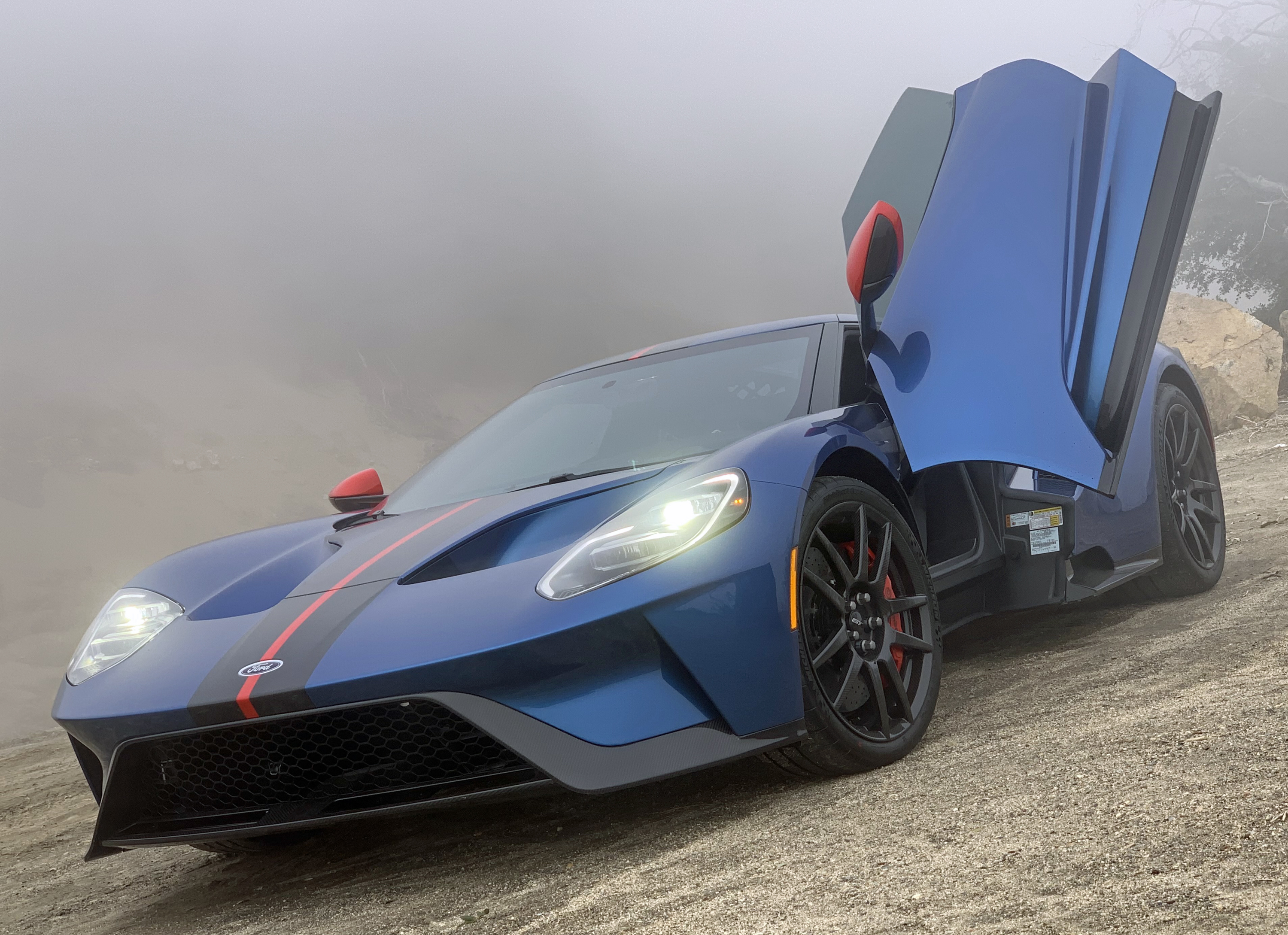 At that point the road quickly climbs the mountain through a series of sweeping turns that feel engineered by driving enthusiasts. A car like the new Ford GT, with superb steering feedback, powerful carbon ceramic breaks and enough midrange torque to rotate the chassis, is the perfect companion. This is where the clarity of the GT’s purpose comes into focus. 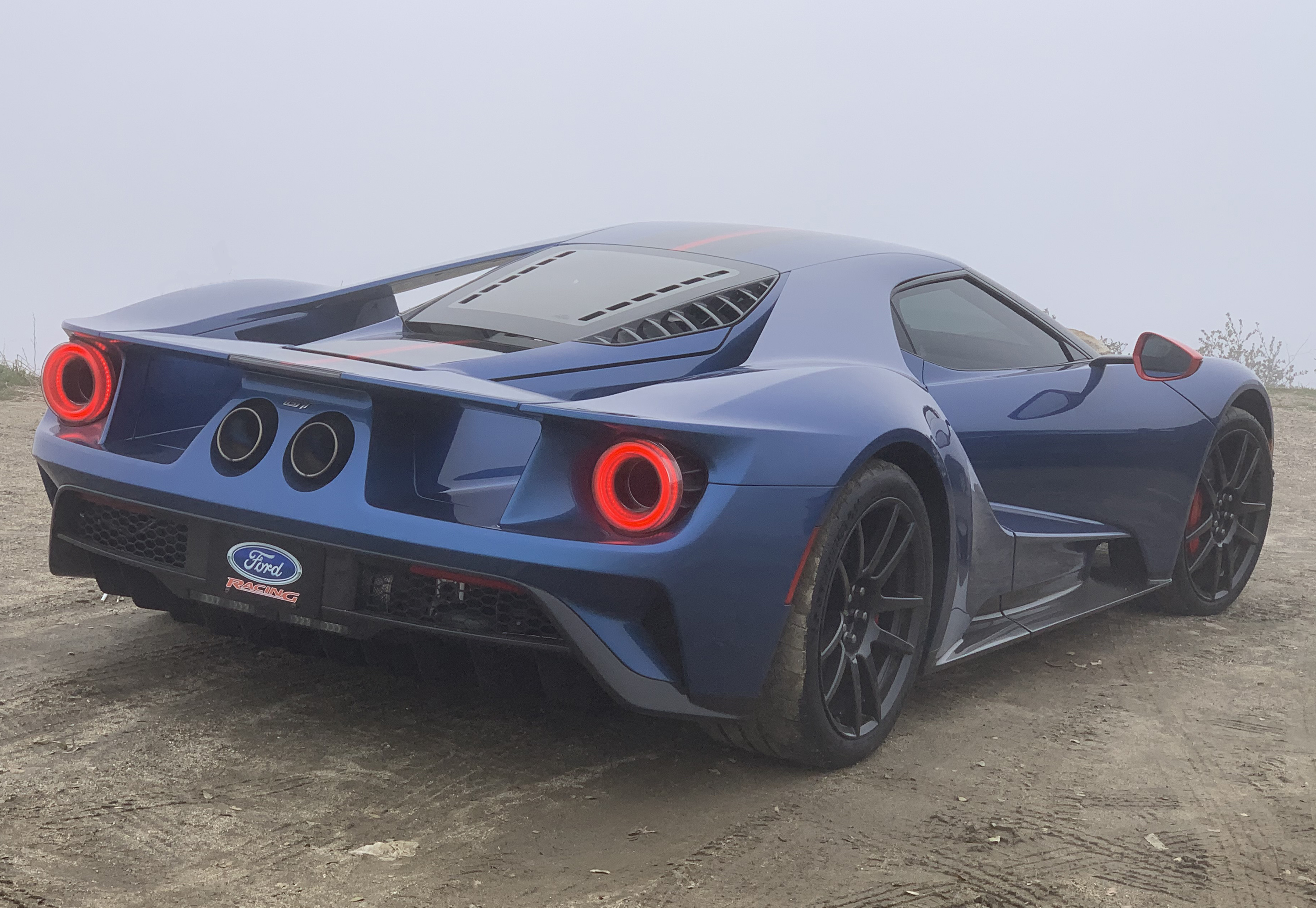 I genuinely appreciated the Ford GT’s confidence-inspiring nature on this first drive, because as I climbed Palomar Mountain I encountered thick fog, reducing visibility. Overall I could still maintain a healthy pace, though I figured it would keep getting worse as the elevation increased. Much to my delight, just before reaching the top of mountain I broke through the clouds, setting up some of the most amazing photos I’ll probably ever take of my 2019 Ford GT. 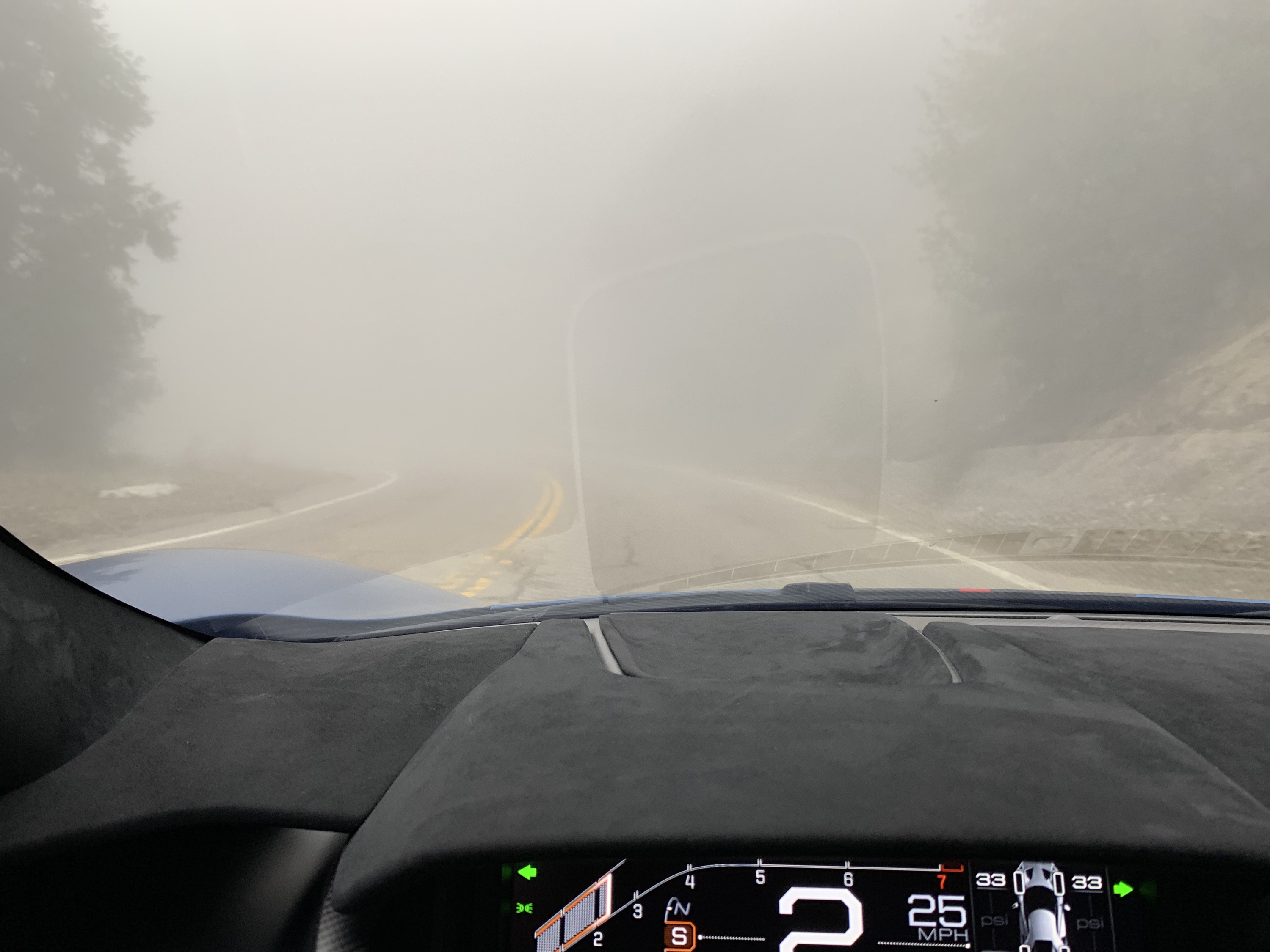 However, the fog/clouds (not sure what to call them at that altitude…) continued to envelope top of the mountain, creating minimal visibility within 15 minutes of my arrival. This gave me a small window to shoot the inspired images seen here. And on my way down the fog did impact my speed due to visibility cut down to as little as 20 feet at times. Prudent speed and caution got me safely down the mountain and back to my house, with an excellent first adventure in the new Ford GT. 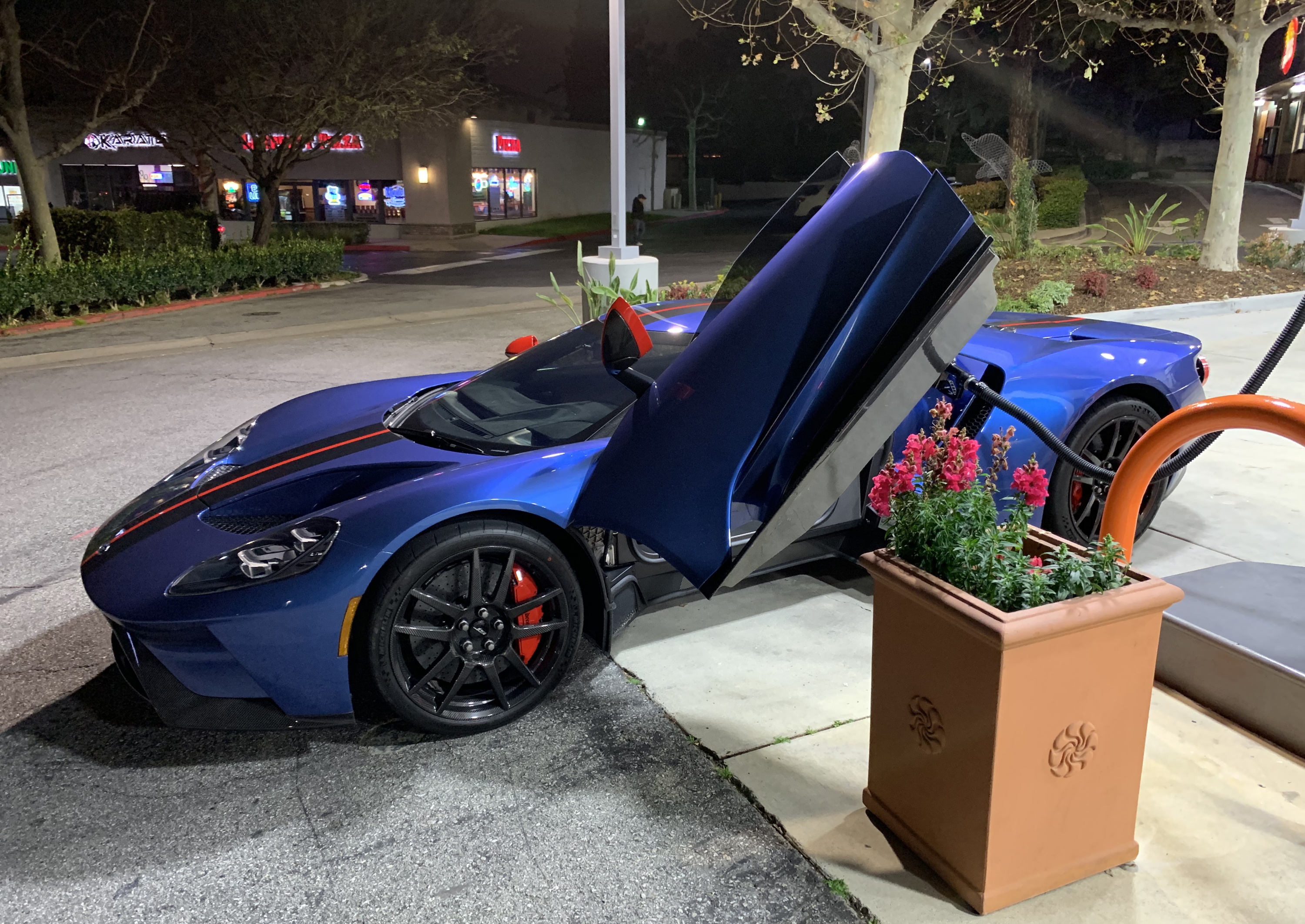 Alls well that ends well, with a fill up after my first Ford GT driving adventure

In explaining a vehicle’s dynamics, I’ve often described cars through the characteristics they share with other vehicles. For instance, the 2005 and 2006 Ford GTs drive like V8-powered, first-generation Acura NSXs (and if that sounds like an amazing combination, it is). The new Ford GT drives like a Porsche 911-powered Mazda Miata. The mid-range torque and high-end rush of the drivetrain (and the exhaust note) feel Porsche boxer-engine inspired while the GT’s light curb weight and super-responsive, super-precise, super-friendly at-the-limit dynamics feel like a Miata.

If that sounds like yet another fantasy automotive pairing, it should. Because it is.