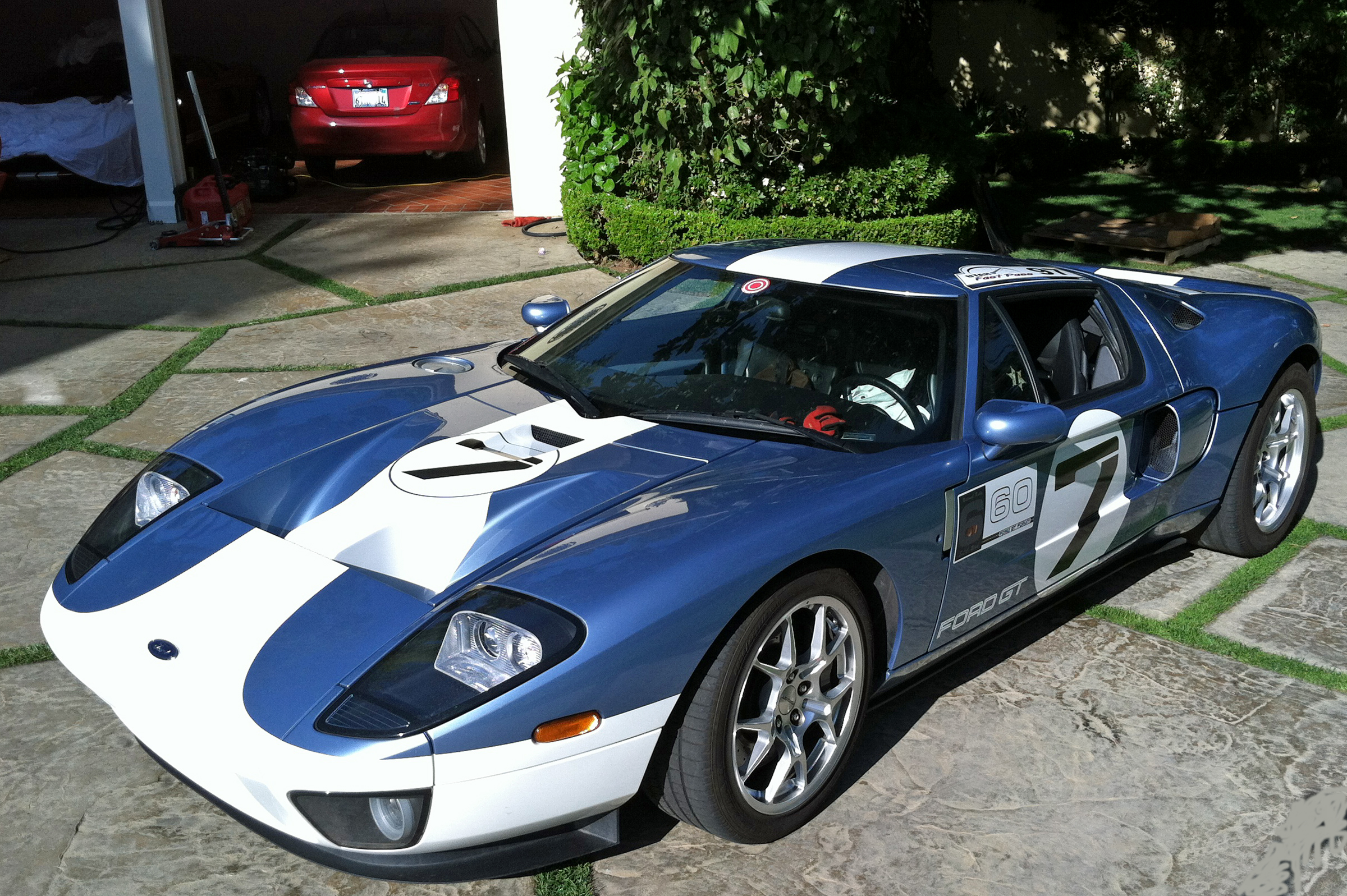 When I discovered my second (of many) failed gauges in March 2012 I wasn’t very happy, but there was an upside to the experience. While I was at my friend’s house in Brentwood getting my car serviced another Ford GT showed up. This one was a Camilo Pardo Signature Series Ford GT called “Blue Moon.”

Blue Moon is owned by a Southern California Ford GT fan that contracted Camilo Pardo, the original designer of the 2005-2006 Ford GT, to create a special one-off exterior paint scheme. Blue Moon features not only a unique metallic blue color but also a suspension lowering kit, a rear bumper delete kit and upgraded engine performance from a pulley replacement and ECU engine refresh (the latter is the same upgrade The GT Guys performed on my GT in August of 2007).

While I don’t plan on ever doing a custom paint job to my Ford GT I do appreciate the creative designs Camilo has come up with for multiple GT owners. I’ll feature additional Camilo Pardo Signature Editions in future posts.