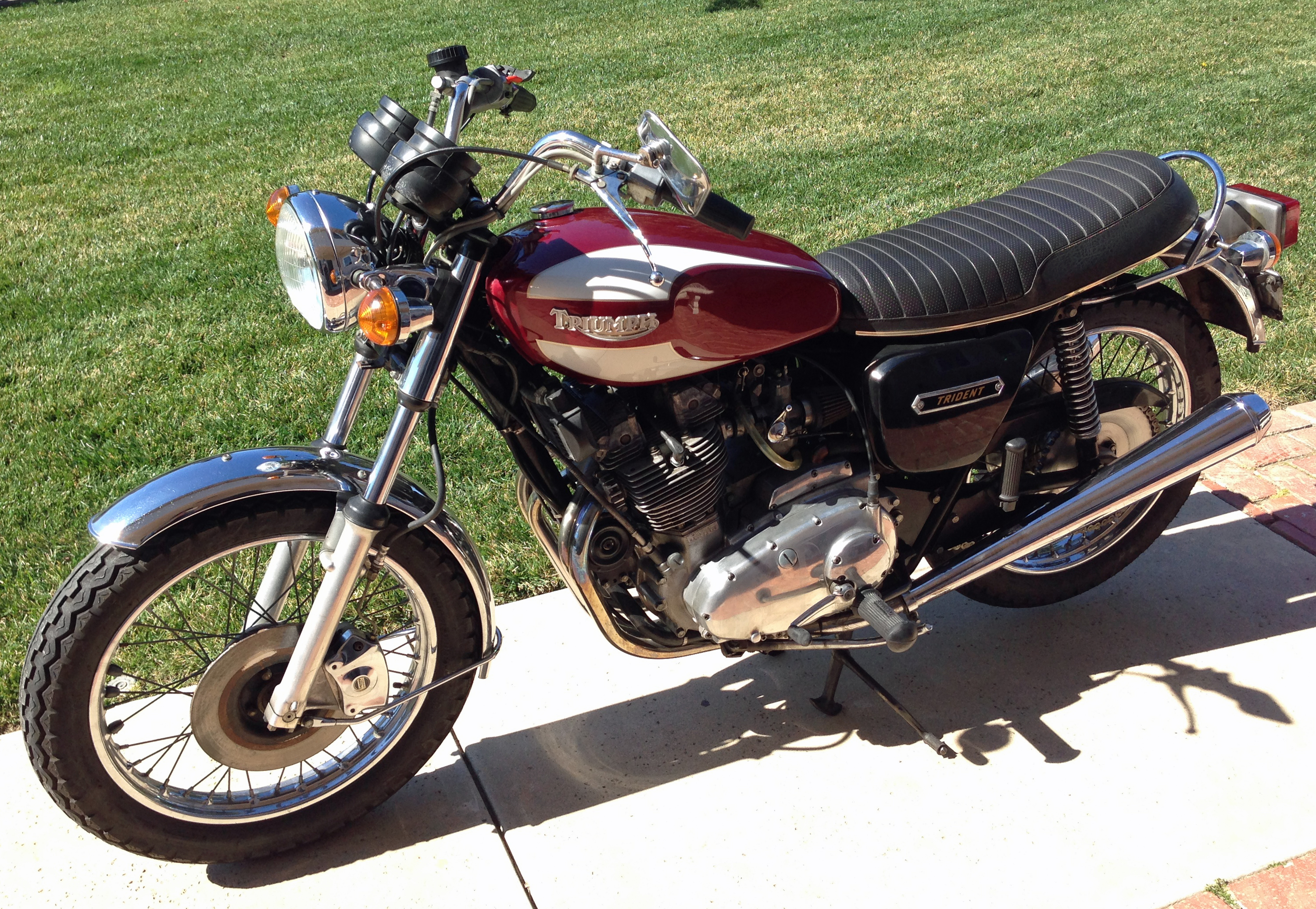 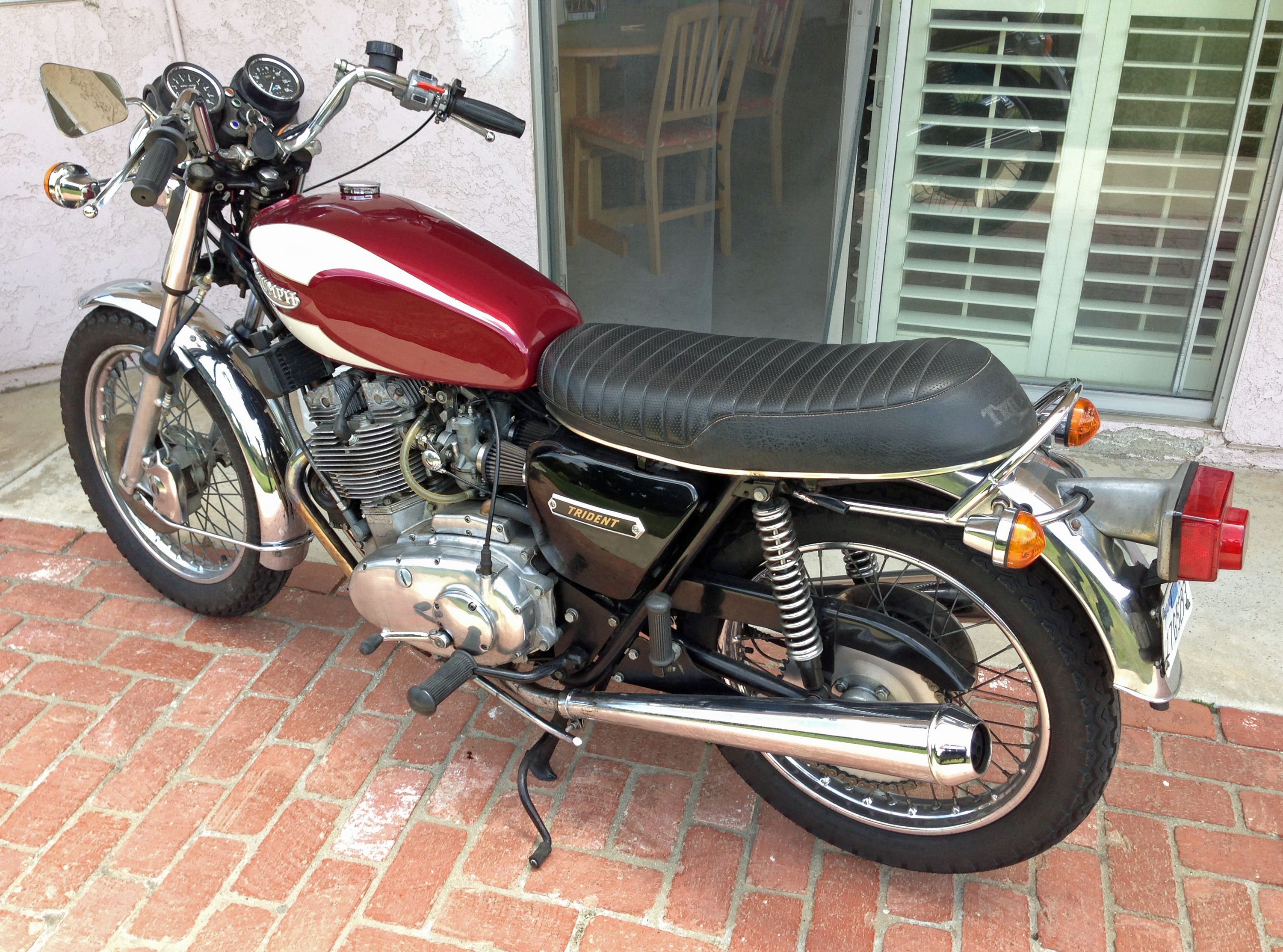 After owning two Triumph T160 Tridents I can confirm their excellent power, handling, stopping power and long-distance comfort. Two years in a row, during the 4th of July holiday, I rode one over 500 miles, from Denver to Grand Junction and back in the early 1990s. The T160’s worst traits were mediocre fuel efficiency, low (fixed) foot pegs that limited its otherwise excellent handling and the standard vintage British bike issues — a somewhat leaky engine and hard-to-synchronize triple carbs. Neither of those latter items were deal breakers during my experience with the bikes, but they were minor annoyances.

The T160 Trident is among my favorite British bikes, along with the 1973 Triumph Hurricane X75

Rated at 58 horsepower and weighing almost 500 pounds the T160 was no speed demon. However, its 750cc three-cylinder configuration gave it both a wide torque band and relatively smooth operation past 6,000 rpm. Those trips to Grand Junction included a passenger while riding over Vail and Loveland Pass at over 11,000-foot elevation, yet the bike handled both trips without issue. 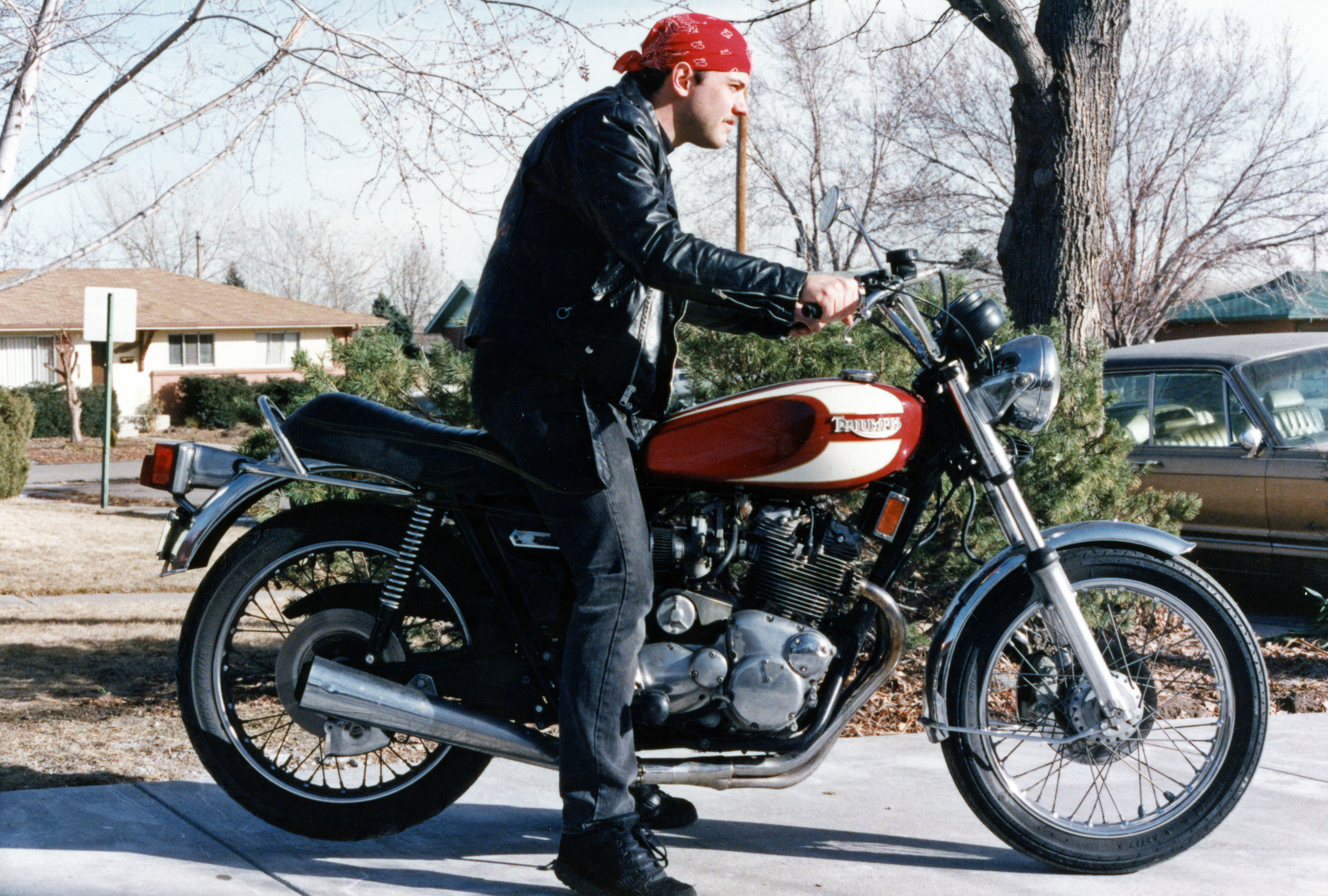 I mastered my non-corporate look over 30 years ago. This above photo is from 1990

I sold my first T160 Trident to my brother when I moved to California in 1994. I bought a second one in 2002 and kept it until 2014. What ultimately sent the T160 packing was my desire for modern maintenance and braking capabilities, neither of which was terrible on the Trident but both were still well off 21st century standards. I still consider T160 Trident one of the best-looking and best-executed motorcycles from this era, but I don’t have the patience for its (or any vintage bike’s) idiosyncrasies at this point in my life. Among other things, I need modern-day, high-pressure fuel injection systems that can handle what passes for modern-day “gasoline” in 2018.