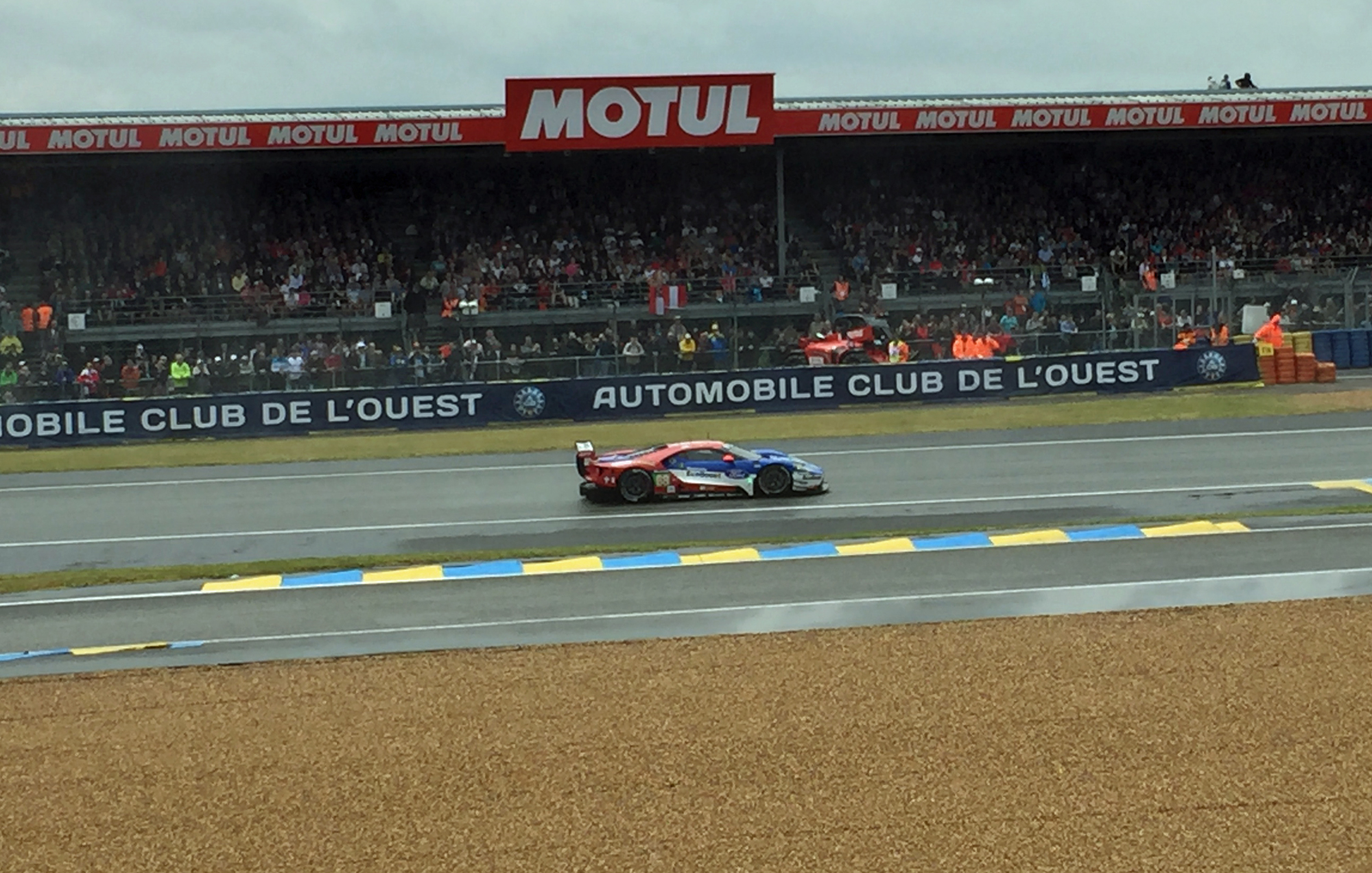 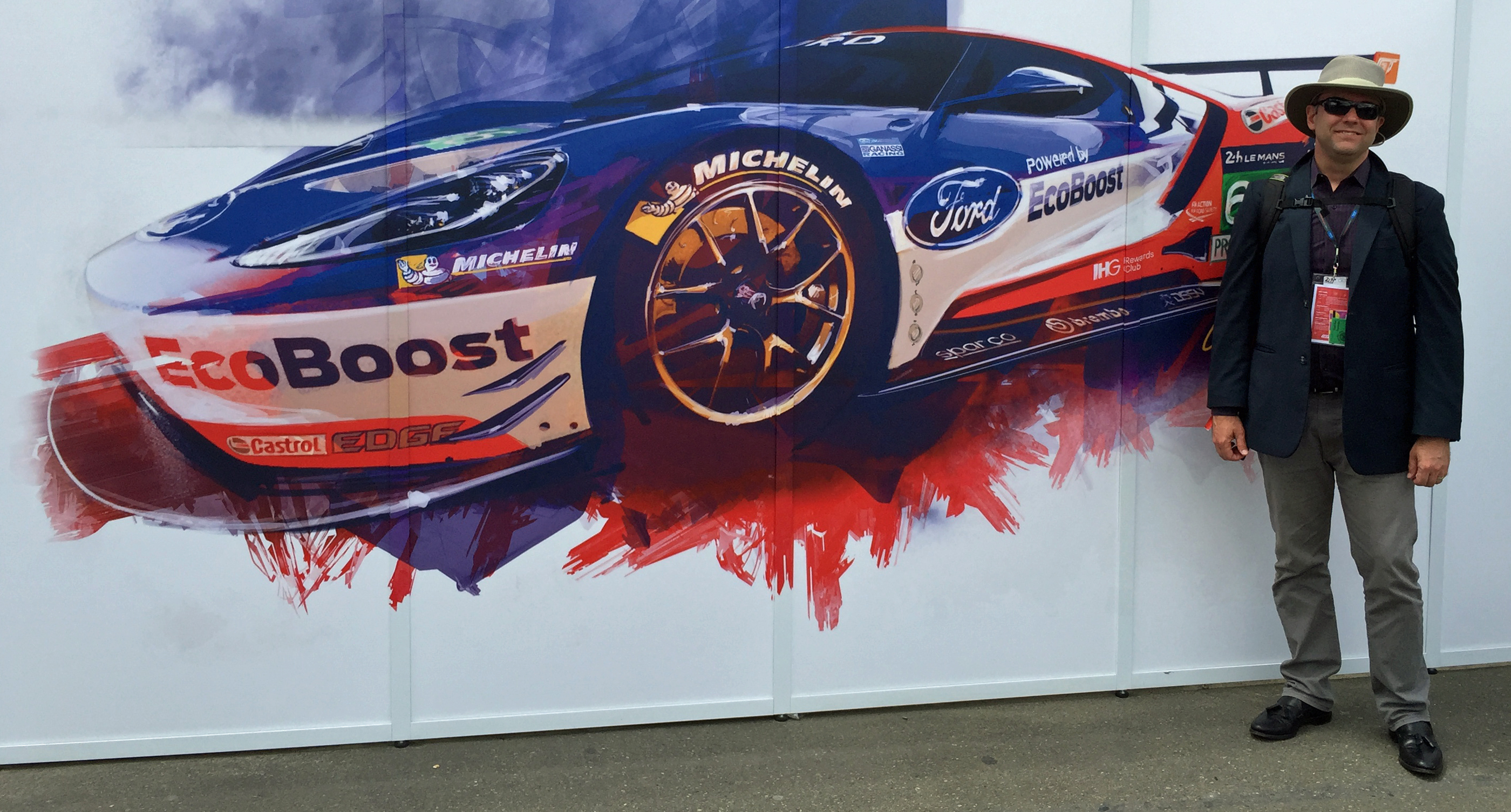 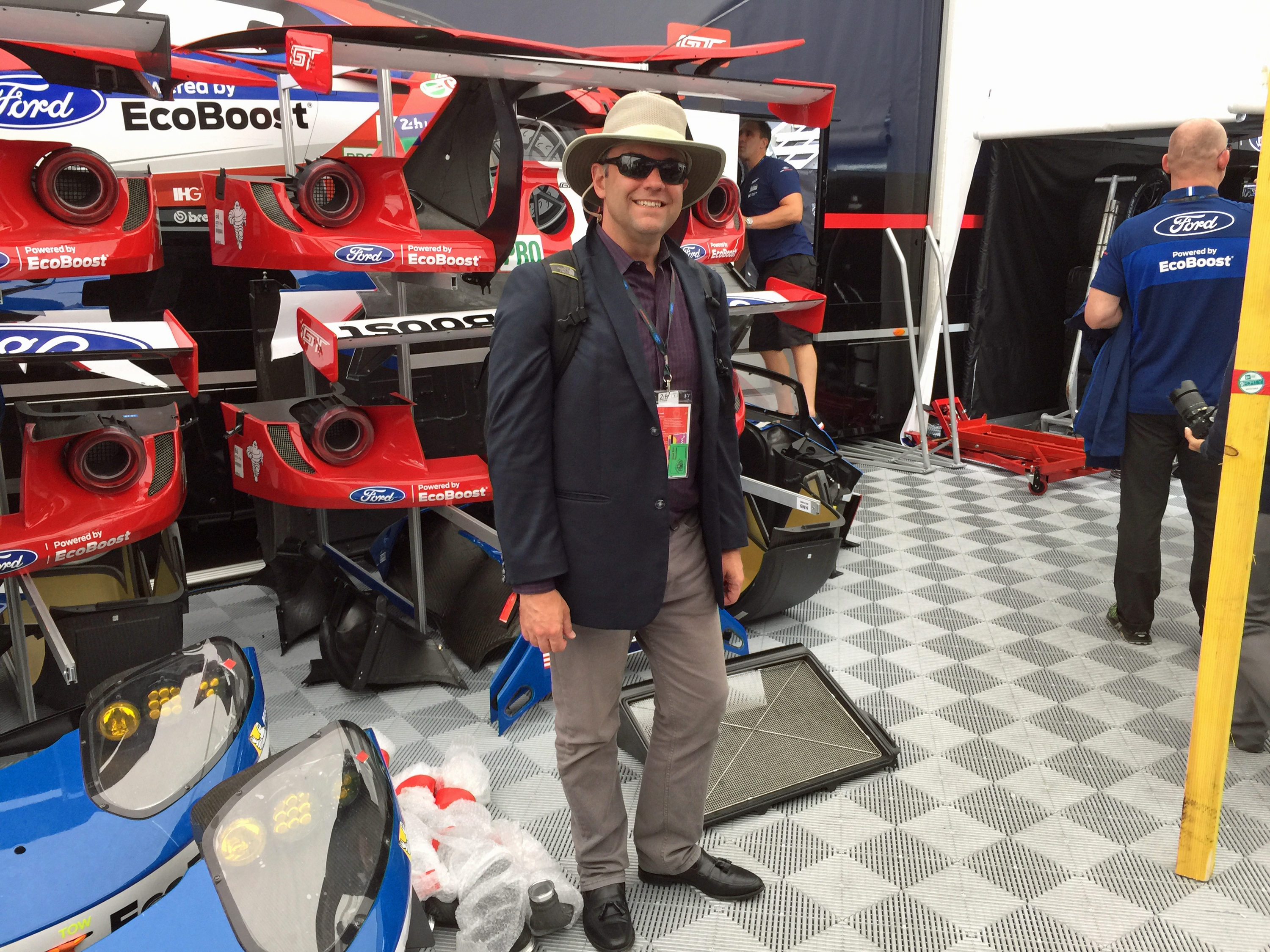 All attendees had full access to the pit area and were given a tour of the Ford GT garage. Seeing the new GT in this setting was amazing, especially when you consider how close the street version is to the race car. Watching the race crew precisely manage the stacks of body panels, tires and mechanical pieces during the race was an experience I’ll never forget. 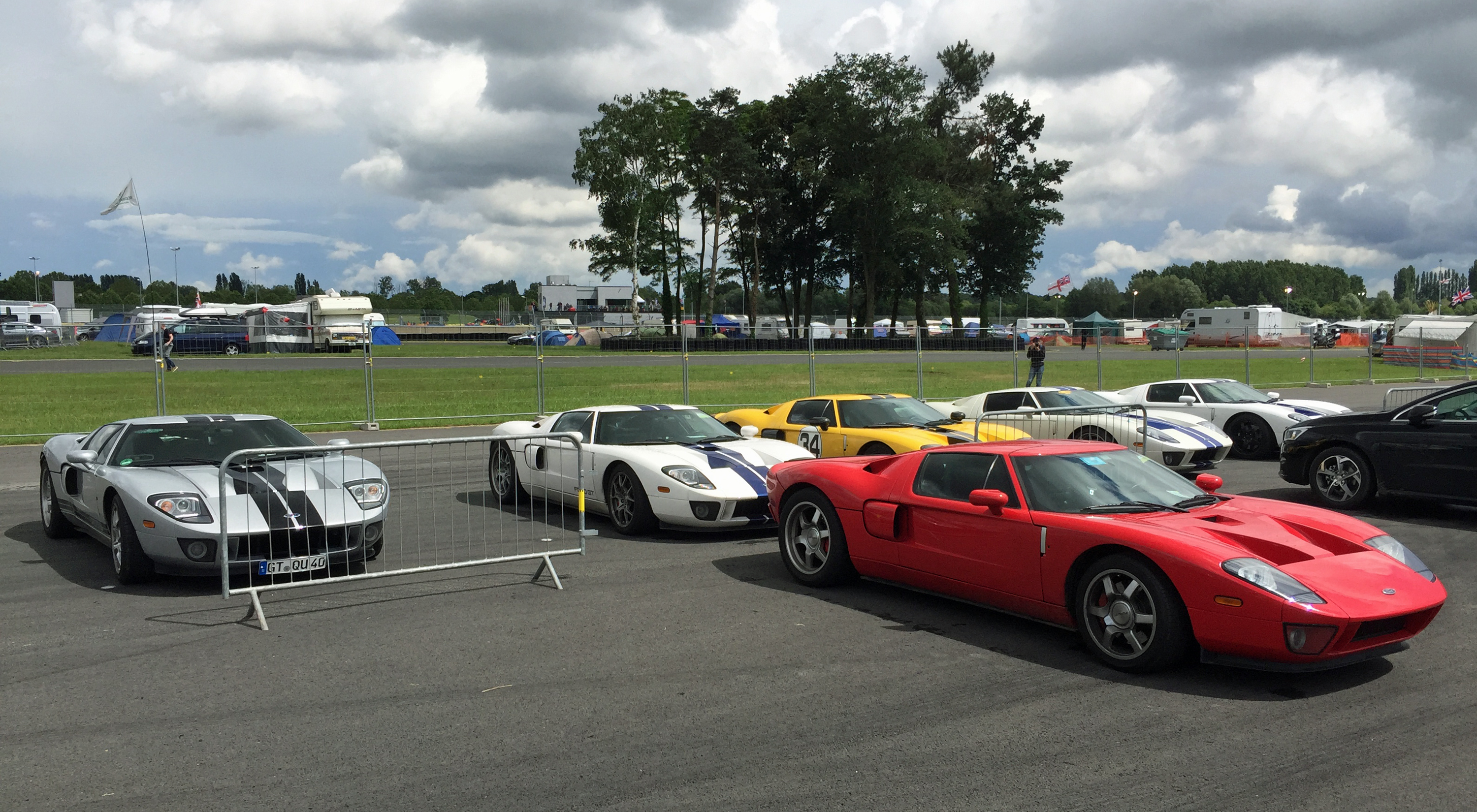 Beyond the race activity there was a range of owner-related events occurring throughout the weekend. Several Ford GT owners from the U.S. even shipped their cars over for the race. These lucky folks were able to participate in a parade lap around the Le Mans race circuit before the 24 hour event started. They also had quite an adventure cruising European highways and race tracks before arriving in Le Mans.

The race itself was thrilling to say the least. Bill Ford Jr. waved the green flag to start it and the four Ford GTs being campaigned all performed well, with number 68 winning its class exactly 50 years, to the day, after the original 1966 Le Mans win. I felt so fortunate to be a part of the celebration, which I chronicled in a Forbes story posted right after the checkered flag dropped. A once-in-a-lifetime experience I’ll never forget.