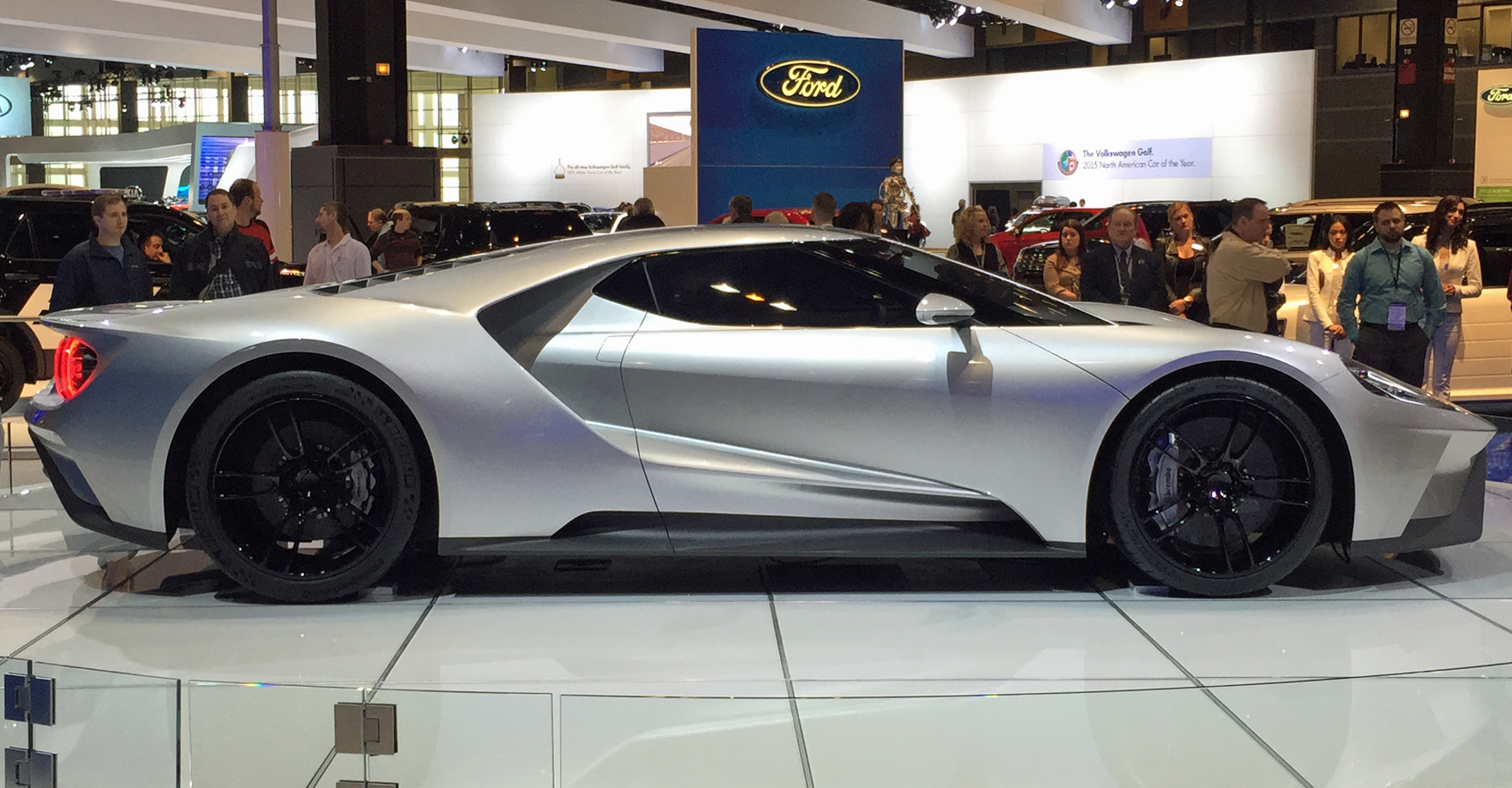 One month after the new Ford GT debuted at the Detroit auto show the car made its second appearance at the Chicago auto show. The global debut GT was painted a shimmering shade of “Liquid Blue” with no stripes. The Chicago auto show car wore “Ingot Silver” with wide, dark gray (“Alloy”) stripes. As in Detroit, the car drew a consistent crowd throughout both Chicago auto show press days. 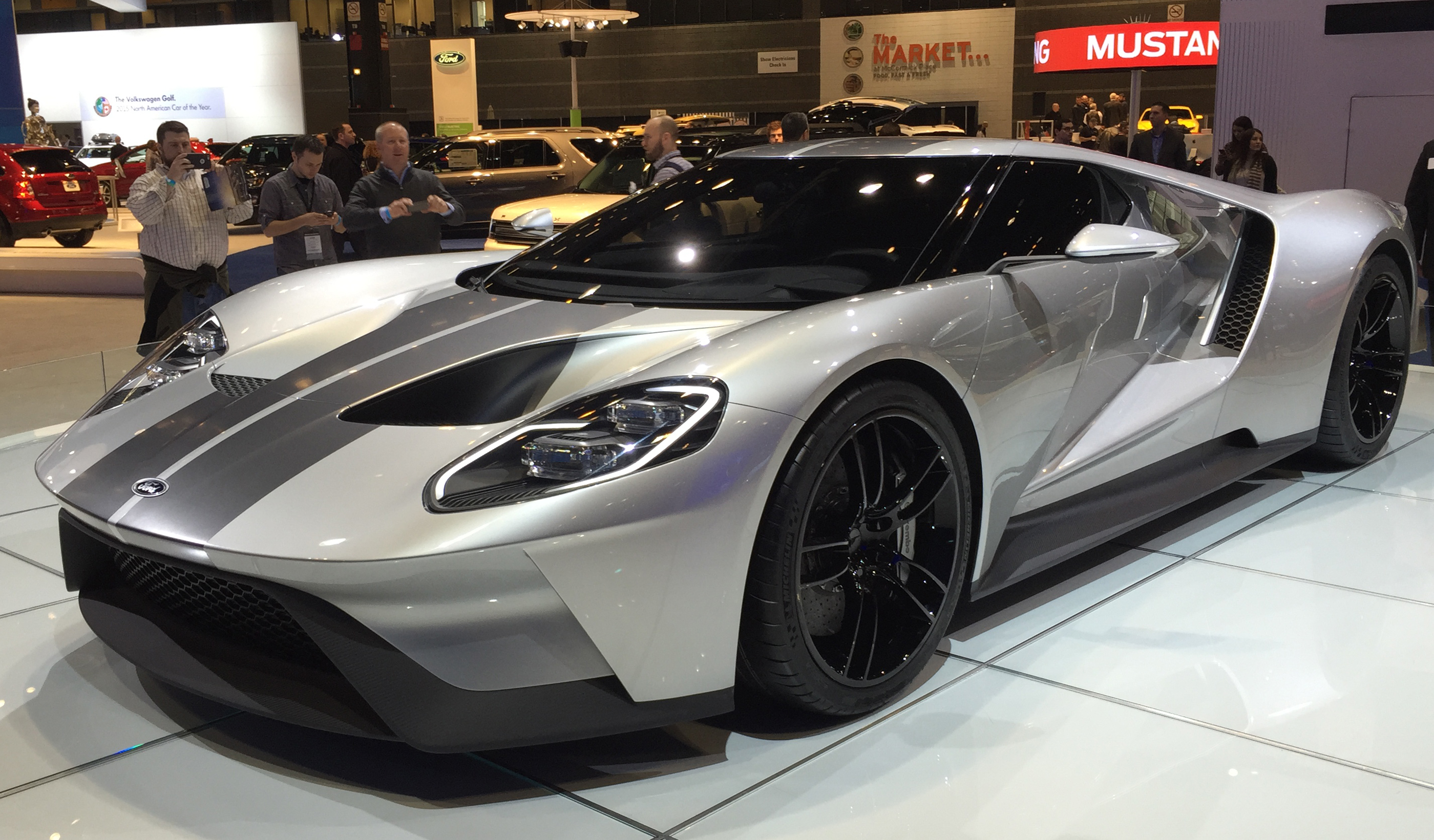 It’s worth noting the stripes on the silver Ford GT were wide enough to bleed into the air ducts on the hood, similar to their pattern on the 2005-2006 Ford GT. The reaction from GT fans was mixed, with some feeling the stripes were too wide and others thinking they looked fine. Apparently Ford agreed with the former group, as the stripe width on the production cars is narrow enough to fit between the front air scoops.

Details on the new Ford GT remained scant at the Chicago auto show, with everything from price to horsepower, weight and production numbers still unknown. But just seeing the new GT in another color added to my excitement about the car. I’m generally not a huge fan of silver simply because it’s such an over-exposed color these days. But the new Ford GT looks amazing in silver, suggesting it shares the same perfect design traits as the earlier Ford GT: when you have a perfect design it looks good in any color.