In October 2006 the first serious issue for the 2005 and 2006 Ford GTs surfaced in the form of failed axle bolts. Owners experienced the problem in the form of lost power delivery to the rear wheels when the axle bolt heads sheared off and the axles fell out of place. This often happened as GT owners pulled away from a stop sign or a low-speed parking lot maneuver. After some back-and-form between Ford GT owners and Ford Motor Company an official recall was issued to install stronger replacement axle bolts, but that took several months. The odo crossed 6,000 miles this month. 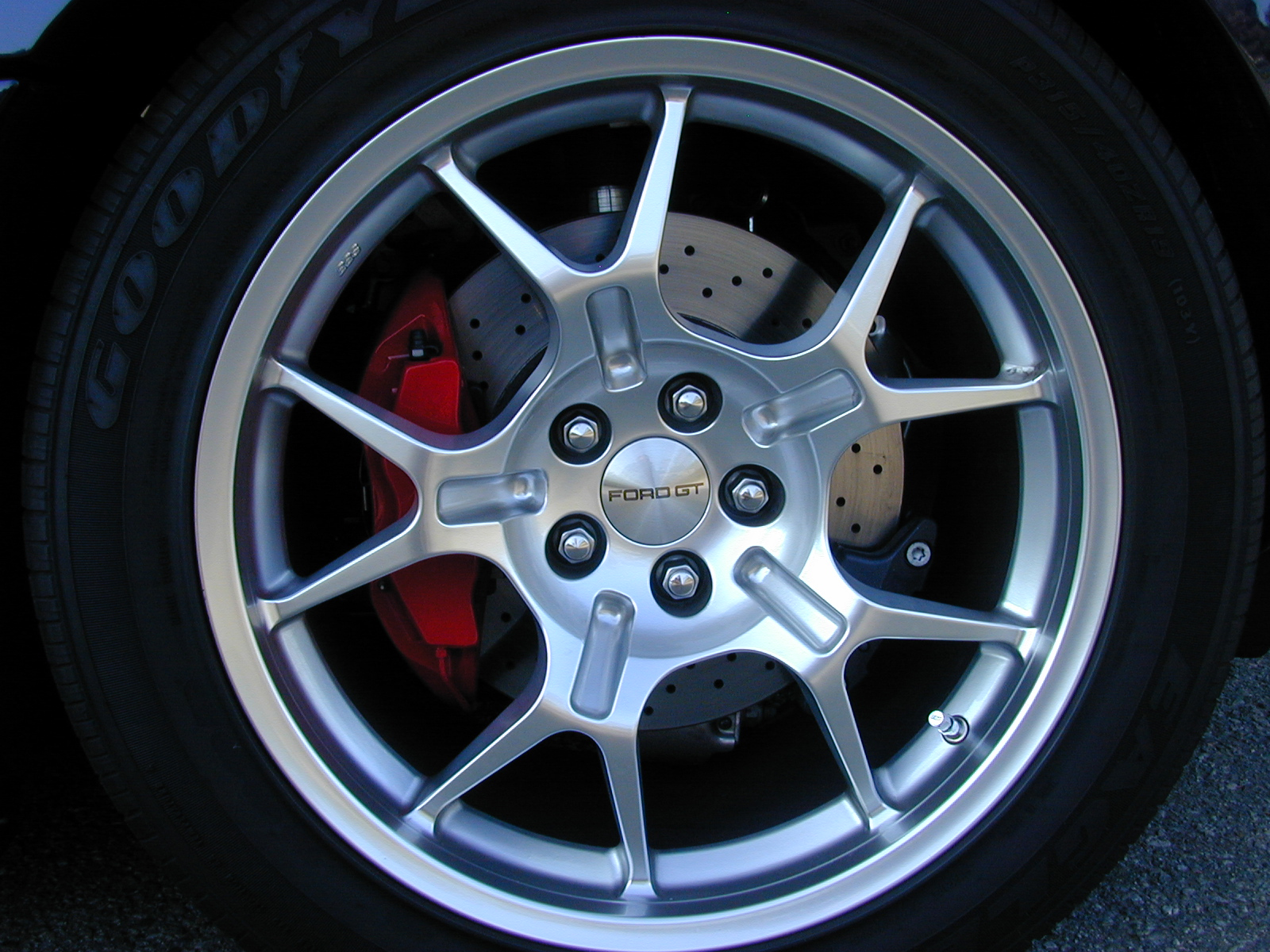 Like most GTs, ours has the optional BBS wheels. In my opinion the standard wheels actually look slightly better than the optional units, but I’ve always preferred fewer, thicker-spoke designs versus numerous, thin-spoke wheels. The factory wheels use a rather basic six-spoke design that matches well with the GT’s classic shape. The 10 spokes on the BBS wheels border on looking too “busy” for my tastes, plus they’re more difficult to clean…

However, according to the Ford GT team members I’ve spoken with, the design of the BBS wheels was driven almost completely by function. In other words, the look of the wheels also serves a functional purpose of being about as light as possible while still offering the strength the GT team needed from the wheels. In this case, the total weight savings when going from the stock wheels to the optional BBS wheels is over 32 pounds. Remember, that’s 32 pounds of unsprung weight, which is even more important in terms of driving dynamics than curb weight.

For that kind of weight savings (and performance enhancement), I’m happy to have the “busy” wheels. 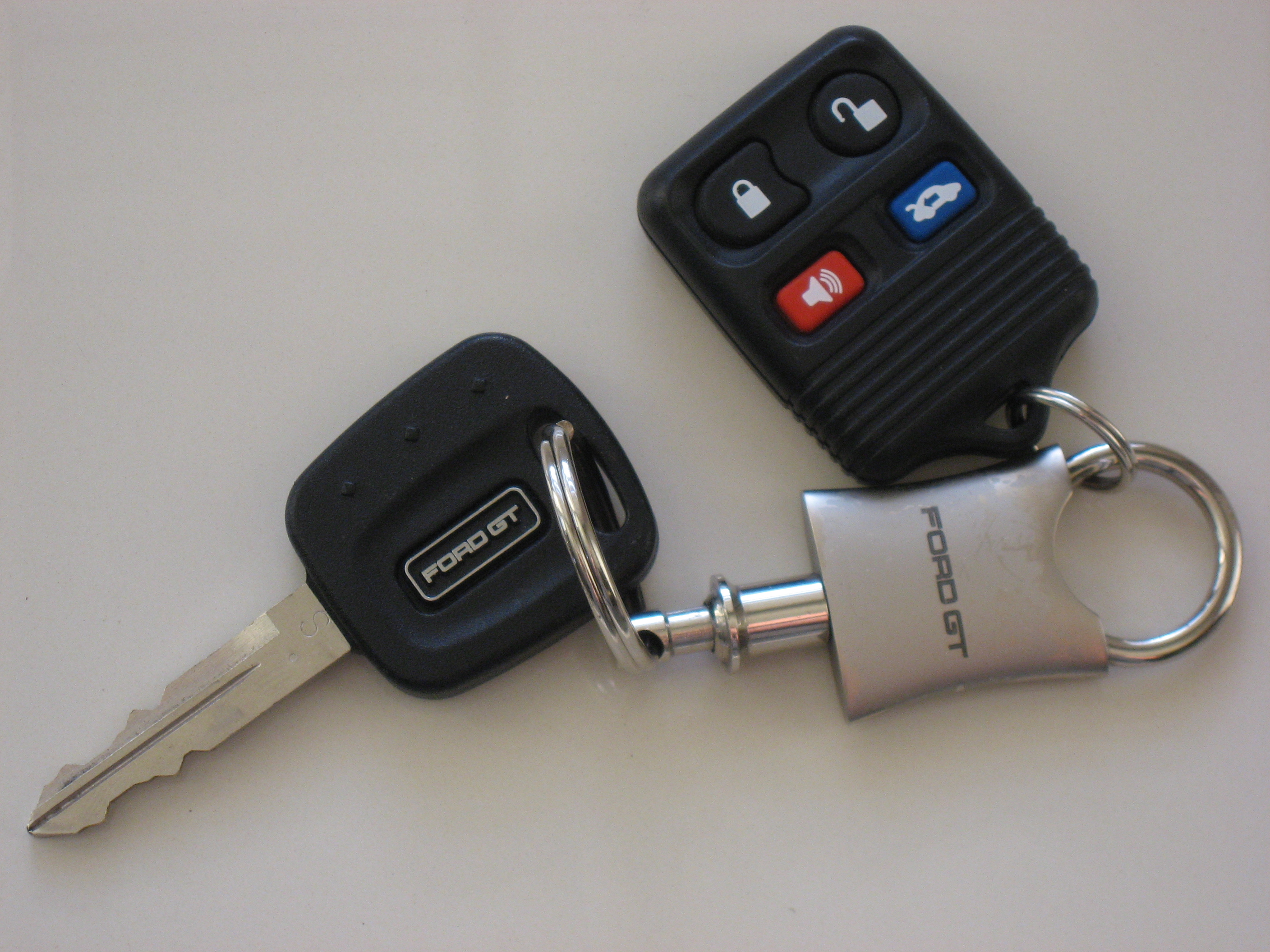 When you’re a company as large as Ford, and you decide to make a limited production exotic car, it’s not easy to justify all the “little things” that, say, Ferrari or Porsche do for their limited production vehicles. Look around the GT’s interior and you see plenty of “parts bin raiding” in terms of switchgear. While that’s not my favorite part of the GT, I think one of my least favorite parts of this “parts-bin shuffle” is reflected in the plastic key fob that could easily be confused with a Focus or Taurus key chain. You do get a tiny “Ford GT” printed on one side of the key itself, but otherwise it’s all standard-issue stuff…

Aftermarket companies like Steeda offer an upgraded key fob that is machined from aluminum. You can basically put all the factory key fob’s internals into the new, high-grade exterior case (however, it says “Steeda” on the outside). We haven’t gone that route, but a search on ebay located an upgraded, metal key chain that goes between the key and the fob for less than $15. And this one says “Ford GT” in the correct font. You do what you can. 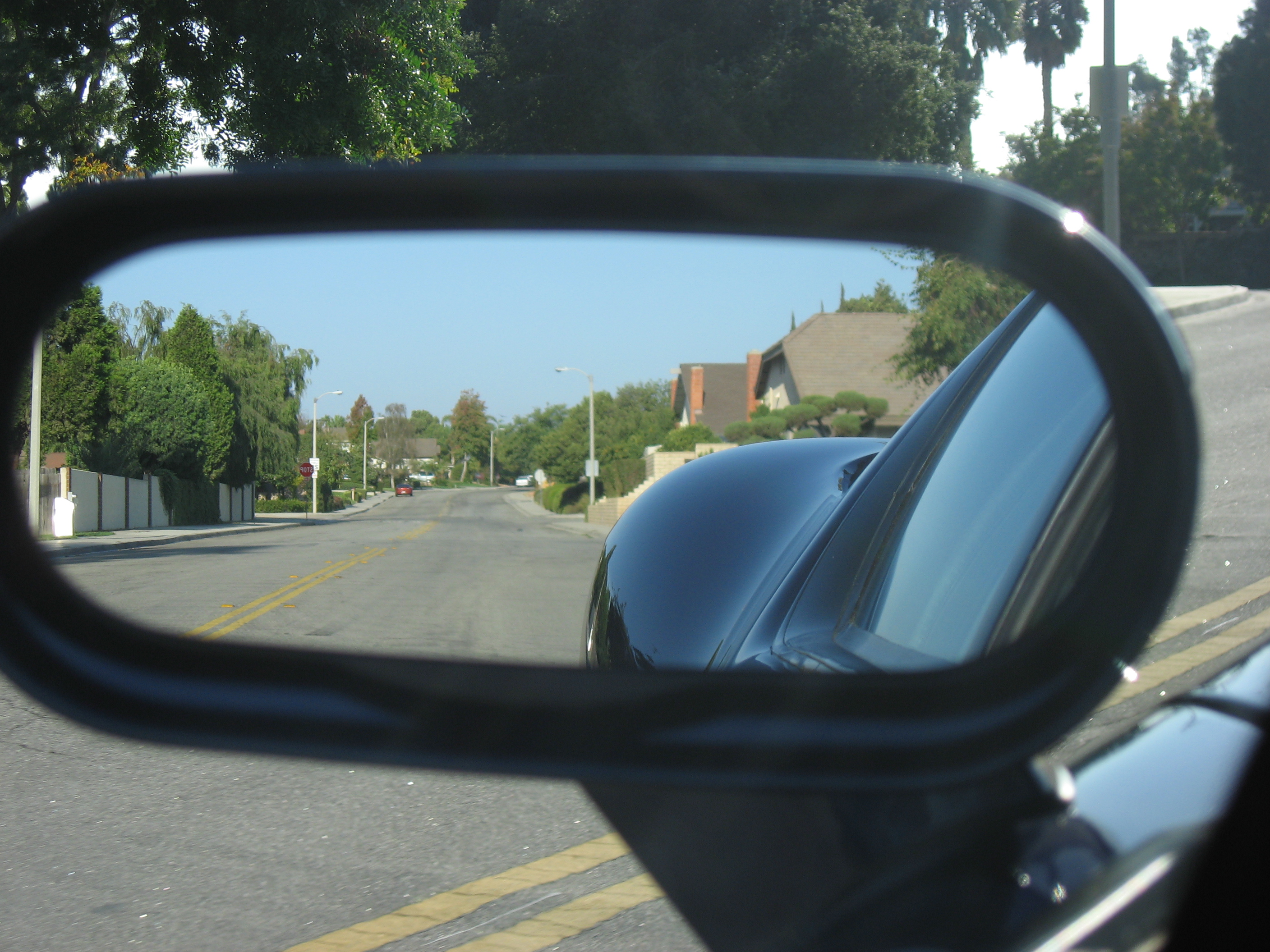 The GT’s body lines include “hips” over the rear wheels

The execution on the new Ford GT’s exterior shape is probably one of the car’s best features. And the best single element of the car’s exterior shape has got to be the “hips” located just below the rear window. Depending on how you adjust the exterior mirrors you can see those hips everytime you check your blind spots (which in the GT should be quite often — if you want to keep it in one piece).

Supposedly Lightning McQueen (from the movie Cars) was an amalgam of several high-profile performance cars of the last 50 years, including the GT40… 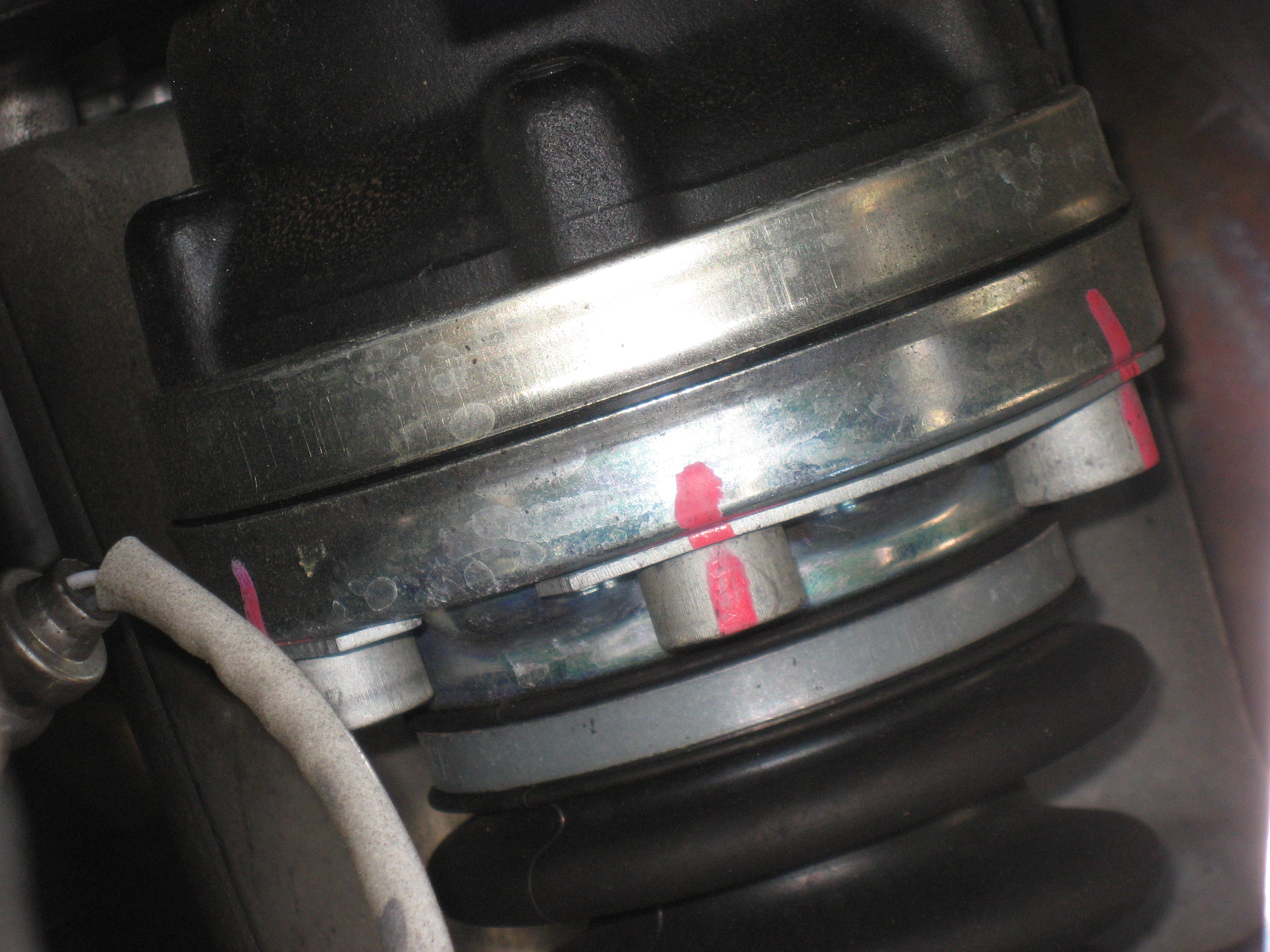 As the Ford GT approaches 6,000 miles there remain no major issues to report. However, there is a bit of concern regarding the half-shaft bolts where they go into the Ricardo transaxle. Several reports of these bolts backing out, and the half shaft sliding out of the transaxle, have appeared on the Ford GT owners’ forum. After weeks of back-and-forth between owners and Ford Motor Company a factory-approved fix has surfaced…sort of…

Essentially if your halfshaft comes loose any Ford dealer will fix it free of charge using an upgrade kit with different bolts/washers. However, if your half shaft hasn’t come loose yet there remains no clear answer. Some owners are finding it easy to get their local Ford dealer to fix the problem, free of charge, as a preventative measure. Others are being told “no recall/TSB means you pay yourself.” The cost is less than $200 and takes a couple hours, which, in terms of exotic car costs, is pretty cheap.

But one could argue with the merits of not doing a universal upgrade. Ford’s position is that less than 1% of all cars have experienced a problem (appears to be most prevalent in late 2005s through early 2006s), so it is a very isolated issue. As for our car, we are now checking the halfshaft cover on a regular basis to see if any signs of movement are apparent. So far, so good. We also plan to call our local dealer and, if they offer us a free fix, we’ll probably go ahead and do it. If we have to pay, we might still go for it. BTW, failure of the bolts eventually results in a loss of drive power to the rear wheels. Likely not a horrendous occurence in most cases, but certainly no fun, either.

UPDATE from 10/17 — After doing some additional digging it appears that using the CV cover bolts, pictured above, as an indicator regarding the condition of the internal axle bolts isn’t a smart move. If the interal bolts are loose or weakened there could be no warning indicators from an external inspection. The plan now is to get the vehicle to a Ford dealer for inspection and/or bolt upgrade ASAP. 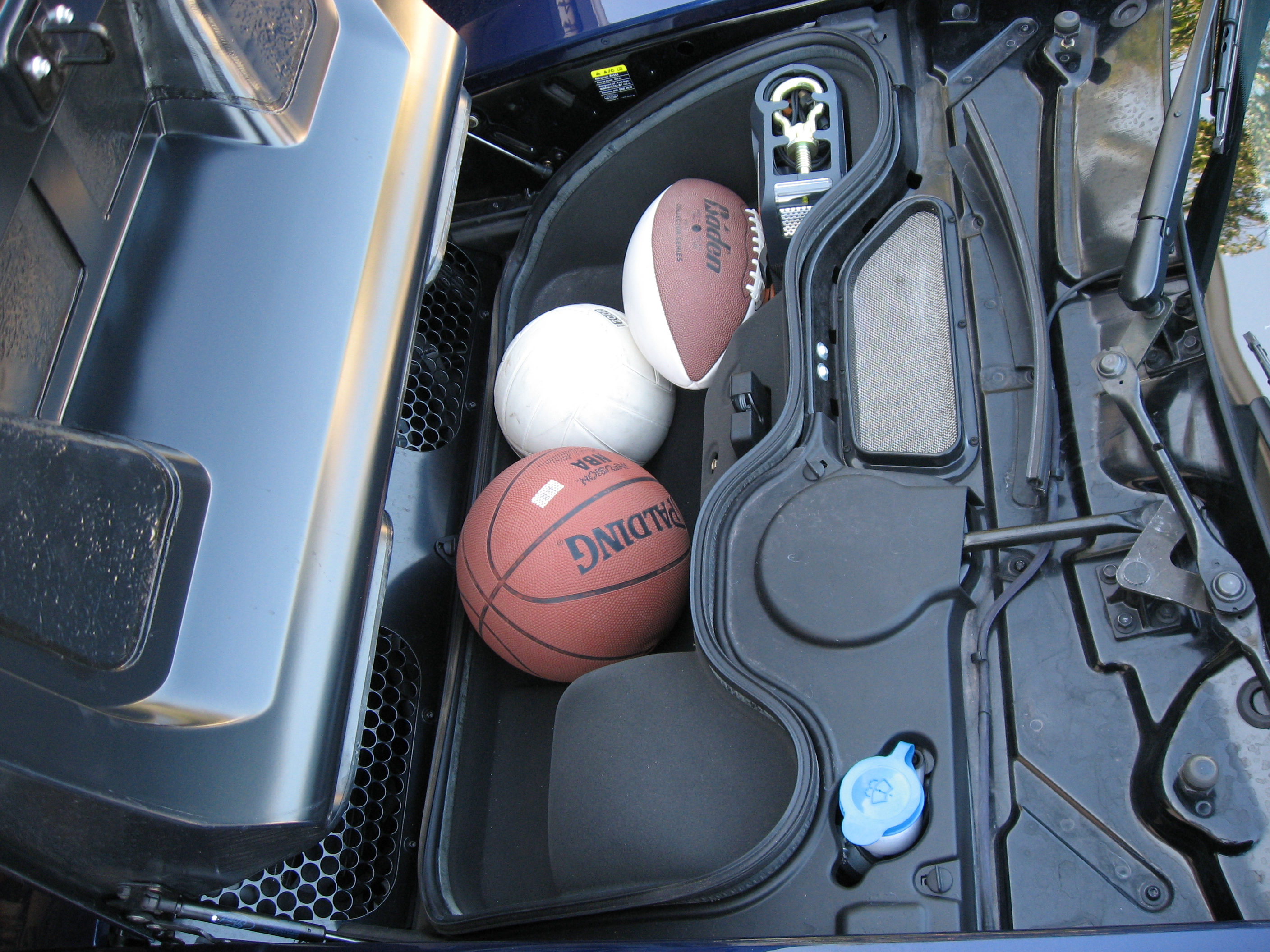 Sports cars, by nature, are short on cargo space. The Boxster does pretty good between its front and rear storage areas, and the last two generations of Corvette have offered plenty of space for a weekend getaway (a reflection of the cars’ business-class butt?). The GT goes a step beyond “sports car” cargo space and well into the realm of “ridiculous.” A regulation basketball won’t fit, though a volleyball and football might, if you position them carefully. Suffice to say, you won’t be bringing the better half’s weekend wardrobe along for a ride, unless you pay a chase vehicle to shadow your journey. Like the Prowler and MR2 before it (or the Solstice/Sky after it) the GT is about driving first, luggage…well, somewhere in the teens. 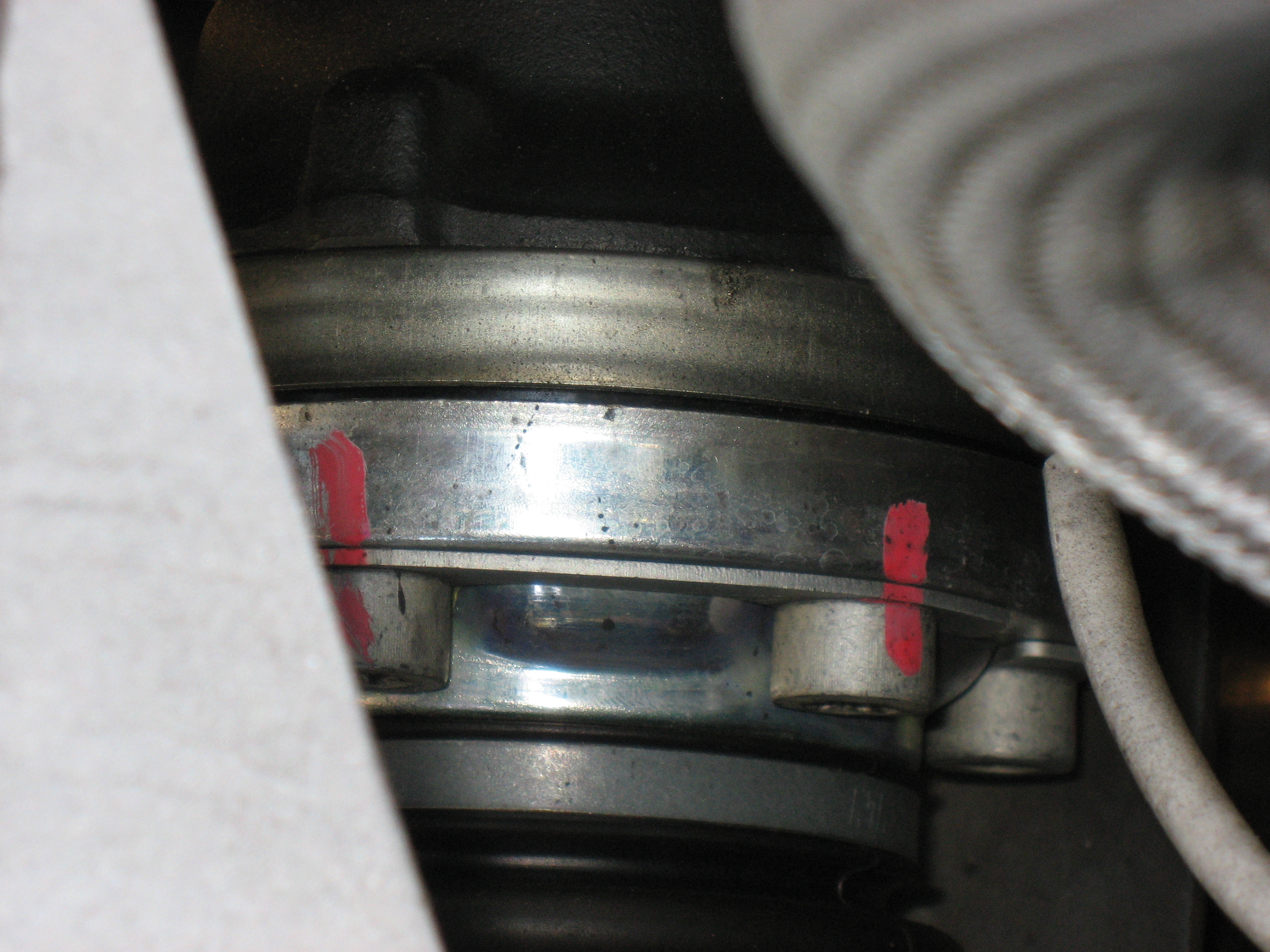 My Ford GT’s bolts never failed, but they were eventually replaced.

After a trip to Santa Monica Ford our Ford GT has new oil and a clean bill of health from their service department. Concerns over an impending half-shaft bolt failure haven’t been completely erased. But as the odometer clears 6,000 miles and the instances of bolt failure remain confined to late 2005 models through early 2006 cars we’ve decided to leave well enough alone and trust Ford’s claims that it isn’t a widespread problem. The service department at SM Ford was exceedingly polite throughout the service procedure and finished the oil change, fluid check and chassis inspection in approximately five hours…

Changing oil on the GT is a bit more involved than with, say, a Fusion. You have to pull the car’s rear belly pan and pump out a good chunk of the oil because of the car’s dry sump lubrication system. It also uses synthetic dino juice that costs a bit more than your average can of Penzoil. Total cost: $254. That may sound expensive, but for comparison you might try getting a 5,000-mile service on a Ferrari F430 and see how much it costs and how long it takes. 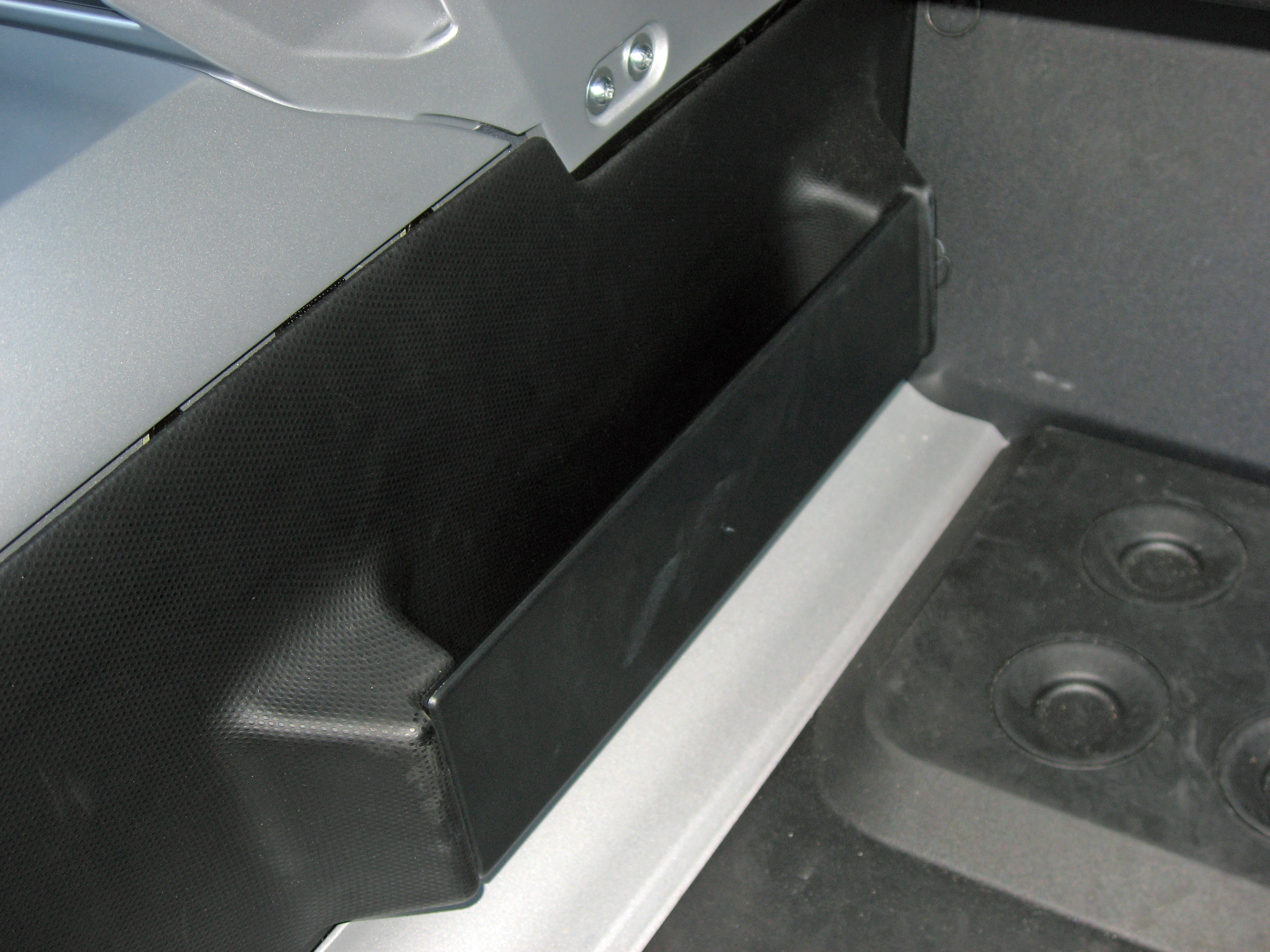 Ford GT Offers More Storage Space Than You Might Think

As you might guess, or may have heard, cabin storage isn’t the Ford GT’s best feature. If you’re one of the few people without the “upgraded” McIntosh audio system, you get a medium-sized pocket between the seats (we use it to hold both a leather CD case with 20 discs and a pair of sunglasses). Upon first glance it’s easy to think that’s the only storage in the vehicle (which means if you do have the McIntosh system, you won’t see any apparent storage in the GT’s cabin). But dig a bit deeper and several options appear. First, there’s a second storage pocket in the passenger’s footwell snugged up against the center console (pictured). It’s pretty narrow, so think map or registration envelope. We actually use it for the GT’s fuel log, but this car’s particular logbook is smaller (and narrower) than a deck of cards — as opposed the standard 6 X 9 spiral notebook we use in the other vehicles. Drivers have gotten very good at priting in very small letters and numbers.

There’s also a small, stretchy pouch on the front of the driver’s seat (think marsupial), though it took several months of ownership to even discover that one. We still haven’t put it to use. Finally, behind both seats are numerous hanging pockets cut into large pieces of canvas paneling. In these we’ve stuck the owner’s manual, a small towel, a small flashlight, a digital tire pressure gauge and all insurance/registration paperwork — with empty pockets left over.

One last item to consider: the GT has plenty of legroom. So much, in fact, that anyone shorter than 74 inches will need the seat well ahead of its rear-most position. This means a healthy bit of space behind the seat backs and the rear bulkhead, space that can handle jackets, large water bottles and even tall (if relatively narrow/shallow) boxes. Trust us, we’ve used this space for each of those items on more than one occasion.

It’s still no Honda Odyssey, but with a little creativity the Ford GT has more cabin storage than you might initially assume. 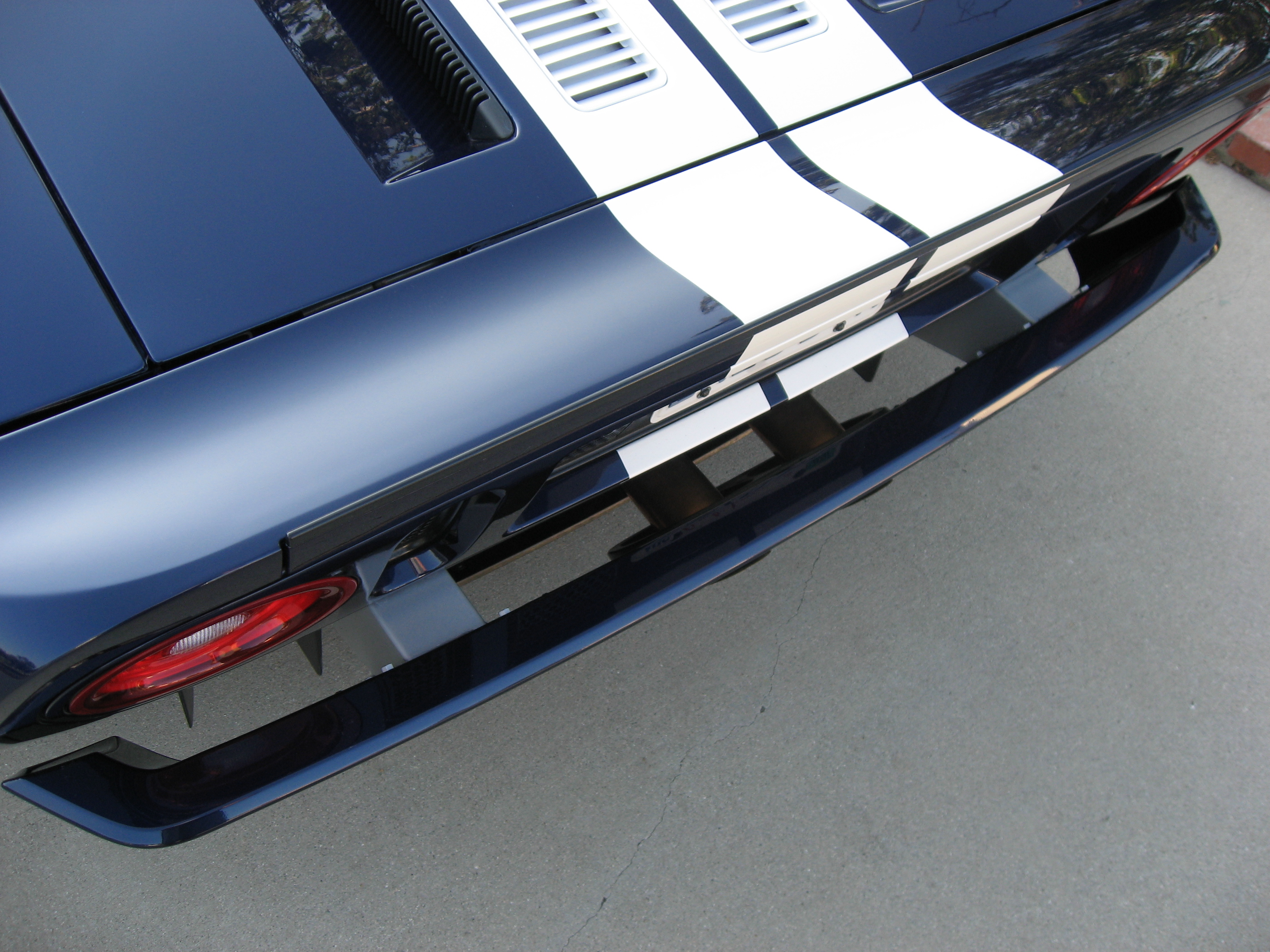 The Ford GT’s rear bumper is subtle, but some owners still remove it.

When a car first debuts in concept form there are numerous rules and regulations it doesn’t have to follow. Certain styling elements that might take away from its overall appearance on the auto show floor (such as mirrors, parking lights and bumpers) are often eschewed in the name of visual impact. The original Ford GT40 concept car that rolled into Cobo Hall at the Detroit Auto Show in January of 2002 is a perfect example. Look at that concept’s pictures and you’ll see no rear bumper or parking lights (it did have exterior mirrors)…

But once a car is green-lighted for production a whole new set of rules roll in from various government agencies, each with their own unique acronym (DOT, EPA, NHTSA, etc., etc.).

The GT40’s transformation from concept to production was remarkably successful considering the time and styling constraints involved. But Ford couldn’t keep the name for legal reasons, and a rear bumper was added. However, unless you stand close behind the car and look straight down you might never see it. Some owners have gone through the trouble of removing the rear bumper (which also requires cutting the exhaust tips to keep them flush with the rear end), but I don’t think it’s justified.