In October of 2008 I met up with a friend of mine in Central California. At the time he had a 2008 Chevrolet Corvette with the Z51 performance package. Over the course of several hours we cruised the twisty roads between Delano, California and the 14 freeway. We even took the time shoot some video.

The Ford GT is the only mid-engine V8 sports car ever made in America, but that doesn’t mean it’s too good to hang with another American sports car icon, the Chevrolet Corvette. A friend of my owns a 2008 Corvette with a manual transmission and the Z51 performance package. While not a Z06 or ZR1, a Corvette with the Z51 package still provides all the performance most drivers can prudently exercise on public roads. 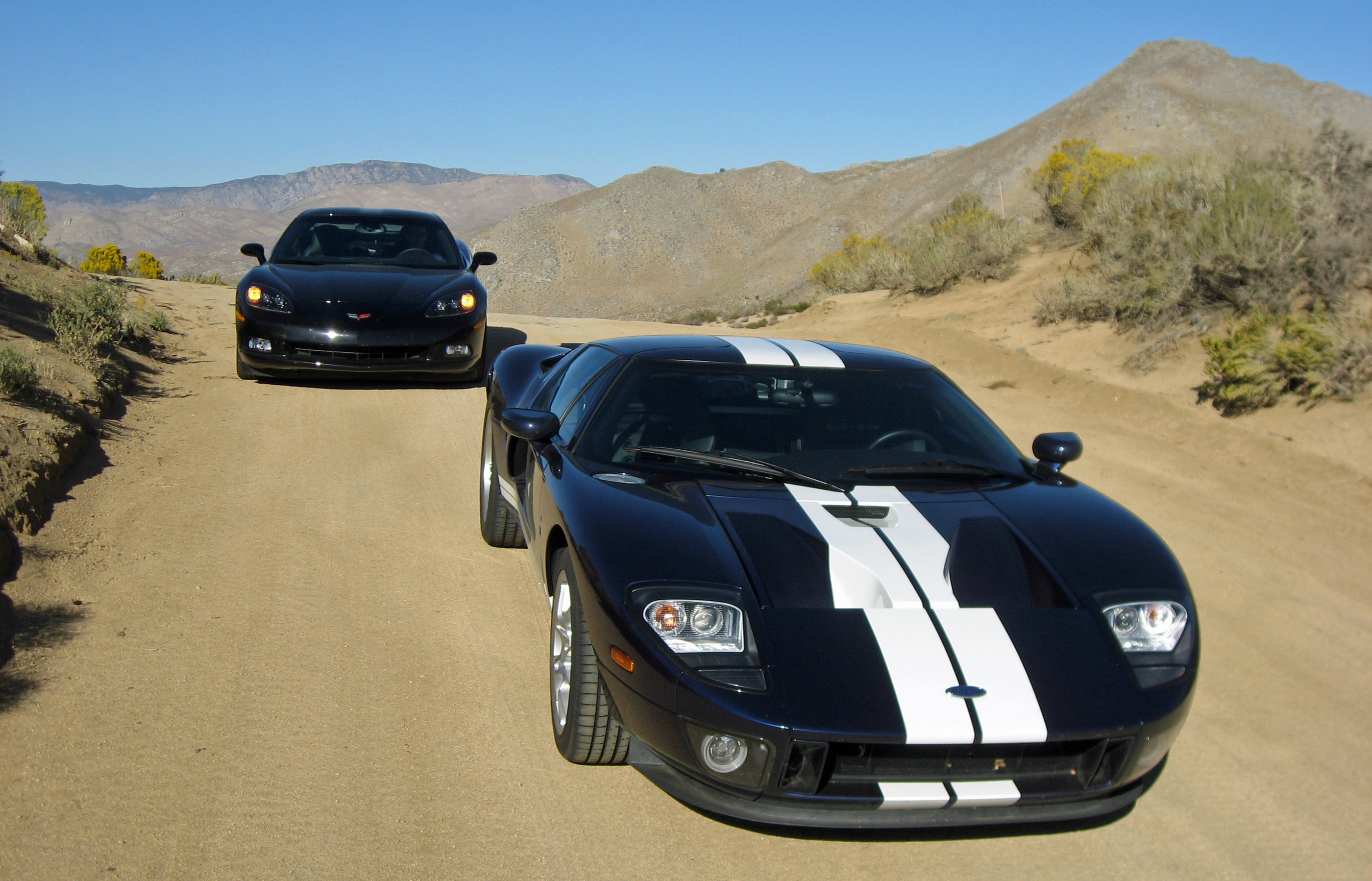 A little exploring led to an unexpected end of the pavement, so we turned around

For this drive we chose the roads of Central California between Delano and the 14 freeway, where traffic was light and the performance of these two sports cars could be experienced. We even switched places a couple times to get a sense of how these cars stack up against each other. At one point we followed Google maps down a road where the pavement ended, at which time we turned around after a short photo op.

Not surprisingly, the Ford GT feels quicker because it’s making about 200 more horsepower. However, the naturally-aspirated V8 in the Corvette allows its torque to hit like a hammer, with zero waiting for boost to spool. This trait was appreciated during initial throttle tip-in coming out of corners. Of course the GT piles on power without hesitation once the boost hits, giving it the ultimate advantage despite the momentary torque response of the ‘Vette.

Steering feel and overall handing are solid for both cars, though the GT again has the advantage when the pace switches from intense to aggressive. Both cars offer a throaty V8 rumble and confident stability up to, and beyond, triple-digit speeds (though of course we didn’t do anything of that sort on this drive…in the middle of the central valley…with no one around). If you can’t afford a Ford GT, the Chevrolet Corvette delivers a ton of performance at a very low cost of entry. The prices of Corvettes on the used market make them a screaming performance bargain.