Another weekend means another car show in Southern California. In fact, every Sunday there’s a car show called Supercar Sunday in Woodland Hills, northwest of Los Angeles. While this show happens every weekend, there’s often a vehicle theme at Supercar Sunday that celebrates a specific model. In September 2014 the celebrated model was the Ford GT. 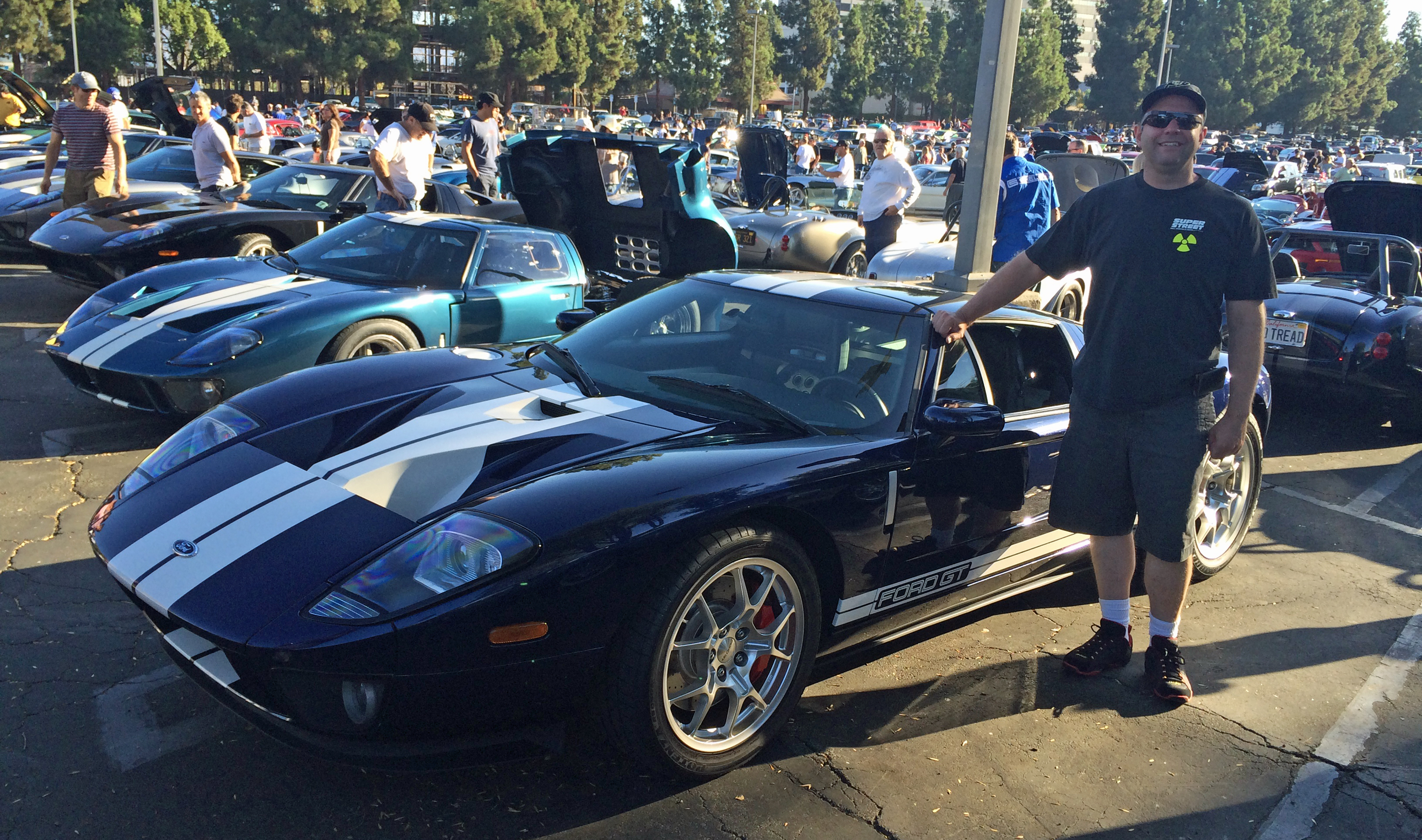 Woodland Hills is about 80 miles from my house in South Orange County, which meant I had to get up around 5 am and get on the road before 6 am to get to Supercar Sunday in time. When a vehicle is celebrated at this show all corresponding models are lined up in the front two rows. By 8 a.m. about 18 Ford GTs had arrived and were lining the parking lot. Multiple Midnight Blue, Tungsten and Centennial White GTs made an appearance. Surprisingly, there were only two Mark IV Red Ford GTs (the GT’s most common color). 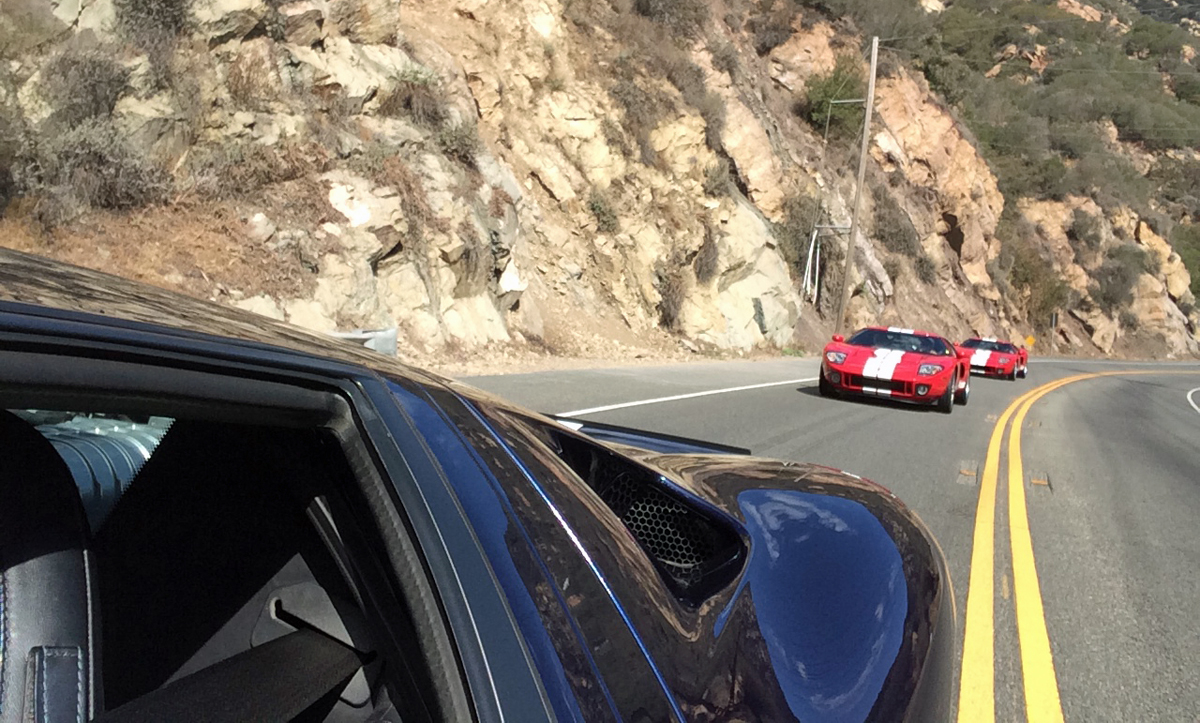 After the car show several Ford GTs made they way to Malibu for a brunch. It’s always fun when Ford GTs get together on public roads, as they continue to cause quite a stir even a decade after going on sale. The drive to Malibu and brunch included a Jerry Seinfeld sighting, along with his then-new Porsche 918.