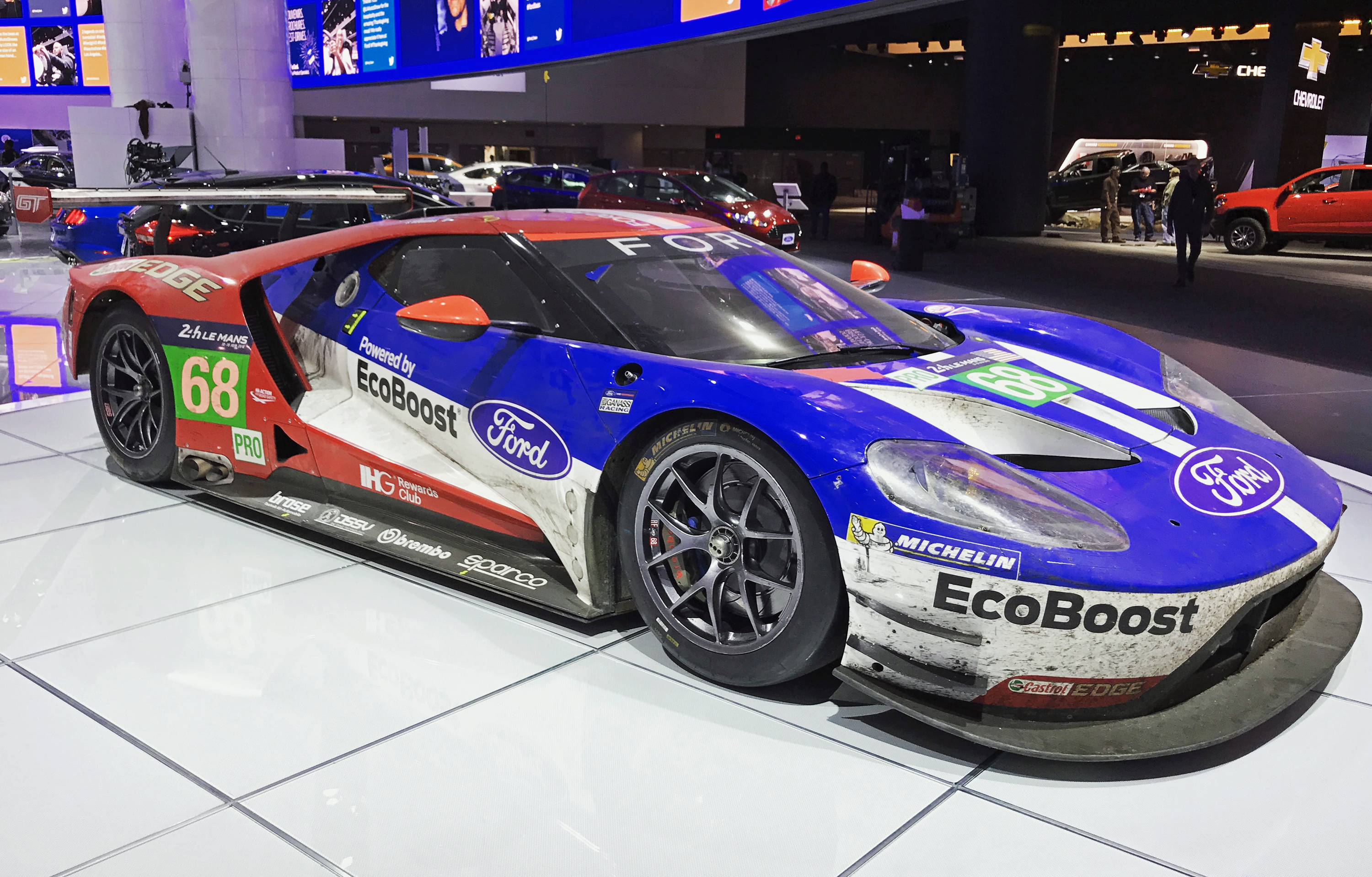 Beyond the debut of a new Ford GT in Liquid Red there was another special car in Ford’s booth at the 2017 Detroit Auto Show. It was the 2016 Le Mans-winning Ford GT race car driven by Joey Hand, Dirk Muller and Sebastien Bourdais. It was covered in dirt and displayed several scrapes and breaks throughout its body panels. Many people wondered why the race car would be displayed at the Detroit Auto Show looking so beat up and grimy. 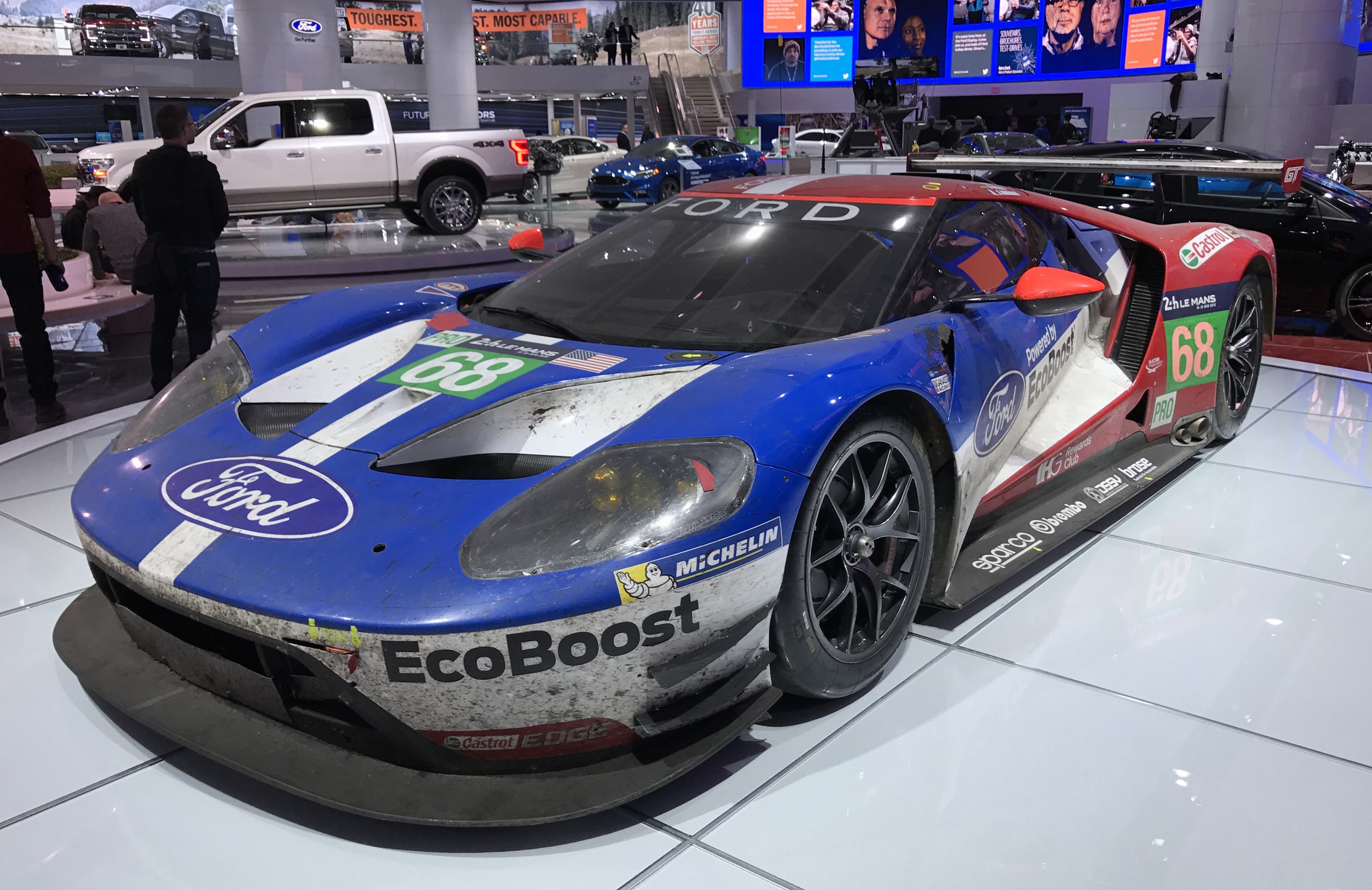 One evening during that Detroit Auto Show’s press days I ate dinner with Ford executives, including Bill Ford Jr. He told me many people were asking him why Ford didn’t clean up its Ford GT race car. I told Bill, “That Ford GT is wearing genuine Le Man-winning dirt. Please don’t ever clean it.” He nodded knowingly and we both had a good laugh.