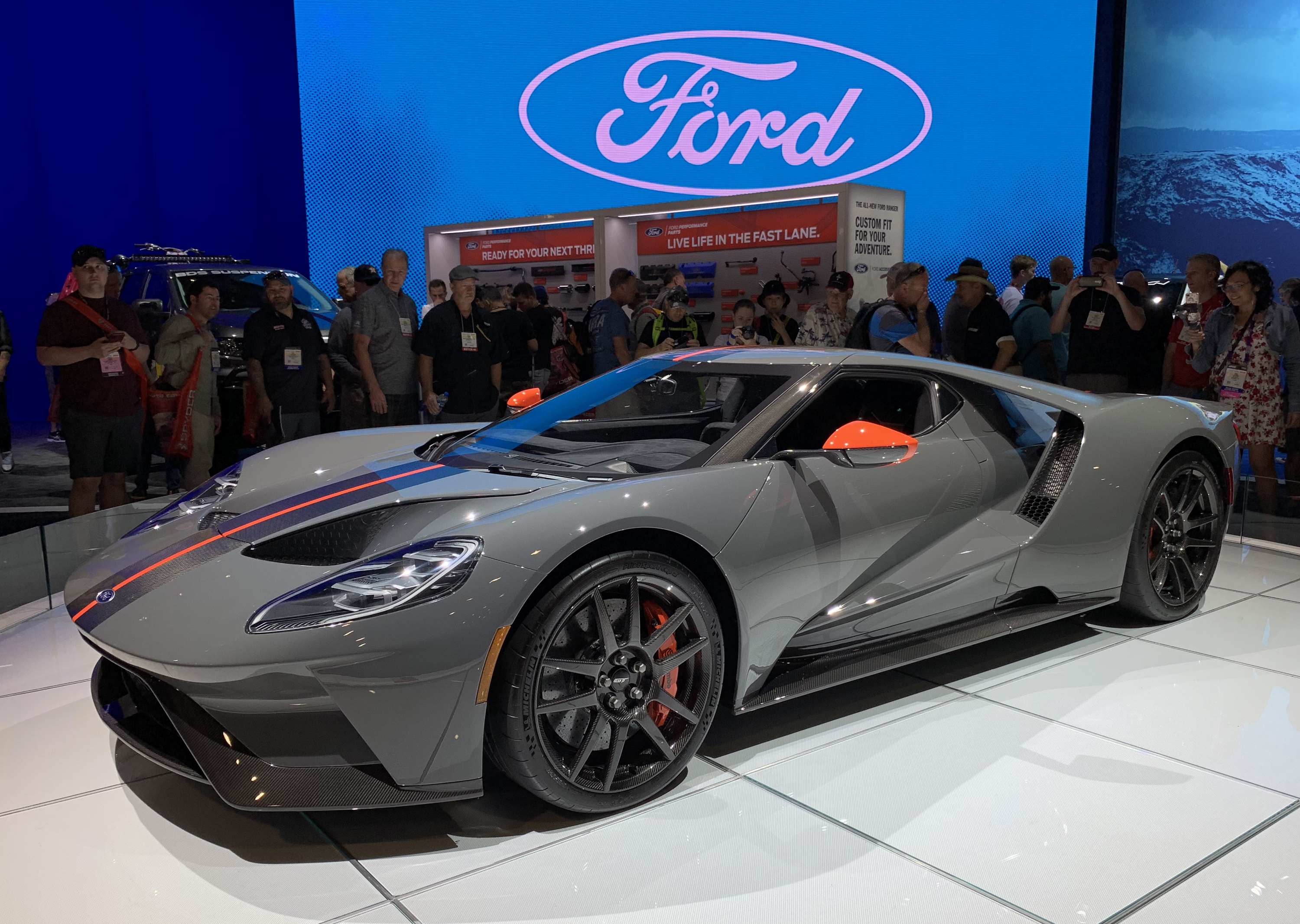 For those looking to experience the Ford GT Carbon Series’ world debut with a front row seat, here’s video footage with Hermann Salenbach, Global Director of Ford Performance, introducing the all-new version at SEMA. I’ve posted several images too, including some close-up shots of the carbon fiber weave in the exposed carbon fiber stripes. 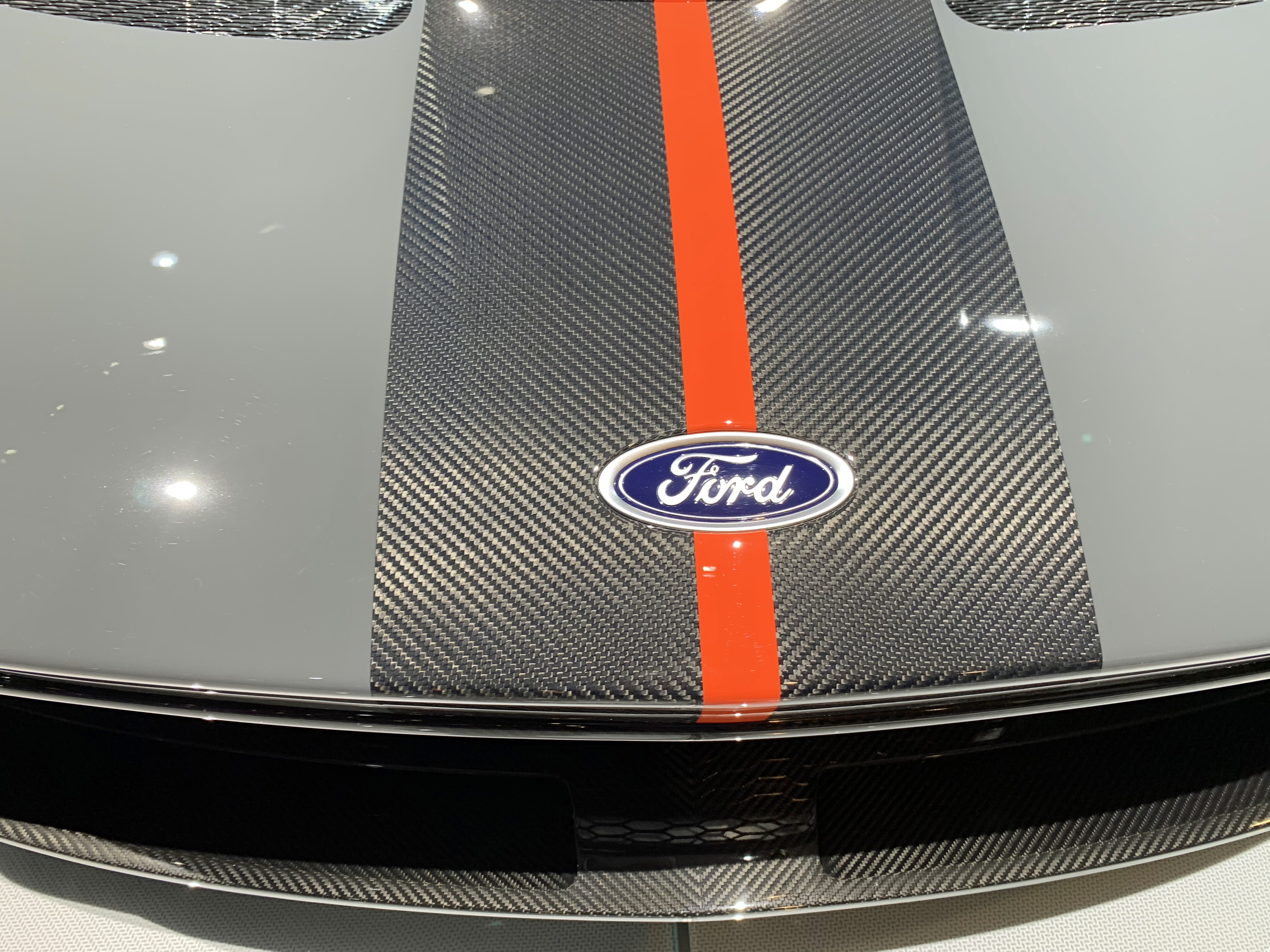 The exposed carbon fiber stripes are unique to the Carbon Series

This version of the Ford GT Carbon Series, painted Leadfoot Gray, wears a factory Ford color that’s popular on Raptors but not officially offered on the Ford GT. But like any shade, if you pay extra when ordering your new Ford GT you can have it in any color you want. 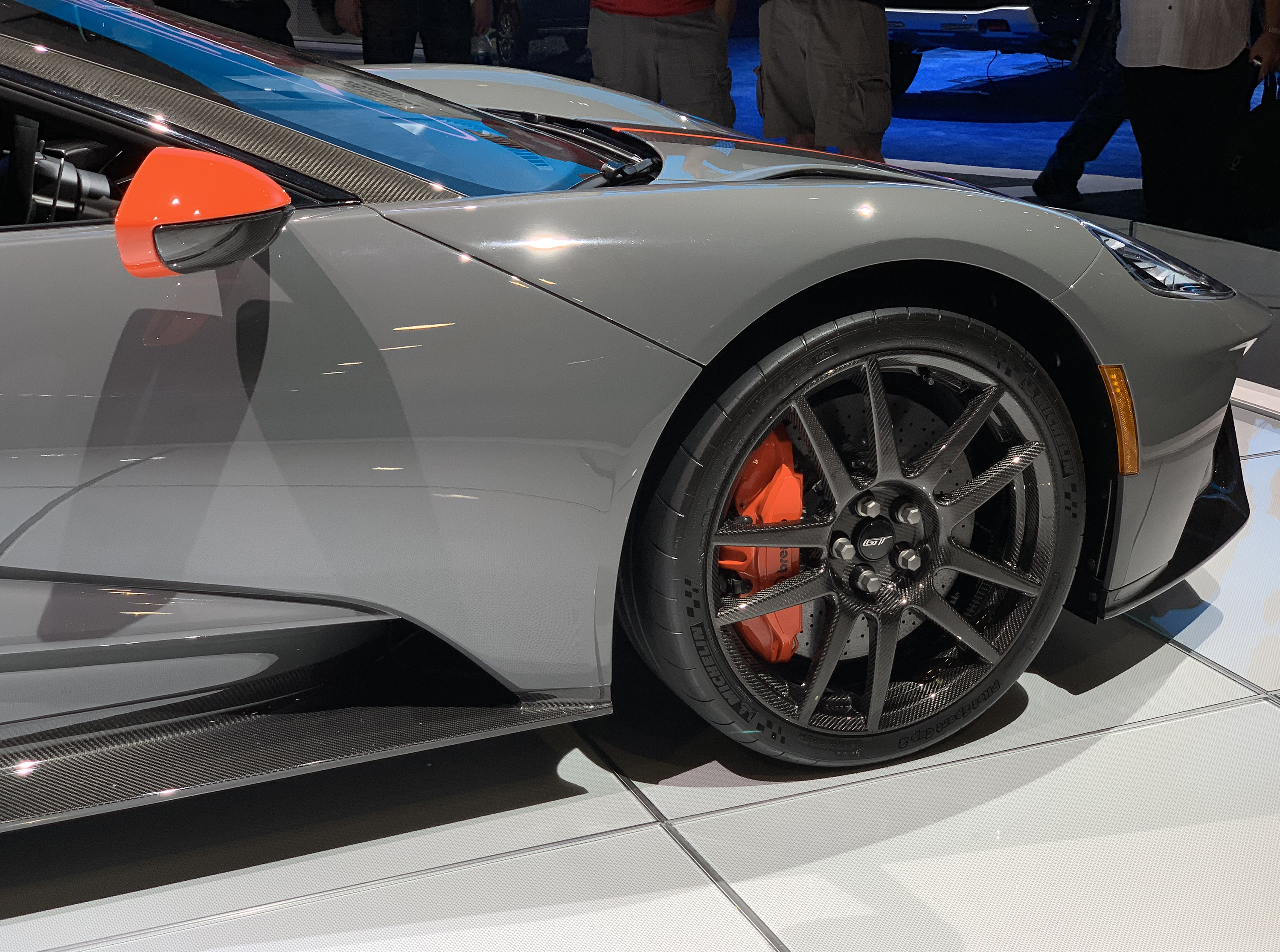 I like my Liquid Blue Ford GT with Race Red accents (mirrors, brake calipers and center stripe), but under the lights of SEMA Leadfoot Gray with orange accents looks pretty good, too.