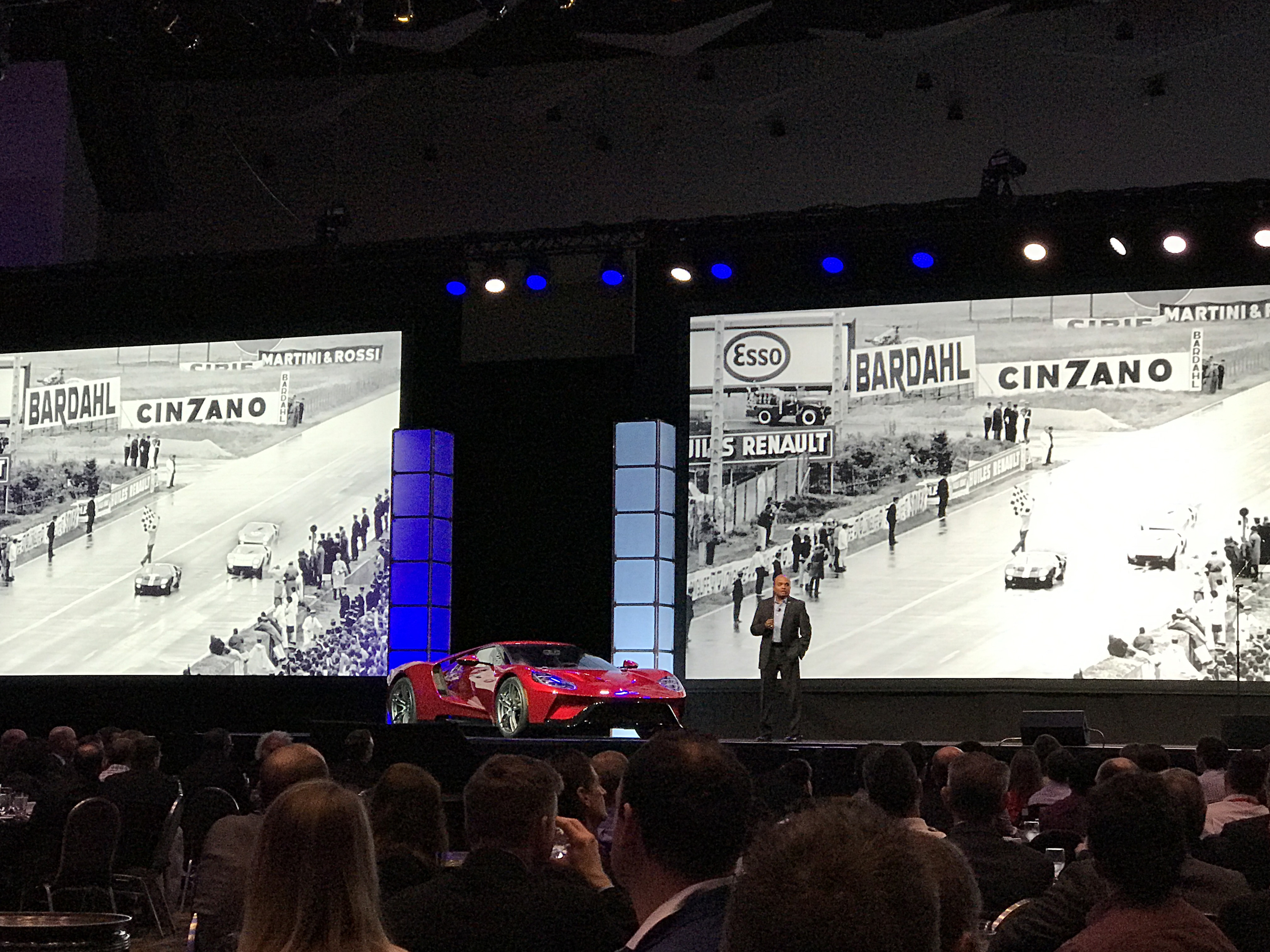 On April 5, 2017 the Society of Automotive Engineers (SAE) held an event in Detroit to celebrate the design and engineering aspects of the new Ford GT. The event was attended by members of SAE, Larry Holt of Multimatic (the company building new Ford GTs) and Ford GT team members, including Raj Nair.

I was able to time a business trip to Detroit with the SAE event. I wanted to hear what the new Ford GT design and assembly team had to say about the car, even if much of it would likely would go over my non-engineer head. I also wanted to get yet another look at the new Ford GT. 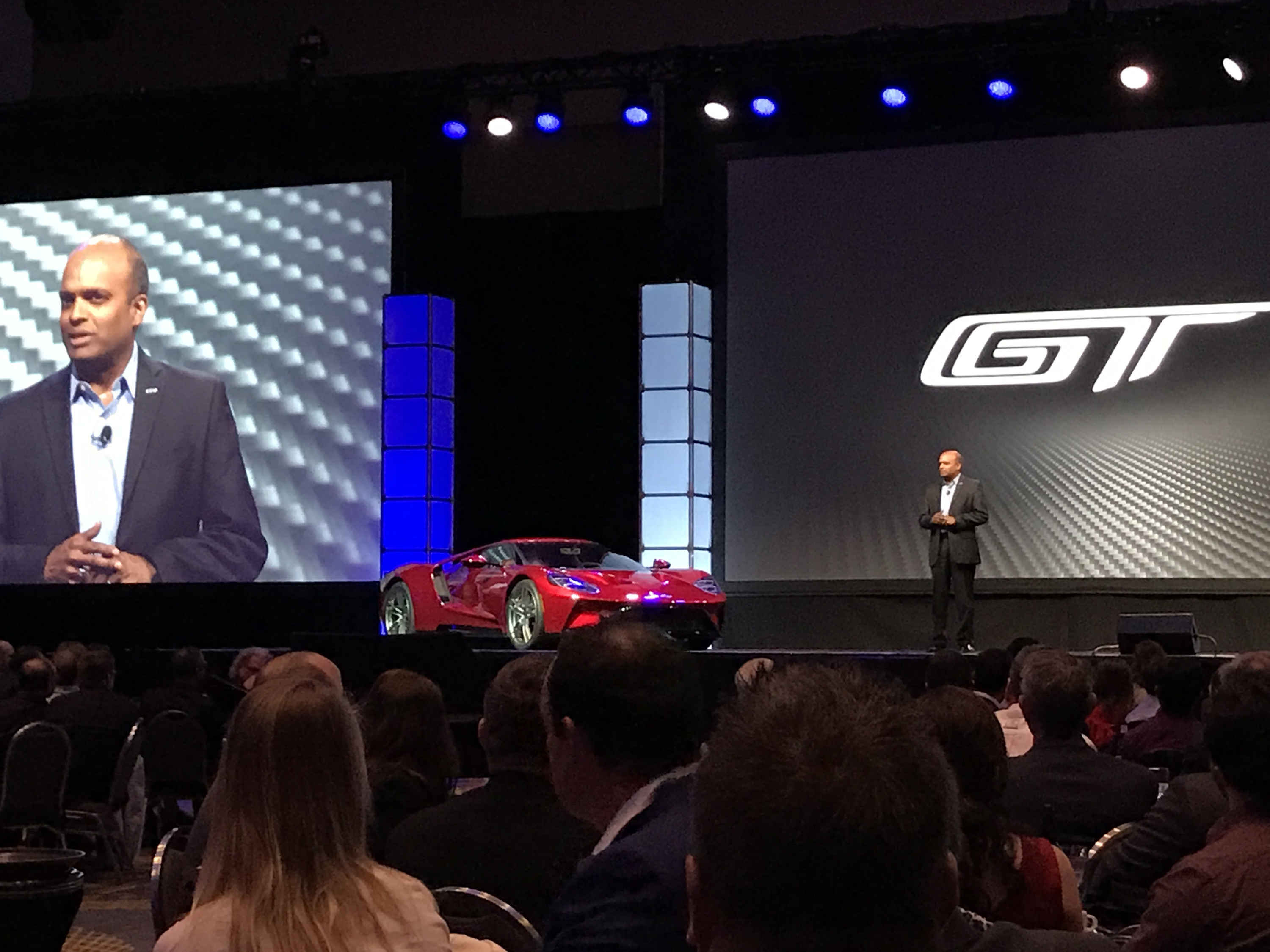 After a fine dinner Raj Nair took the stage and gave the first detailed description of how the new Ford GT came to be. Essentially, Raj wanted to race — and win — at Le Mans. He and his team first looked into heavily modifying a Ford Mustang to make it race worthy. It was quickly apparent the Mustang would never be competitive, no matter how much Ford modified it. 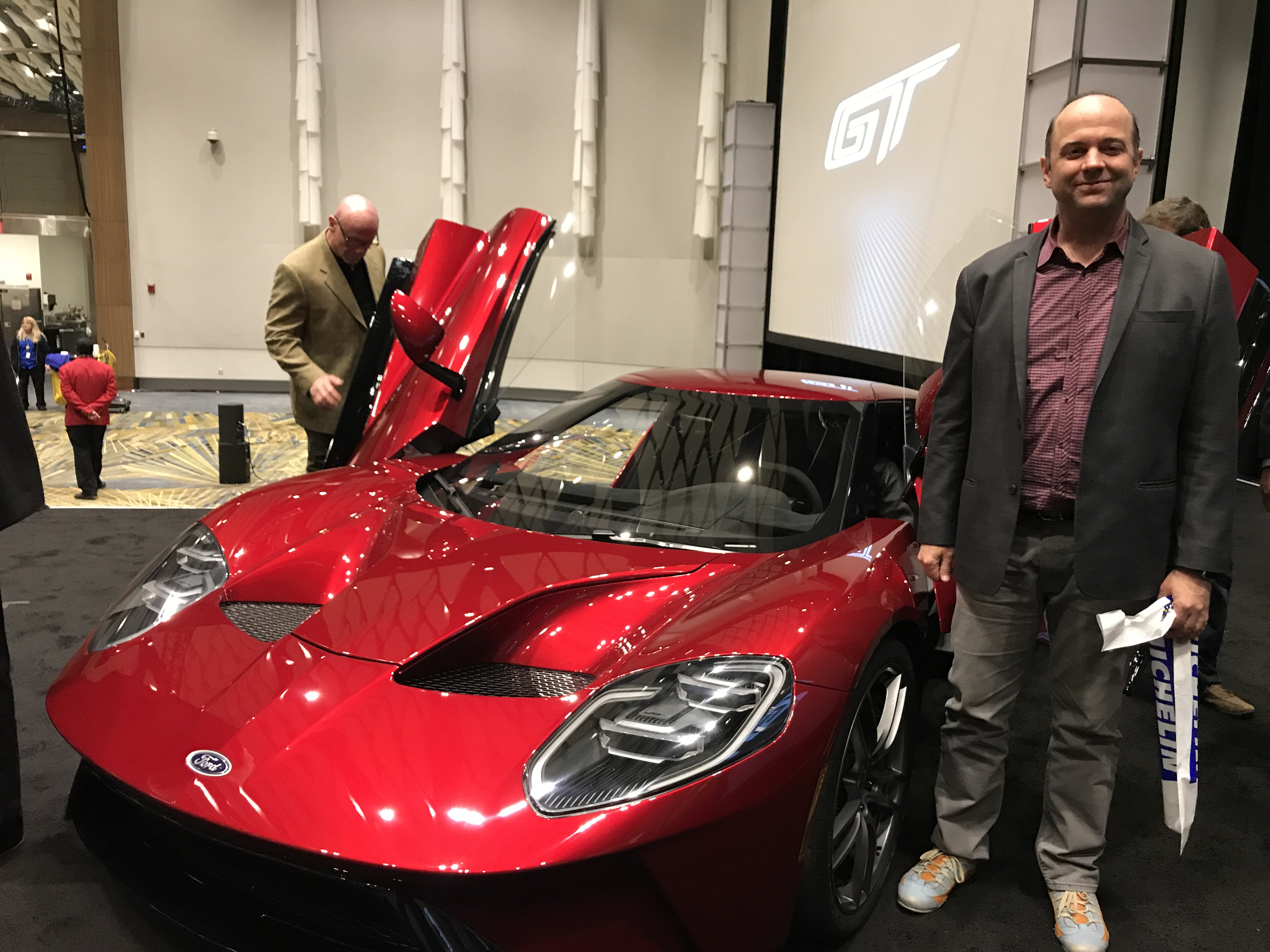 The only other viable option? Build an entirely new race car from scratch, but make it capable of serving street car duty, even if the cost of such a specialized vehicle was high and the total production number was low. The result, after more than a year of secret development in the cellar of Ford’s Product Development Center in Dearborn, is the new Ford GT. Truly a race car for the street.