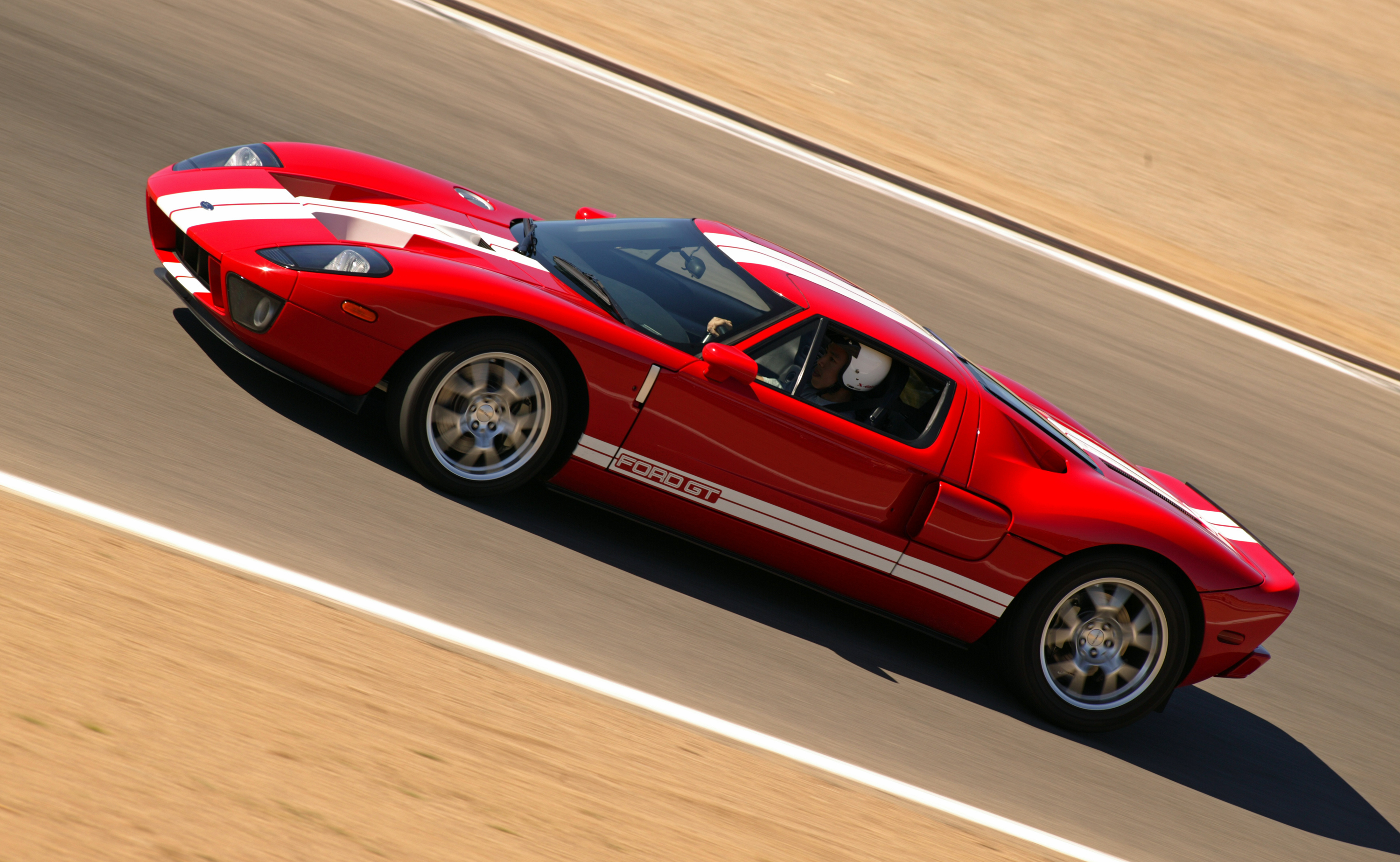 Months before my Ford GT arrived in August of 2005 I had a story idea. I thought it would be fun to set up a Sony Playstation console with the (then) latest Gran Turismo 4 driving simulator and see what kind of lap times could be pulled at a virtual Mazda Raceway Laguna Seca. Then, after driving the virtual lap times I’d take the same cars from the game and drive them around the real Laguna Seca. And because the “hero car” for Gran Turismo 4 was the 2005 Ford GT that car would also be the hero car of the story. (Quick side note: Top Gear did the same story, which might lead you to believe I stole the idea from them. The problem with that thinking is that I did the story 4 months before Top Gear, which, of course, means they stole the idea from me! Wankers…)

I shared this idea with Ford’s PR team in the summer of 2005 and they liked it, so we arranged the use of Laguna Seca on August 29th and 30th of 2005. This was shortly after I ordered my GT, in April of 2005, and months before it arrived on August 23, 2005. But never let it be said I don’t love serendipity. My car arrived less than a week before our scheduled test at Laguna Seca, which meant I could drive my Midnight Blue GT up to Monterey and hang with Ford’s Mark IV Red GT press car (along with several other test cars being driven on a virtual and real Laguna Seca). Following is the Ford GT vs GT4 story that ran in September of 2005.